Home POLITICS “My apologies to all, I have decided to forgive my offenders
… Read Gov Umahi’s Plea
POLITICS

“My apologies to all, I have decided to forgive my offenders
… Read Gov Umahi’s Plea

by FAMOUS REPORTERS December 8, 2020 0 comment 11 views
Kindly Share This Story
Samuel Amah, Abakiliki
Ebonyi State Governor David Umahi, on Monday, urged Ebonyians to desist from abusing themselves, saying this would not take the state to its desired height.This is even as the Governor acknowledged that he took responsibility of the actions of his appointees, adding he was not ready to sit in judgement with anybody. 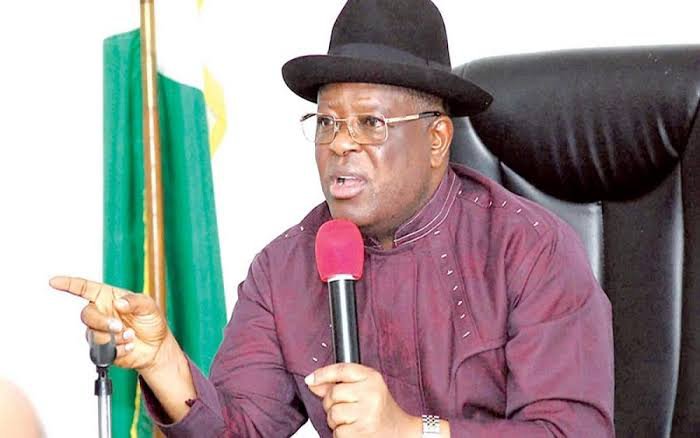 Governor Umahi stated this, on Monday, while performing the groundbreaking ceremony of the FMBN/NLC/TUC/NECA National Affordable Housing Delivery Programme for Nigerian workers, at Enuabor village, Umuchima community, in the Ohaozara Local Government Area of the state.Recall that the state had been enmeshed in accusations and counter-accusations following the defection of Governor Umahi to the rulling All Progressives Congress, last month.A source told FamousReporters that the Governor did not consult critical stakeholders before he dumped the Peoples Democratic Party, to the APC, but had wanted them to defect with him.Their refusal to heed the Governor’s decision, sources said, had pitted the stakeholders against the governor, ushering in the current era of allegations and naming calling, in the state, with supporters of the political heavyweights, leading the vanguards of ‘falsehood’.FamousReporters reported that recently Umahi accused former Secretary to the Government of the Federation, Chief Pius Anyim, of plotting with cultists and members of the Indigenous People of Biafra to cause violence in the state, with several communiques from faceless and known groups ensuing, from the Governor’s camp on the allegation. 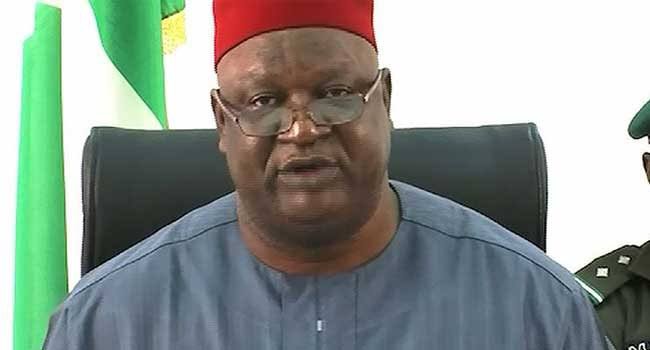 But the former SGF, Anyim, had in an only open letter to Umahi, said the governor was imprisoned by his own greed and inordinate ambition, adding that it was either Umahi was pursuing something or something was pursuing him. The open letter was said to have rattled the governor and his camp.Umahi said, “I have directed that nobody should abuse anybody again. We should stop it. Even if I am abused,  it goes with the job.”Do not abuse anybody; but you can always put any distorted information straight. I am the father of the state and should not allow the state to go into bitterness and disunity. So, I have decided to move forward and I have decided to forgive all and all those who may have been hurt.This is because I take responsibility for all the actions of my Government officials and other supporters,  my apologies. I am not going to sit on judgment with anybody; these apologies and forgiveness should be enough to settle all bad blood”The project, which is being implemented by Cheshire Nigeria Limited, a leading compny in housing construction sector, is a-99 affordable housing unit for low-income earners.
READ MORE:  #EndSARS: Nigga. Raw reveals why ikpeazu refused to address protesters ... Debunked Alleged #10m Bribe to end protest *We Have No Governor... Youths
#EbonyiStateGovernment#EndBadGovernment#Engr.DavidUmahiApologigises
Share
0
FacebookTwitterPinterestEmail