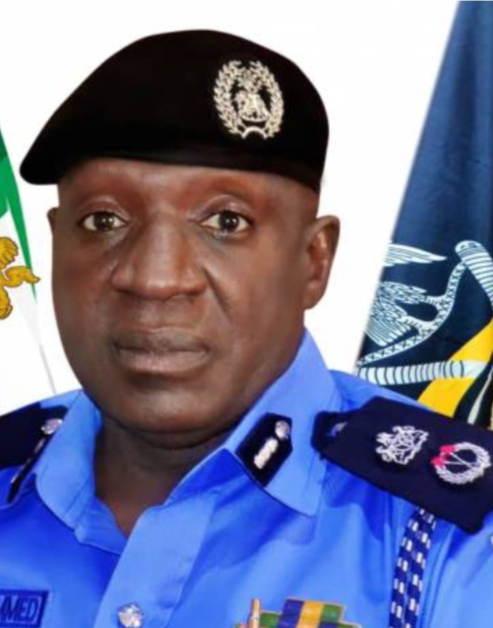 By Ode Williams and IT Emoefe Vera

” That Group A&B have piloted the Community leadership regarding PG and others positions for a period of four years each.

” that is squarely unavoidably the tennure of group C that ordinarily Ought to have commenced the 5th Days of April 16th 2020, but was delayed till August 16 or 2020 due to the manipulations and tendencies of the above-mentioned Hoodlums to perpetuate communal war and other related crimes that eventually catapulted the issue to the office of the SIB Arena Commander’s office Ughelli, therein after Local Government Chairman Office and to the office of the SSG, Delta State and thereinafter the same was referred back to the Local Government Chairman for finality .

” That it was at the table of the Local Government Chairman that my Co -contestants withdraw his ambition and I was returned unopposed and I was duly sworn in on the 16th days of August, 2020 by the LGA Chairman in conjunction with His Royal Majesty Asakpekaregha,1, Ovie of Owevwe kingdom.

” that without mincing words, it has been a thug-of-war since the inception of office till date.

” that at any instance wherein convene a meeting, they have always been attack, abduction coercion endorsement of resignation of my designation as President General of Otokuku by the aforementioned names .

“that to my greatest surprise at about 10:30a.m. on the 24 day of December 2021, in a general meeting of the aforementioned Community Convene at my instance on highlighting the agenda of the meeting and found out that the whole town hall has been been besieged by the above-mentioned persons cutlass and battle axes, singing war song that I shall not live to tell the story of what will happen to me if I fail to resign my position as a President general Otokuku Community and before I could realise all doors were shot against me and that they were saying I should submit the Communities document and immediately stormed at me at the high Table that I am not needed here in so far I failed to bow down to their bosses, Mr Austin Akpobi , Emonena Onoriode and Lucky Dietauvwe to withdraw the case and Barr. Pedro Oharisi, initiated against the cluster management committee (CMC) as such I have not gut to make my speech in the Community town hall or anywhere being the Community Development Committe, CDC and any other Gathering in Owevwe kingdom in capacity of the Community President in the process they were raining fist blows on me, stole my money about #7,200 Naira, immediately and my wrist watch value the sum of #17000 Naira and they were still demanding the Community document from me but I blantaly refuse and they forcefully collected all my vuluable documents from me and I was eventually rescued by my speaker, adviser and others were present in aforesaid meeting and I immediately ran to “B” Division to report the ugly incident and I while I was at”B” Division, I was called upon that they have made Mr Francis Akpooredafe as a the PG.”

” Mr Austin Akpubi and the hoodlums orchestrated similar act in Opherin community in Owevwe in the year 2015 wherein they killed about seven (7) persons and they were arrested and matter was swept under the carpet with the intervention of the then A.G. Delta State, after spending about three months in the police custody in Asaba.”

The statement further details, ” in Same veins,the aforementioned hoodlums invaded,Ughere Community, Owevwe to usurp the smooth administration of a Court ordered and concluded elections wherein they brutally macheted people to points of death which same issues are still pending in Zone 5 and in Court till date”
Adding that,” same Austin Akpubi, lucky Dietauvwe, Ejomafuvwe Iboyi and others perpetuated same act again sometime in the year 2017 wherein they killed six persons and Austin Akpubi and others were also arrested to the Area Commanders office Ughelli and later transferred to Asaba, from Asaba to Zone 5 and finally to Abuja wherein they spent six months and same week in police custody and the matter was resolved and then inspector General of police asked them to depose affidavit of good behavior and never to be involved in such act anymore but today, “the reverse is the case and they are boasting that the people will died and that they cannot solve and they have done it serveral before”

He therefore, write to urges the commissioner of Police to use his good office to oblige us an investigation into the matter so as to bring the perpetrators of this heinous crime to book.he Stated.

Comr. Onajite Idise12 JANUARY 2022 AT 06:23
I comr. Onajite Idise, an indigene of Owevwe community attest to the above that it is 100% true in regards to the sub-communities territorial forceful takeover by the aforementioned persons, thereby generating steady unnecessary communal crises on every occasion when a new government is to emerge cause the people have noticed it and are fully against it.
I want the CP with all due respect to use his good offices to put an end to this barbaric practices by those person’s once and for all to help mitigate or reduce crises in our communities to a minimum.