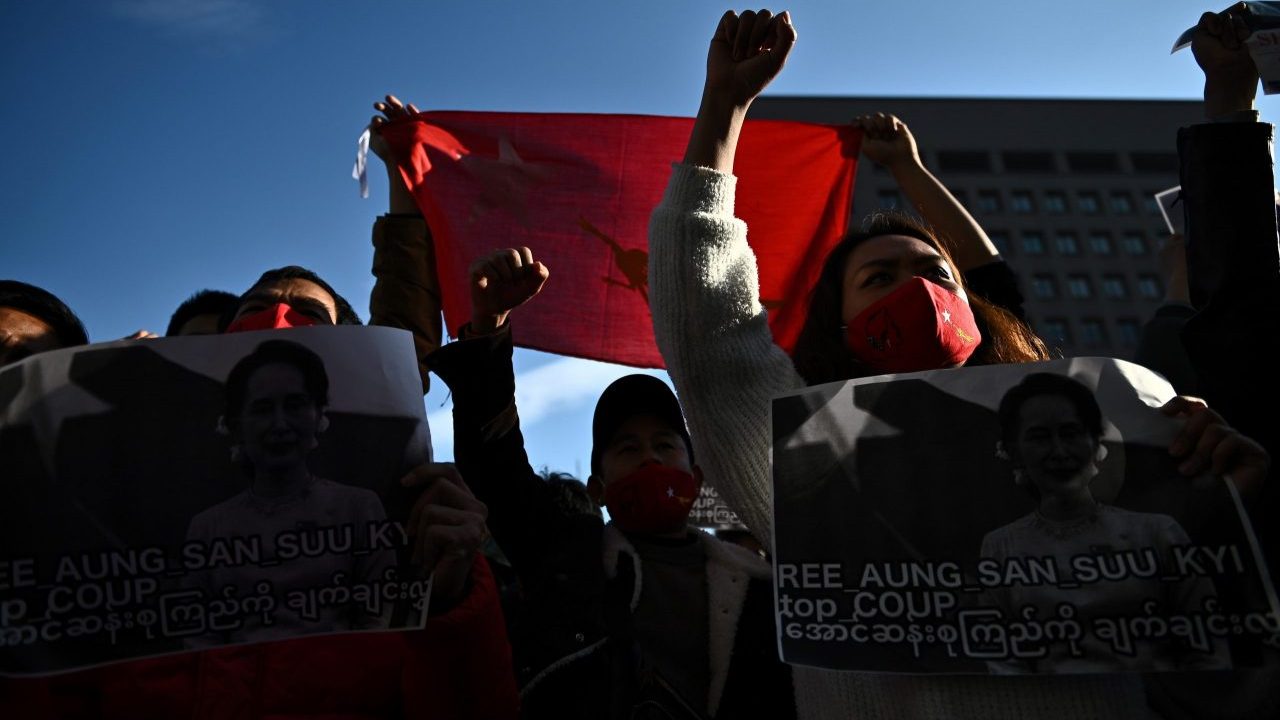 A group pf Myanmar activists chant slogans during a protest outside the United Nations university building in Tokyo on February 1, 2021 following a military coup in the country by a general after arresting civilian leader Aung San Suu Kyi and other senior officials. (Photo by Philip FONG / AFP)

Myanmar’s army said Monday it will hold fresh elections and hand power to the winning party once a year-long state of emergency has elapsed, hours after carrying out a coup.

“We will perform real multi-party democracy… with complete balance and fairness,” a statement on the army’s official Facebook page said.

Unable to accept the result, the army staged a coup early Monday.

It said that power will be transferred to the winning party after “holding a free and fair general election and the emergency provisions period is complete.”

According to Myanmar’s constitution — scripted by the army — a nationwide state of emergency can be declared for up to a year.

But given the coup and the army’s near-total control of the country, that timeframe is within their power to change.

COVID-19 Radio/TV Classroom: Ikpeazu, a round peg in...