There have been protracted controversies regarding who actually designed the Nigerian Coat of Arms, with many making references to some persons whose works only came into being while the Coat of Arms existed.

This misinformation had lingered for years as every in-depth research conducted by some intellects with a view to ascertaining who in the world was behind the symbolic image, has ended up producing erroneous results, hence the hidden truth could not be found in any of the history books.

Whereas some attributed this remarkable achievement to Mr. Taiwo Akinkumi, many in other places had wrongly written Rev. Dr Hervis L. Bain Jr,  and a lot more other personalities as being the Designers of the Coat of Arms.

Indisputable remains the fact that the tenacity as overtly displayed by Dr. Raphael James, an ebullient son of Ikwuano Local Government Area of Abia State, in collaboration with his center, the  Center For Research, Information and Media Development (CRIMMD) and with the help of their United Kingdom Representative, Mr John Redhead has answered the one million dollars question that had reverberated on the mind of well-spirited Nigerians and many concerned Africans.

Famous Reporters observed that Dr. James, who is profound in his creative work of art had invested so much time and effort in his quest to answer this question which has posed a challenge to millions of people and this has evidently relieved Nigerians both home and abroad of their utter state of bewilderment.

And just like the proverbial man who would not give up unless he finds what he is searching for, the prolific writer had for many years, indefatigably sought for a lasting clarity to the protracted confusion imposed on the minds of Nigerian and Africans in general.

Dr. James, in his ecstatic mood said the journey which he, alongside CRIMMD had embarked on since the year 2013 was concluded barely a week ago, as he made this revelation a few days prior to Nigeria’s 60th Anniversary.

READ MORE:  Not Interested In The Throne Anymore, I've Moved On Already --- Sanusi 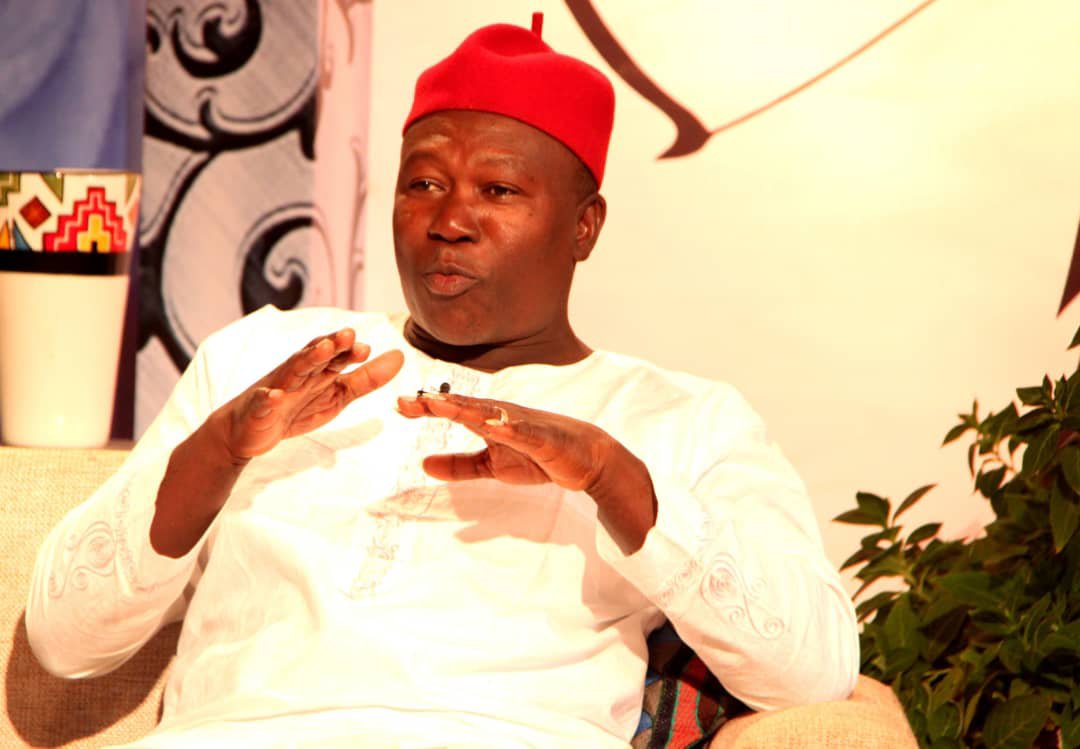 Dr. Raphael James, an author of over fifty books.

“Mr Taiwo Akinkumi, only designed the flag, so he told me himself when I visited him, on the other hand Rev. Dr Hervis L. Bain Jr designed the coat of arms of his country Bahamas in 1975, while the Nigerian Coat of Arms had been in existence since 1960.

“It is also not General David Ejoor for he only designed the then ‘new’ army uniform, the cap, badge and rank insignias according to his autobiography ‘Reminiscences’.

Speaking further, he said: “Today, as Nigeria marks 60 years, I am happy to announce to you the designer of the Nigeria Coat of Arms through the research work of our center – the Center For Research, Information and Media Development (CRIMMD) with the help of our United Kingdom Representative Mr John Redhead, we have unravelled who designed the coat of Arms.

He disclosed that on October 27, 1958 Britain (the Colonial Government) had agreed that Nigeria would become an independent country on October 1st, 1960.

“In preparation for Nigeria independence, the Governor General of Nigeria, Sir James Robertson liaised with the General Officer Commanding the Nigerian Army, Major General M. L. Forster to get a capable person to head the Independence celebration committee and the baton fell on Colonel E.A. Hefford.

“An office was set up at number 34/36 Ikoyi Road, Lagos.
Colonel Hefford made open request for entries for a national anthem, a national flag and a letter was sent to the College of Arms in London requesting for a draft for the Coat of arms.

“Colonel E.A. Hefford on February 11, 1960 wrote a letter on behalf of Nigeria to The College of Arms, 130 Queen Victoria Street, London, EC4V 4BT, requesting the institution to send a draft for approval of a coat of Arms for the soon to be independent Nigeria.

“Messrs Beverley Pick Associated of 118 Charing Cross Road, prepared the draft ‘Coat of Arms’ for the Federation of Nigeria, while preparing it, they obviously took into consideration the Lord Frederic Lugard design of interlaced triangles far back in 1913 in preparation of Amalgamation when he brought in the North and the South together as one with the silver bars in the center of our map.

The draft was approved by the Garter Principal King of Arms of the College of Arms, 130 Queen Victoria Street, London, the draft was approved by the Royal Warrant on May 1960 (Coll. Arms 182.185) and the design was sent over to the Independence Celebration office in Ikoyi before it was sent over to Sir James Robertson, His Excellency the Governor General of Nigeria who then signed it into law, on September 16, 1960, when he admitted the Coat of Arms Ordinance Act Number 48 of 1960, thereby providing Nigeria with a coat of Arms. 14 days to Nigeria independence.

“The Nigerian Coat of Arms was designed by Messrs Beverley Pick Associated, London”, he concluded.

Tom Brady turned down chance to speak at...

Coronavirus: Should you go to the movies during...

WHO says new Covid-19 variants have spread to...

Matthew McConaughey asks Emmanuel Acho how he can...