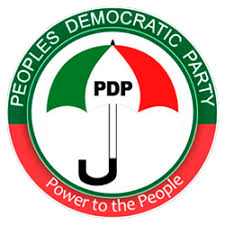 Ahead of the All Progressives Congress planned membership update and revalidation exercise, the Peoples Democratic Party, Ebonyi State Chapter, on Friday, warned that the APC will employ different subtle measures to get unsuspecting residents registered, as members.

The PDP said one of the strateges would be a make-shift call by the state APC for Ebonyians to fill a Small-scale Medium and Enterprises forms, that, according to it, would qualify them for a grant.

FamousReporters had reported that the nationwide membership update and revalidation exercise of the APC was billed from December 12, 2020, but had to be postponed by the National Executive Committee of the party, till January, 2021, because of the forthcoming Christmas and New Year celebrations by Christans.

But in a statement titled, “Desperate times, calls for desperate measures-beware of signature allocation”, signed by the Publicity Secretary of the PDP in the state, Mr Joseph Onu, which was made available to journalists on Friday morning, the party said, “It has come to our attention that the All Progressives Congress (APC) will be engaging in membership registration across the nation, including Ebonyi State.

“Ordinarily, we will not dissipate any energy contemplating what the party could achieve in Ebonyi State as we know that they have no members to register here. However, with the recent evidence of signature harvesting that took place in the State High Court premises for the purpose of manufacturing a communique, it has become necessary to warn our teaming supporters, members and well-wishers of the danger of completing any form during this period.

“Subterfuge strategies will be deployed to conflate and confuse unsuspecting members of the public into unknowingly registering as members of the All Progressives Congress.

“Ebonyians are called on to be careful while completing any form that may be referred to SME application form or any other form that will require the disclosure of personal details and signature.

“This warning became urgent as appointees of the State government are now under pressure to register members at their wards or loose their salaries and other emoluments. We reiterate that while parties are free to work towards recruiting membership in their fold, such an exercise must be carried out with sincerity and devoid of compulsion or deception.”

Meanwhile, the Caretaker Committee Chairman of the All Progressives Congress in the state, Chief Stanley Emegha, said his party will win landslide all future elections in the state considering the mass followership it currently commands, saying “Ebonyians home and abroad are calling and demanding to know when the nationwide membership registration will commence”.

Emegha stated this during interview with our Correspondent, in Abakaliki, adding that the PDP was already afraid it will not win any elections in the state.

READ MORE:  Ebonyi: Our 'marriage' with old PDP members, Not yet certain- APC Party Chieftain *Says We Can "Demarry"

He said, “It is a concluded issue. Why won’t APC win all elections in Ebonyi State considering its teeming supporters and members? We don’t need to force anybody to register as an APC member. People are already calling on their own and saying they want to know when the registration will commence.

“We won’t use any subterfuge strategy to get Ebonyians to register as APC members. Ebonyians will willingly register, as APC members, because of their confidence in the party and their belief that it’s in the APC, their hope lies.

“The people that vote during elections are human beings, and not ghosts. We are doing it here and not, in Abuja. So, those saying all these rubbish and talking trash should come down to Ebonyi and test their popularity. Organising press conferences in Abuja and not in Ebonyi state and talking trash, cannot fetch them anything good here, ahead of 2023.

“People like Senator Micheal Amah-Nnachi, cannot win elections in his own ward, in the Afikpo South Local Government Area of Ebonyi State, if they are conducted 100 times, because he lacks the integrity and the popularity to do so. They should stop making noise in Abuja and come down to Ebonyi State for the real game. We are ready for them.”