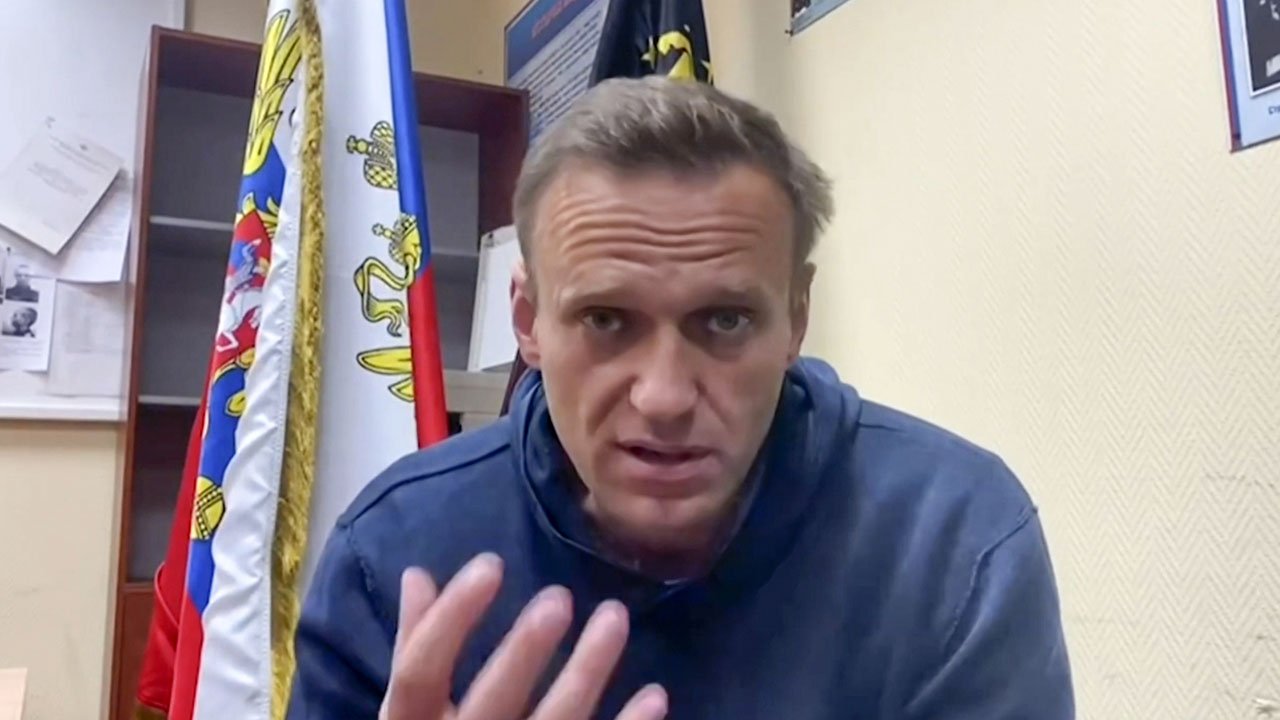 This grab taken from a video made available on January 18, 2021 on Navalny team Youtube page shows Russian opposition leader Alexei Navalny speaking while waiting for a court hearing at a police station in Khimki outside Moscow. – Kremlin critic Alexei Navalny on Monday urged Russians to stage mass anti-government protests during a court hearing after his arrest on arrival in Moscow from Germany. (Photo by Handout / Navalny team Youtube page / AFP) /

Kremlin critic Alexei Navalny on Monday urged Russians to stage mass anti-government protests during a court hearing after his arrest on arrival in Moscow from Germany.

“Do not be silent. Resist. Take to the streets — not for me, but for you,” the 44-year-old anti-corruption campaigner said in a video posted on YouTube from the police station where the hearing was hastily convened.

Navalny was detained at Moscow’s Sheremetyevo airport after he returned to Russia from Germany for the first time since he was poisoned with a nerve agent last August.

The makeshift court ruled Monday that Navalny, who blames his poisoning attack on President Vladimir Putin, will be kept in police custody until mid-February.

The Kremlin has denied any involvement in the poisoning.

Leonid Volkov, a prominent aide of Navalny, called on protesters to take to the streets nationwide on January 23.

Russia’s FSIN prison service said Sunday that it had detained Navalny for violating the terms of a suspended sentence he was given in 2014 on fraud charges he says were politically motivated.

In Monday’s video Navalny quipped about his detention, summing it up from the Kremlin’s point of view: “We tried to kill you, you didn’t die, this was an insult to us and for that, we’re jailing you.”

WHO, China could have acted more quickly: pandemic response probe