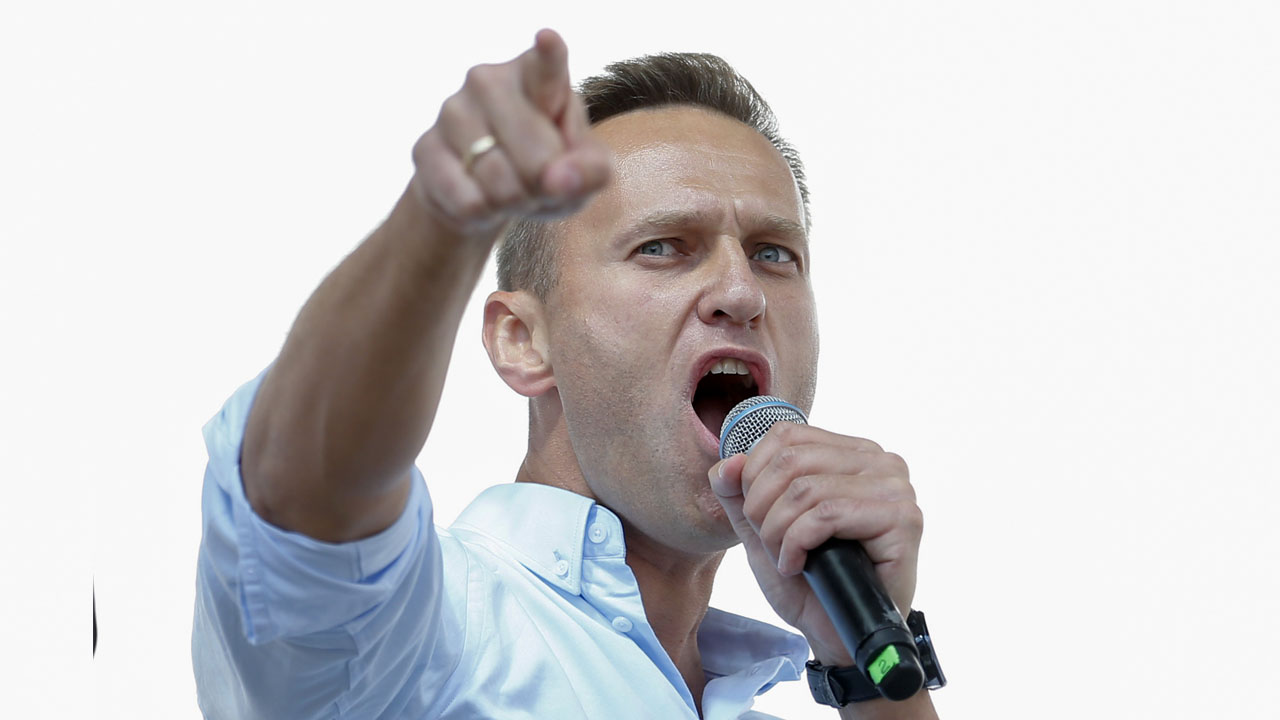 (FILES) In this file photo taken on July 20, 2019 Russian opposition leader Alexei Navalny addresses demonstrators during a rally to support opposition and independent candidates after authorities refused to register them for September elections to the Moscow City Duma, Moscow. – Russian opposition leader Alexei Navalny said on December 21, 2020 he had tricked a security agent into admitting the Federal Security Service (FSB) sought to kill him this summer and placed poison in his underwear. (Photo by Maxim ZMEYEV / AFP)

The Berlin doctors who treated Alexei Navalny published clinical details Wednesday of his Novichok poisoning, in what the Russian opposition leader said was the medical proof repeatedly denied by President Vladimir Putin.

In an article in the medical journal The Lancet, doctors at Berlin’s Charite hospital detailed symptoms observed as Navalny was admitted into their care in August.

They also provided information on his physical responses as infusions, treatments, CT scans and MRIs were carried out.

“Ascertaining the involvement of a Novichok agent and its biotransformation products, in this case, was only achieved several days after establishing the diagnosis of cholinesterase inhibitor poisoning and did not affect therapeutic decision,” they wrote in Lancet.

Navalny had been flown to Germany for treatment after he collapsed on a flight from Siberia to Moscow.

Experts from several Western countries have determined that Navalny was poisoned by the Soviet-era nerve agent Novichok, something that only Russian authorities can administer.

The claim has been repeatedly denied by Moscow.

In a dig at the Russian president, Navalny wrote on Facebook that “the most important is that Vladimir Putin is relieved.

“At every press conference, he exclaims, agitating with his hands to ask when the Germans will give their data?

“That’s no longer important now, the medical data is now published and available to the entire world.”

The Lancet publication came just two days after Navalny published a video of an extraordinary conversation with an alleged FSB agent, who says agents placed the poison in his underpants in August.

The telephone conversation had been recorded in a sting by Navalny, who said he had impersonated an official in the Kremlin’s Security Council to get the FSB agent to admit to the poisoning.

On Tuesday, Russia summoned senior EU diplomats and announced it was imposing tit-for-tat sanctions against member states and institutions.

WHO Wuhan probe not looking for Covid ‘guilty’ parties