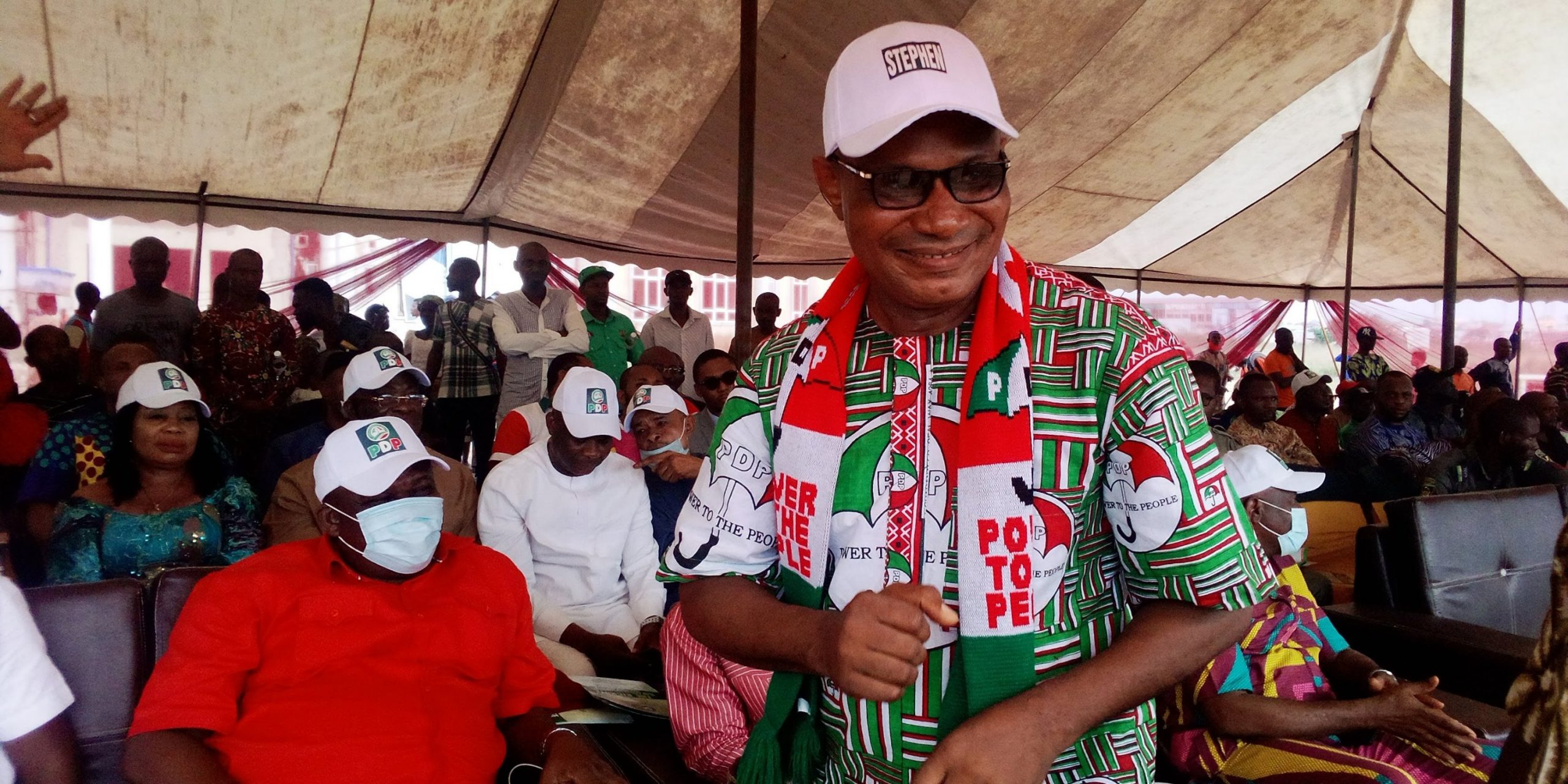 The newly elected local government chairman of Ikwuano council, Chief Steve Mpamugo, has expressed his hearty gratitude to the entire people of Ikwuano local government of Abia state for their massive cooperation and support all through the period of the election.

Chief Mpamugo who emerged successfully as the winner of the December 18 election of  the PDP led government of Dr. Okezie Victor Ikpeazu, in a statement made available to Famous Reporters, tonight, could not hide his joy and happiness, as he described his victory as “victory for the entire people of Ikwuano”.

The unflinching son of Awomukwu who had earlier displayed optimism in his resounding victory noted that his emergence would bring about revolution in the area while promising that they shall awaken to a new day, adding “and you shall have a new song in your mouths.”

Speaking further, he said, “I know and I feel the heartbeats of my people and I want to assure them that I in collaboration with my deputy shall restore their long lost happiness. I know what we need in Ikwuano and God in his infinite mercy shall accomplish it through us.”

“You voted us into office to serve you and I don’t take that for granted. I am very grateful and I shall not fail you.

“My gratitude goes to the Executive Governor of the state, Dr. Okezie Victor Ikpeazu and the entire members of PDP family.”

Furthermore, the Chairman-Elect insisted that no stone would be left unturned in his quest to change the narrative of the area, while assuring the youths that he adminstration would run an inclusive government, noting that none would be sidelined.

READ MORE:  Abia LG Poll: We Shall Recover All We Lost, Steve Mpamugo Assures Ikwuano *As he receives Party's flag

“May I also state that the spirit of sportsmanship shall prevail”, he said, as he used the medium to call for their unalloyed support to enable him drive the affairs of the area.

In addition, Cmrd. Cokey Lordson Nwachukwu, the deputy chairman, during a telephone conversation with Famous Reporters thanked immensely the youths of the local government for their massive support.

He assured the youths and the entire people of the area that their victory would wipe away their tears.

Meanwhile, he posited that their victory was for all and sundry, irrespective of party affiliations, while also calling for their support to bring to accomplishment their expectations.

Which Way, Nigeria? Who Is Chief CBN Onwuasoanya?