Niger votes in city, regional polls ahead of presidential ballot 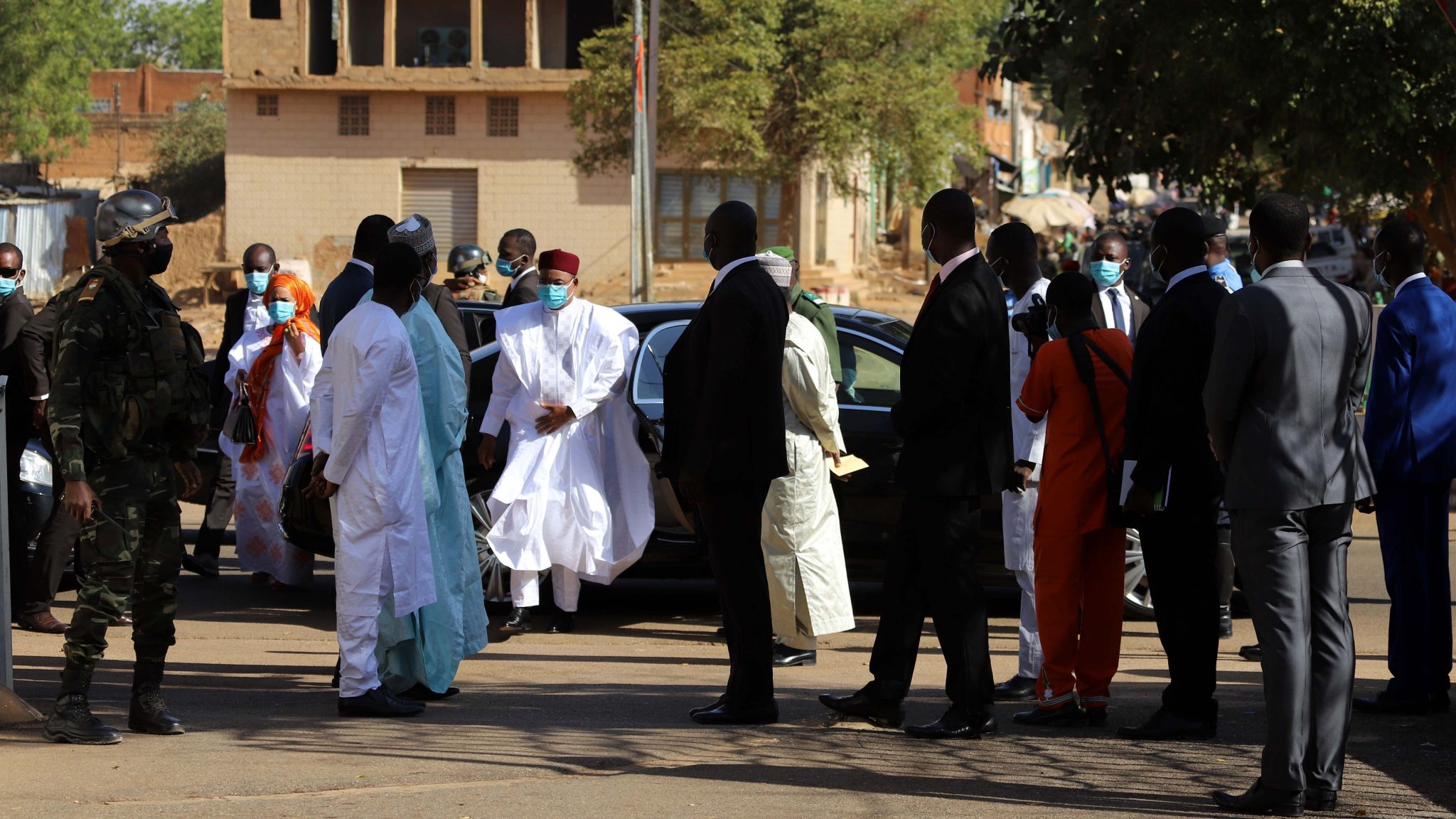 Niger President Mahamadou Issoufou (C) arrives to cast his ballot in the regional and municipal elections in Niamey, on December 13, 2020. (Photo by Souleymane Ag Anara / AFP)

Voters in the poor West African country of Niger cast ballots Sunday in municipal and regional polls two weeks ahead of a presidential election which the incumbent, Mahamadou Issoufou, will not contest because his two terms are up.

The ruling Nigerien Party for Democracy and Socialism (PNDS) is the overwhelming favourite in Sunday’s poll and its presidential candidate Mohamed Bazoum is the runaway frontrunner in the December 27 ballot.

Some 7.4 million people are eligible to vote in the long-delayed polls in the country’s 266 municipalities.

Many parts of the Sahel country’s west and southeast have suffered repeated jihadists attacks since 2015, preventing people from registering to vote, according to the national electoral commission CENI.

Issoufou, who was elected in 2011 and 2016, has won praise for his decision to step aside for a successor, unlike some counterparts on the continent who have pushed through constitutional changes in order to extend their presidencies.

The election should mark the first peaceful transfer of power in the history of the coup-prone former French colony.

Bazoum, 60, a former interior and foreign minister under Issoufou, is among 30 candidates in the race.

Why are African Americans hit so hard by...

Dr. Birx: As US reopens, protecting those at...

Factbox: Latest on coronavirus spreading in China and...

China stops for three minutes to remember the...