Nigeria at 61: We need prayers, not celebration-Eze Ajomiwe charges
Says Nigeria not ‘Giant of Africa’ … As he celebrates new yam festival 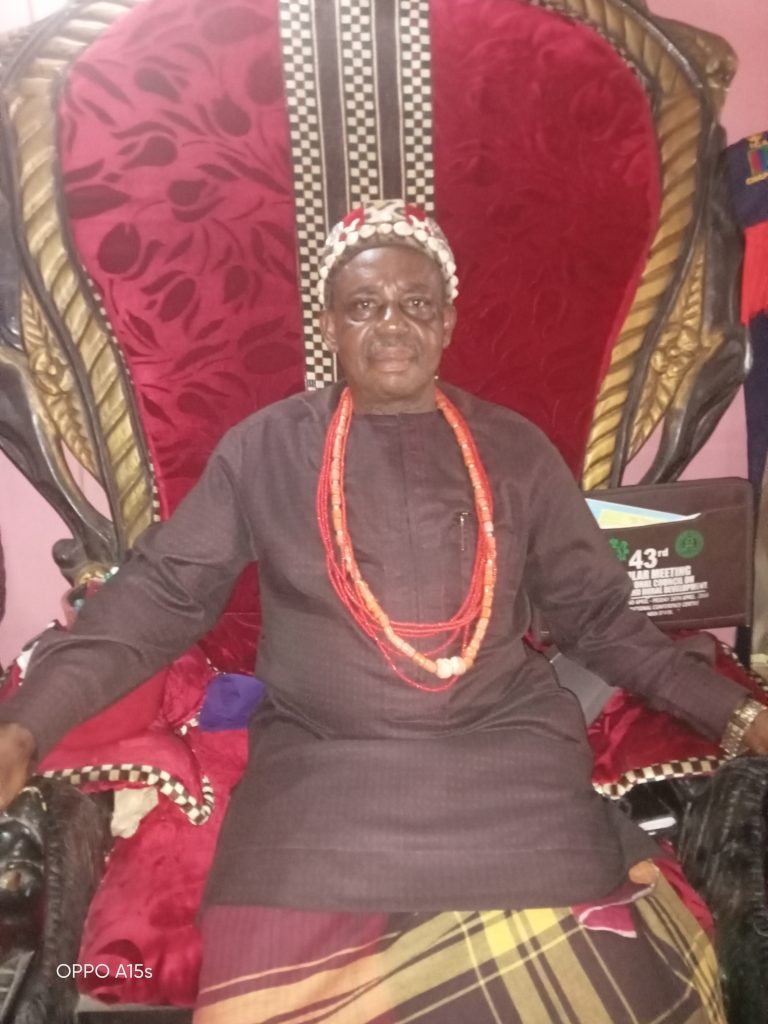 Nigeria at 61: We need prayers, not celebration- Eze Ajomiwe charges
Says Nigeria not ‘Giant of Africa’ … As he celebrates new yam festival

HRM Eze Pst. Amb. Philip Ajomiwe, Ndu (1) of Oriendu says rather than celebrating the 61st Independence Anniversary, as it were, Nigerians should pray to God for a Divine intervention and liberation from the fetters rampaging the country.

This was even as Abia State Government led by Governor Okezie Victor Ikpeazu, had on October 1, declared prayers at Michaels Okpara Auditorium, in Umuahia, the state’s capital, for the liberation of the country from the forces that have held her captive over the years.

The clergy and traditional ruler of Oriendu Autonomous Community, in Ohuhu, Umuahia North Local Government Area of Abia State gave this charge at his country home during the Iwa Ji (New Yam) festival of his community, weekend, pointing out that the festival was in line with culture and tradition, but insisted that every citizen of Nigeria should, as a matter of necessity, go to God in prayers for thorough cleansing of the land.

The Chairman and Managing Director of De- Phila Joms Agro and Allied Industries Nig. Ltd who thanked God Almighty for making the land fertile for them, hence the bountiful harvest of yam, however, regretted that Nigeria had long lost her pride as the ‘Giant of Africa’, lamenting that the world had lost confidence in the country.

The immediate past chairman, Umuahia North Council of traditional rulers decried the spate of dearth, insecurity and bloodbath plaguing the country, urged Nigerians both Christians and Muslims to cry unto God through prayers, as the dilapidated state of the nation, he said could only be salvaged by God Almighty.

“The name, Giant of Africa is no more visible. The world has lost confidence in Nigeria as per being the Giant of Africa because Nigeria has failed them in that regard. So, we need to return back and do that we were known for before. These days, Nigeria is known for evil and until we get rid of that stigma, we can’t regain our glory and pride.

On what should be the priority of the country, he said: “What Nigeria needs at this critical time is divine intervention of the Most High and not celebration, as the country marked her 61 years Independence anniversary. Let us call upon the name of the Lord. Nigeria ought to organize a national prayer in which they will call upon the name of the Lord for deliverance so we can be restored to our lost glory. Both Muslims and Christians ought to come out en mass to observe this national prayer, so that God can liberate us.

“We need to call upon God in right now, both Christians and Muslims should call upon Chineke and Allah, respectively, let him come and liberate us because our nation has lost. We need God’s healing in Nigeria. And now, God is willing to heal us if only we can confess our sins and return to God. That is what this country needs; we need the face of God, whether you are Muslim or Christian, we need God now. At this critical time, Nigeria needs God.

Adding, he said: “2Chron. 7:14 says: “if my people who are called by my name shall humble themselves and seek my face and turn from their wicked ways, then I will hear from heaven, I’ll forgive their sins and heal their land”.

Earlier, Eze Ajomiwe explained that the Iwa Ji Festival must be observed in order to show reverence to the God Almighty, as well as certify the yam fit for consumption by the people, adding that, “it is a time we pray for our farm produce and it’s my duty as traditional rulers of our communities to pray over the yam before our people can now go ahead to eat”.