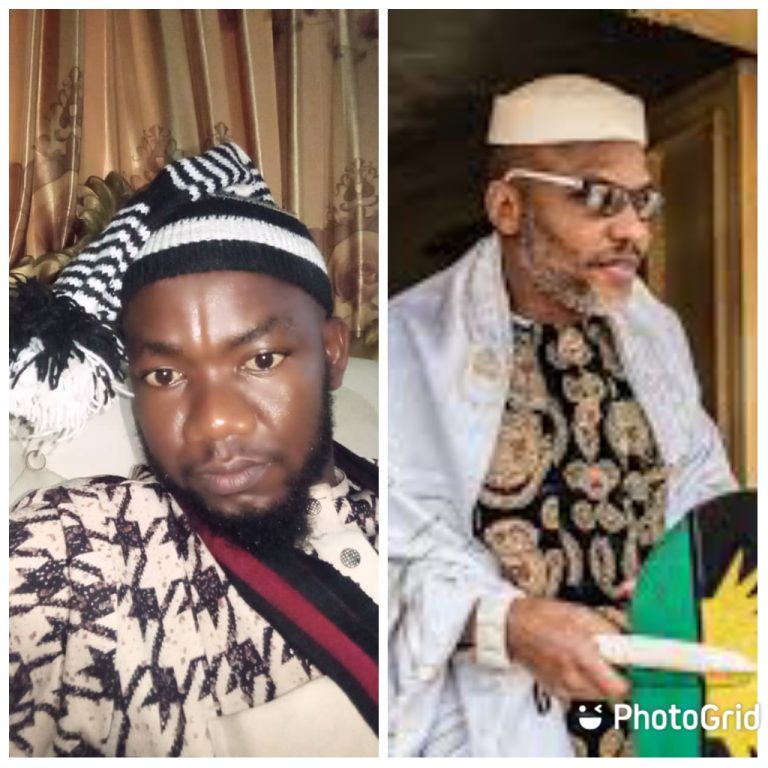 Speaking to news men at Abuja, Friday, November 25, 2022 shortly after the launching of a book, titled ‘Rough Road To Peace’, authored by Gen. Chikadibia Obiako, at National Defense College, Nigeria FCT, Abuja, the national President of Ohanaeze Youth Council, Comrd. Igboayaka O.  Igboayaka recounted on the perils of the Nigerian nation has since the year 1966 till date.

Igboayaka regretted that peace had apparently eluded Nigeria “as a result of injustice and marginalization against Biafrans, and Ndigbo in general, noting that “there’s no shortcut to peace except through Justice, Fairness and Equity among the various ethnic Nationalities or Geo-political Zones in Nigeria.

Reacting to the long imprisonment of the leader of Indigenous People of Biafra, IPOB, Igboayaka said: “Nnamdi Kanu and IPOB represent the Injustice against Ndigbo since 57 years, and such Injustice and Marginalization sprung up from the agitations of MASSOB, IPOB and other self-determination groups in the Biafra territory.

Igboayaka, therefore, urged Obiako, to as a matter of urgency, mobilize all other retired Military Generals from the Igbo extraction and collaboratively work with the President-general of Ohanaeze Ndigbo, Prof. George Obiozor, in order to procure a lasting solution to the protracted confinement of Kanu.

He, however, expressed utter dissatisfaction over the seemingly failure of Igbo elders in inculcating sound discipline in the youths, which he wailed had resulted in the latter trying to enforce their freedom, inspite of all oddities.

“It is now a call to duty that Gen. Chikadibia Obiako should mobilize other retired Igbo generals and join Prof George Obiozor on the political solution of Mazi Nnamdi Kanu case with federal government of Nigeria.

“It’s unfortunate that Igbo elders have failed in their responsibility to guard the youth, such colossal failure led to our youths taking up the course to champion their freedom from the contraption called Nigeria.

Speaking further, the aggrieved Igbo youth leader, in his passionate appeal, called on all Igbo who had at some point, served as Generals in the Nigerian Army, embark on a peace talk with the President of the Federal Republic of Nigeria, Mohammadu Buhari, to expedite the release of Kanu.

Hear him: “It’s now timely, that all the retired generals of Igbo extraction that have served Nigeria to rise and quench the fire that will erupt in Nigeria government disobeying it’s Court to release Nnamdi Kanu, Igboayaka stated.

“It’s obvious that at this juncture of the stark collapse of Nigeria that fellow Retired Generals from the Igbo extraction to pay a peace keeping visit to their retired colleague, President Mohammadu Buhari to seal the immediate release of Nnamdi Kanu for national Peace and unity.