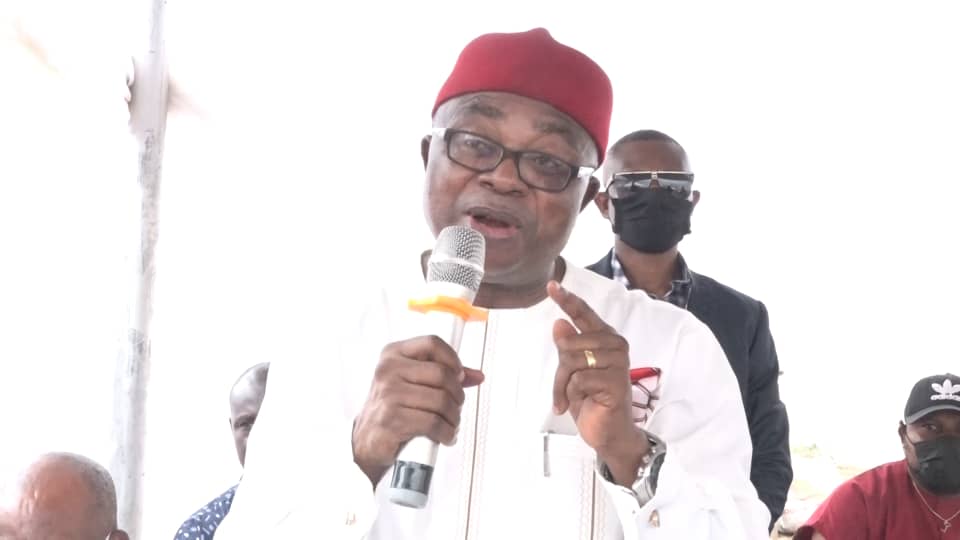 Rep. Onuigbo was speaking when he led a high-powered delegation to Ngwugwo, Ibere ancient kingdom, for the burial of the late Eze.

While commiserating with the Okenwa family and the good people of Ngwugwo for their loss, Rep. Sam Onuigbo extolled Eze Okenwa’s virtues of honesty and dependability and prayed to God to strengthen those that he left behind.He stated that the late Eze Okenwa was a symbol of impeccable leadership excellence and a pillar of support to good governance.

READ MORE:  As he calls for 'Made in America,' Biden prefers Swiss-made Rolex

Addressing the Ikwuano Council of Traditional Rulers at a separate meeting during the funeral, the federal lawmaker lauded their leadership, wisdom and strength and thanked them for their continuous support for him aimed at making sure the people of Ikwuano benefit and enjoy the dividends of democracy. He reiterated his resolve and commitment towards the welfare of the people promising that in no distant time, work on the reconstruction of the Umuahia-Ikwuano-Ịkọt Ekpene Federal Road would resume.

Responding on behalf of the Ikwuano Council of Traditional Rulers, HRH Eze Dr Ndimele, Chairman, Ikwuano Council of Traditional Rulers, thanked Rep. Sam Onuigbo for coming to honour their late colleague, an action, he said, is proof of the lawmaker’s commitment to his constituents.Eze Ndimele lauded Rep. Onuigbo’s efforts and expressed implicit confidence in his leadership and the effective representation of Ikwuano/Umuahia North and Umuahia South Federal Constituency of Abia State which he has tenaciously exhibited.