Orji Kalu : “Babafemi lied Against the North, We can’t Betray Our Own ” Northern Leader 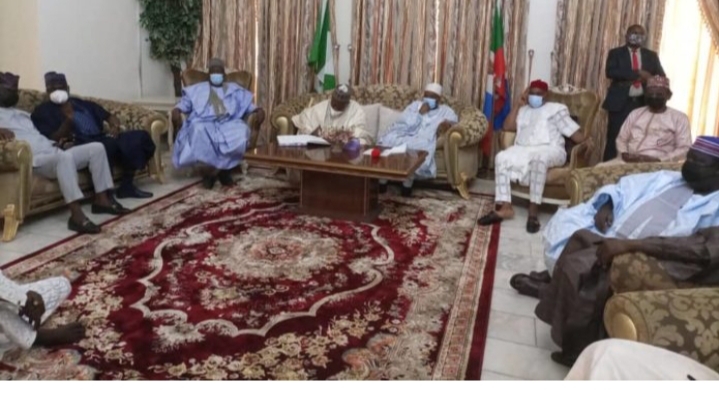 Orji Kalu : “Babafemi lied Against the North, We can’t Betray Our Own ” Northern Leader

Babafemi had during the weekend questioned the character of Northern elites on political affairs of the nation . He warned that the All Progressive Congress (APC) and the President must not turn their back on Senator Orji Uzor Kalu in 2023 as they did in the past .

Babafemi stressed that any further betrayal of Kalu will justify the insinuation that the North cannot be trusted. “A whole lot of questions against the North will be thrown open before 2023 election. If they don’t trust Bola Tinubu and they don’t trust Nnamdi Kanu and Sunday Ighoho . Don’t they also trust Orji Kalu their own person?” He had questioned

Fielding questions from Newsmen in Maiduguri during the occasion of Eid-el Maulud , Ibrahim lambasted Babafemi for what he referred to as “lieing against the North and creating bad blood ”

According to him , ” How can a man of Babefemi status accuse the north of masterminding Kalu’s six months imprisonment because of 2023 ? In a country where there is law and order , he ought to be questioned by the security. He is lieing against the North and trying to create bad blood between us and Orji Kalu .

“You all saw what Babagana Kingibe said about Kalu in Lagos on Saturday. That is to tell you the level of relationship the North has with Kalu . We believe that Kalu has the unity spirit to move this country forward and we have never held back on that. So asking the entire North to openly declare support for Kalu’s 2023 presidential ambition shows the political ignorance of Babafemi.

For clarity and avoidance of doubt , the North strongly believe that Kalu’s personality, foresight, leadership style , political and economic experience will bring lots of development and prosperity to Nigeria ”

“People like Babafemi need to know that the goodwill, respect, honour and popularity enjoyed by Kalu in the North is not born out of sentiments. He earned it . The young mallams in the street of Maiduguri who has no access to the media know a man called Orji Uzor Kalu. They are aware of his undying influence and love for the unity and growth of this country.
In the spirit of a United Nigeria, it is important that people like Babafemi should sieve their utterances and stop misleading the public .
Meanwhile, the CNNY leader has congratulated the muslims on the occasion of Eid-el Maulud and urged all muslims to embrace peace .
He said “I call on everyone to live in peace with one another, as no meaningful development can be achieved without peace.

“We must embrace the tenets of peaceful co-existence as the catalyst for the socio-economic development of the state and nation.”Our religion preaches peace, tolerance and mutual respect amongst members of every community. ” He said