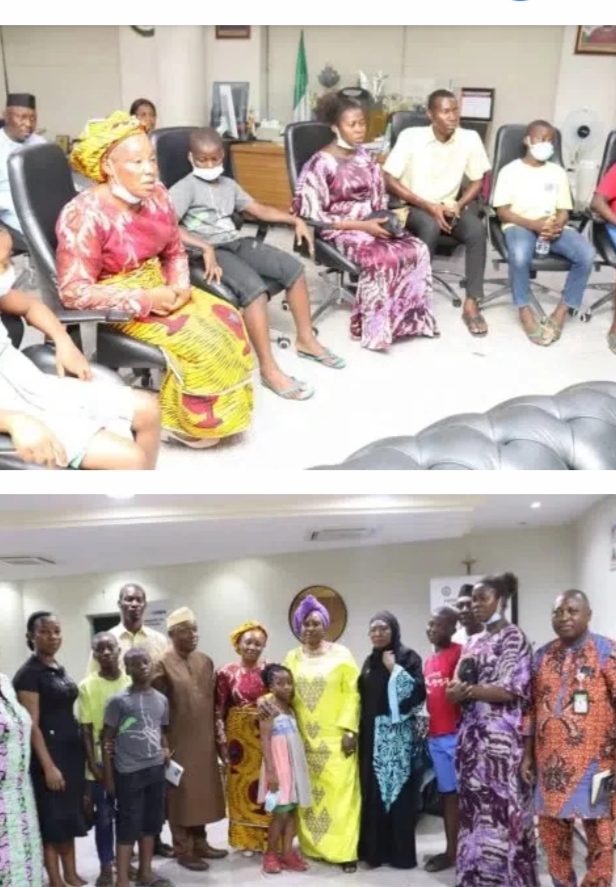 Peter Nwachukwu, husband of late gospel singer, Osinachi Nwachukwu, who was accused of assaulting his late wife has been paraded before his children and family members.

The suspect was paraded after the Minister of Women Affairs Dame Pauline Tallen visited the force headquarters where he is being held.

A statement issued on Friday by the Ministry’s spokeperson, Olujimi Oyetomi, said the minister demanded that adequate punishment be meted on the suspect to serve as a lesson for men who are in the habit of constantly assaulting women.

Mrs. Tallen also stated that she would be enlisting the support of the Governor of Abia state as well as the representatives of the constituency where the late Osinachi hails from, and the assistance of the Governor of Enugu state and his wife to give psycho-social support to the children.

She said:“We would pursue justice for the late singer and her family. The alleged killer must not go unpunished to serve as deterrence to other men who are in the habit of beating women.“

The four children of the deceased singer are on second term holiday from their school in Abuja and may be relocating to Enugu to join their grandmother until the present travail is sorted.

She said: “I strongly rebuke those who were in the know of the suffering of the late Osinachi without coming out with what they know. Although we are crying over spilled milk, we will pursue this matter to ensure that justice is done to that late singer’s family and to ensure deterrence to others, so that nothing like this will ever happen.”

Responding, IGP Usman Alkali, ordered that the suspect be brought in and paraded before the minister, children and others to assure that he was still in the custody of the police.

He said:“Police will investigate this matter with all alacrity and responsibility. In all cases such as this, expert opinions on cause of death are sought. We have enlisted National Hospital, Abuja and as soon as the outcome is received, we will charge the suspect to Court. It will be swift as much as possible. We just want to assure the public that the suspect is in our custody.”

The visiting family members include the twin sister of the late Osinachi, Eze Grace Amarachi, the brother, the late singer’s children (Three boys and a girl) as well as two other females which include Deborah Rukop who was simply described as a close friend to the family.