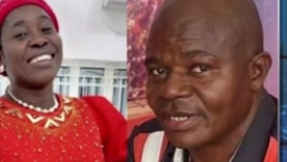 Minister Osinachi, the singer of the popular Gospel music, “Ekwueme” was a lead singer at Dunamis International Gospel Center, Abuja.

It would be recalled that was confirmed dead on April 8, 2022, at an undisclosed hospital in Abuja following the effects of the protracted domestic violence she had suffered in the hands of her husband, Peter Nwachukwu.

Peter Nwachukwu was yesterday, May 30 sentenced to death by hanging as charged by the Attorney-General of the Federation, (AGF).

He was charged under sections 104 and 379 of the Administration of Criminal Justice Act, 2015, by the Attorney-General of the Federation.

The defendant was charged with culpable homicide contrary to section 221 of the Penal Code which is punishable with death by hanging.

However, the seemingly unhesitant death sentence as pronounced by the AGF has elicited lots of reactions by the general public, as some people are marveled at the speed of the judicial process.

Meanwhile, while some people argue the essence of passing death sentence on Nwachukwu thus leaving the poor children he had with his late wife automatic orphans.

Someone had written thus:

“Why the fast judgment, Are the Children going to be an orphan or dose it have anything to do with tribal different, Because the Case of IGP his also lingered more than we Nigerian could bear”.