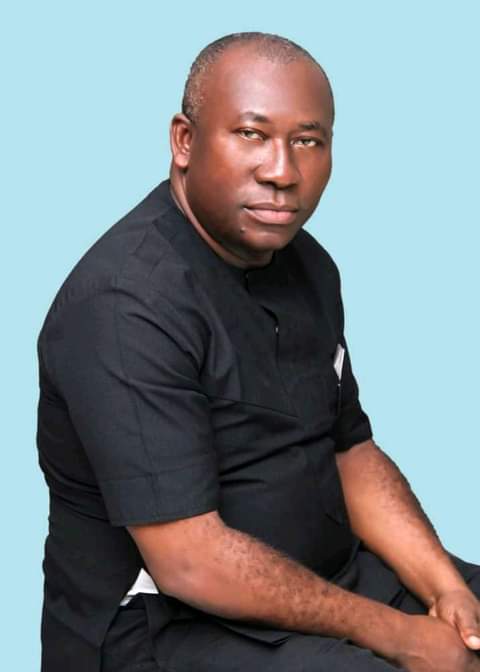 Osisioma Ngwa North State Constituency: To Whom the Hat fits?

“Choose a leader who will invest in building bridges, not walls.

Books, not weapons. Morality, not corruption. Intellectualism and wisdom, not ignorance.” — Suzy Kassem (Poet, Writer, Visionary & Philosopher. Rise Up and Salute the Sun: The Writings of Suzy Kassem)

It’s Nigeria’s election season. Interestingly, with only a few months to the muchly anticipated 2023 general elections, the campaigns for the best candidates for each of Abia’s 24 state constituencies within the 17 LGAs is getting intense. Expectedly, party loyalists, political merchants, opinion leaders, image makers and supporters are arduously pushing their candidates to the forefront, spinning words that highlight their attributes and achievements intended to drown other contenders in the race.Amongst the lot; is the Labour Party’s Osisioma Ngwa North State Constituency Abia State House of Assembly candidate and former Executive Chairman; Hon Iheyinna Ositadinma Benjamin Mgbeahuru;

fondly referred to as “The Bridge”, widely accepted and adjudged the most favoured to clinch the seat, is gaining the most spotlight. The reason is not far-fetched; for the constituents, as the time for change is now! The people and residents of Osisioma Ngwa North State Constituency, oppressed by leadership shortcomings are looking for a leader with the right qualification in all ramifications, and Mgbeahuru carries those aspirations, and strongly feels he is best placed to represent them in Abia State House of Assembly by using his expertise in public relations, entrepreneurship knowhow and communication management to rebrand and make it attractive to investors.Top on the list of his priorities is to empower youths, assist MSMEs, advocate-sponsor-implement people-focused legislative motions/bills, advance prosperity, protect the weak & vulnerable, be gender-sensitive and create alternative sources of revenue.

Brimming with confidence, he says “We want to make our place investment-friendly – we want to bring investors into our communities to create more employment opportunities, we want to develop entrepreneurs’, and expand our revenue base. We will be targeting the unique features in each community, or village to generate market attractiveness opportunities that create alternative sources of revenue for their benefit and for the benefit of the state.”Indeed, without gainsaying, across the length and breadth of towns, villages, communities – all, I mean everyone including many political analysts believe that Iheyinna Mgbeahuru is the most qualified among those aspiring to represent Osisioma Ngwa North State Constituency for the 2023 Abia State House of Assembly election. To others he is widely reckoned as having been the best performing elected council Chairman that Osisioma Ngwa LGA ever had, owing to the kind of zeal and energy with which he carried on in his revolutionization of the Local Government.According to them, as the executive chairman; Osisioma-Ngwa LGA under his chairmanship recorded numerous achievements.

Within the Council, his managerial, operational and administrative acumen remarkably transformed and repositioned the sub-unit committees, ministries, agencies and departments for better performance and greater efficiency in their operations.

While others were asking “how”; tech-savvy Iheyinna Mgbeahuru had become amongst t he state’s 17 LGA chairpersons, the numero-uno chairman to automate and embrace the benefits of ICT to increase and account the Council’s intemally generated revenue, catap ulting Osisioma Ngwa LGA to unprecedented heights of prosperity

Truly, a Bridge-Builder is a connector, uniting all together in partnership, to build pathway that encourage individuals to love, familes to lead, and communities to change for good – theyinna Mgbeahuru ts positioning himself to be a force to be reckoned with in theca mpaign for the Osisioma Ngwa North State ticket

He has everything going for him tn terms of age, experience, religion and other factors th at will shape the election His thousands of loyalists strongly believe that he has the mos t useful experience in govemance and government, after spending more than 20 years in pnvate and the public sectors.

“The Bridge” ts fearless, efficient, hands-on, competent, God-fearing and compassionate. He is a true Abian of Osisioma Ngwa North consttuency. He has all it takes to address O sisioma-Ngwa North State Constituency’s most disturbing challenges A vote for Iheyinn a Mgbeahuru is a vote for a new thinking towards a new Osisoma Ngwa North.

One of the youth leaders of the Iheyinna for House of Assembly Campaign Group – Mr.N joku Onyenso said. “The Bridge’s that one candidate with the most visibility to unify all. If addressing the concerns that bind Osisioma Ngwa together, and by extension Abiansi s genuinely a desire of all, then, the experience cannot be overemphasized and lheyinna i $ number one here. iheyinna Mgbeahuru typifies the story of the average humble Nigeria n and one that everyone can relate to and hets the Representative that Osisioma Ngwa North State Constituents need at this time.”

In a meet the-people assessment of his person, a woman leader who has been the arrow head of the theyinna campaign – Mrs Oluchi Augusta Ufomba, speaking while addressin g attendees of the assessment in Amavo, last week, stated that she was spurred to give her support to Iheyinna due to his profile and experience in governance

According to her “The profile of Hon. lheyinna Mgbeahuru Is quite intimidating. He has p roven to be a sound administrator, a versatile leader, a good strategist and a politician pa r excellence, who has shown good qualities in all areas he has worked. “As an Entreprene ur, Youth Empowerment Vanguard, Good Governance Champion, Business Owner, Counc il Chairman, and also first among equals during his tenure as executive Chairman of Ost sioma Ngwa LGA, as well as the dexterity, his outstanding track record of achievements. That is why lam giving him my full support “He did that diligently with all his determina tion, loyalty and of course with love for Osisioma Ngwa and love for humanity irrespectiv e of what political callings you belonged to. This ts quite commendable, that’s why he’s h ere today to solicit our votes. From what you have heard about him, | believe you know th at he’s the man of the moment. He is the right choice. So, | urge all Osisioma Ngwa North State residents & people to make the nght choice and vote for him.”

Unfazed by the frenzy of solidarity and outpouring of support, Ilheyinna remains focused. According to him, my vision for Osisioma Ngwa North remain unchanged “A constituenc y that is self-confident, where everyone feels happy, safe and part of a close-knit commu nity.

In his works, the Czech Republic multi= talented award winning Painter, Social Scientist, Artist & Illustrator Alphonse Mucha (24th July 1860 — 14 July 1939) eloquently remarked “The purpose of my work was never to destroy but always to create, to construct bridges, because we must live in the hope that humankind will draw together and that the better we understand each other the easier this will become”

In present times, echoing same, according to Hon. Iheyinna Ositadinma Benjamin Mgbea huru – The Bridge; “I would be irresponsible if | promised easy solutions But what! can pr omise is that we will work tirelessly with and for Osisioma Ngwa North and its residents. Osisioma Ngwa North deserves a compassionate, principled representative with a strong track record and a clear vision for the future. One that understands the links between soc ial, economic, and environmental justice. It’s only by voting that you can guarantee that t he excellent results-oriented work and achievements we’ve been doing can continue, and that we can continue to work together to create a prosperous constituency.”