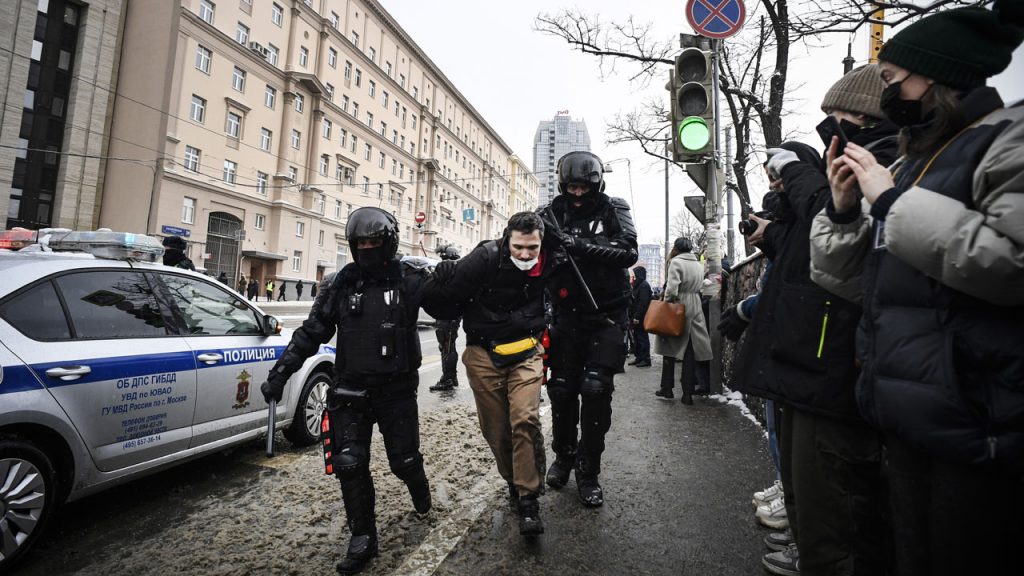 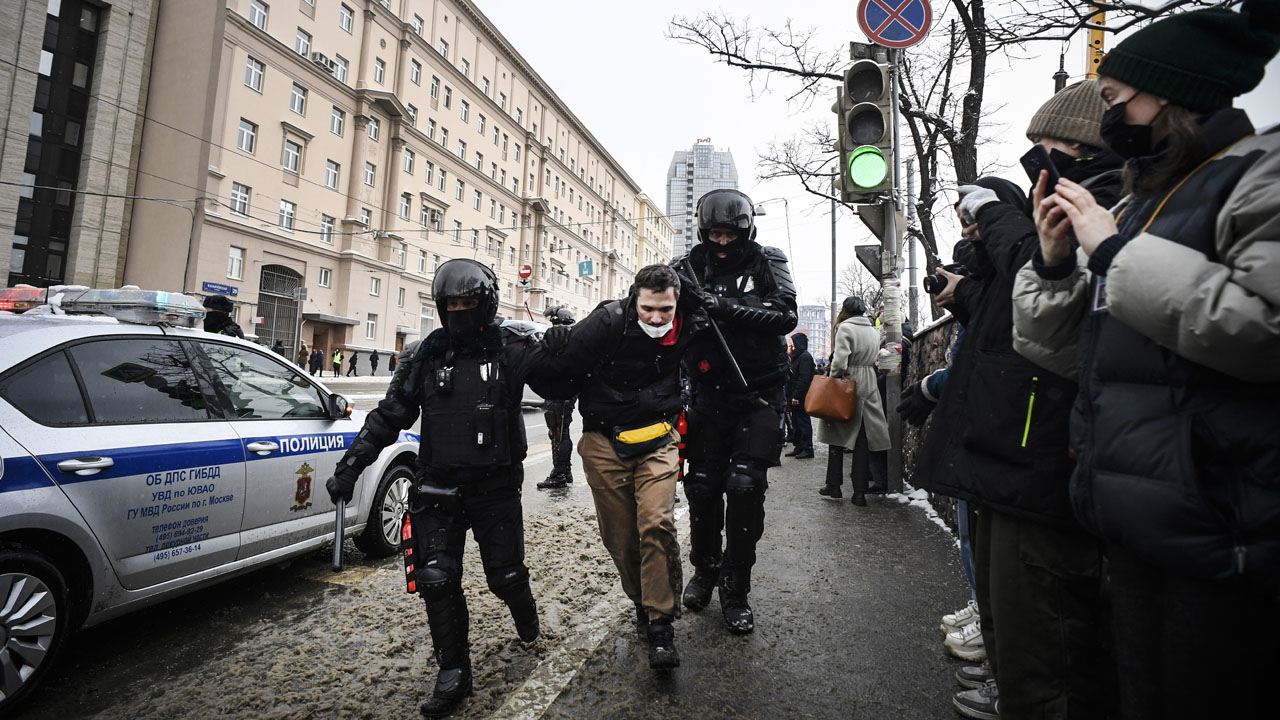 Police detain a man during a rally in support of jailed opposition leader Alexei Navalny in Moscow on January 31, 2021. – Navalny, 44, was detained on January 17 upon returning to Moscow after five months in Germany recovering from a near-fatal poisoning with a nerve agent and later jailed for 30 days while awaiting trial for violating a suspended sentence he was handed in 2014. (Photo by Alexander NEMENOV / AFP)

Russian police detained more than 5,300 people across the country in a massive clampdown on anti-Kremlin protests, a monitor said Monday, as prosecutors backed a request to imprison opposition leader Alexei Navalny.

On Sunday, thousands of protesters defied government warnings and rallied from Vladivostok to Saint Petersburg in the second weekend of mass demonstrations over the arrest of President Vladimir Putin’s most prominent opponent.

OVD Info, which monitors arrests at opposition protests, said more than 5,300 people had been detained including nearly 1,800 people in Moscow and almost 1,200 in Saint Petersburg, Russia’s second city.

The protests — that saw authorities enforce a rare lockdown of the centre of Moscow — came ahead of a high-profile court hearing that could see Navalny imprisoned for several years.

The 44-year-old opposition figure is facing charges of violating the terms of a 2014 suspended sentence and could be jailed for two-and-a-half years.

On Monday, the General Prosecutor’s Office said in a statement it backed a request by the prison service to change Navalny’s suspended sentence to a real one.

“This motion is considered lawful and justified,” the statement said.

Navalny was detained at a Moscow airport in mid-January after flying back to Russia from Germany where he was recovering from an August poisoning with a nerve agent he blames on the Kremlin.

The anti-corruption campaigner is being held in a high-security detention centre and faces years of potential jail time in several different criminal cases, despite calls from Western governments for his release.

Navalny’s team has urged supporters to gather in front of Moscow’s Simonovsky district court in a show of support for the opposition politician on Tuesday.