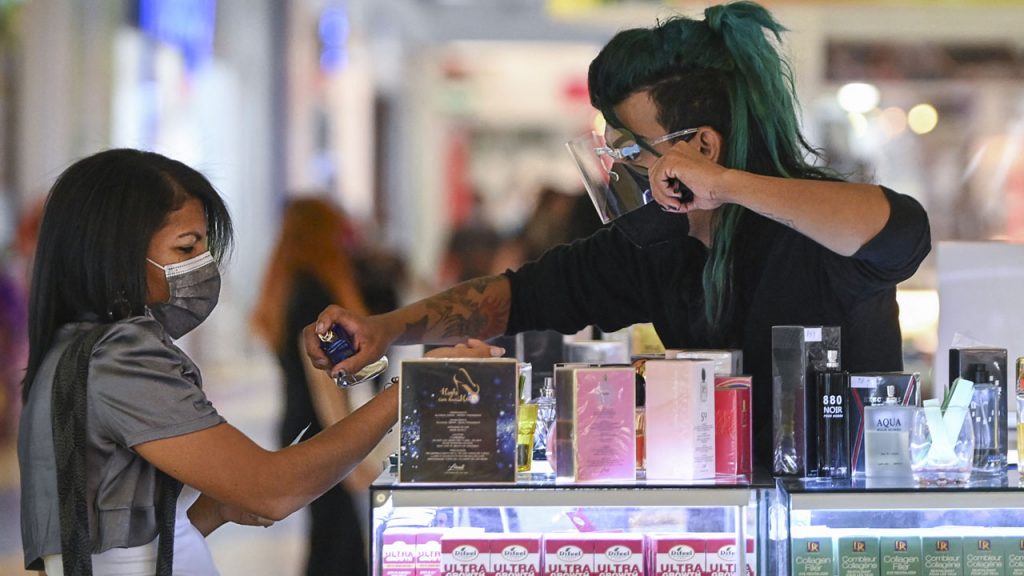 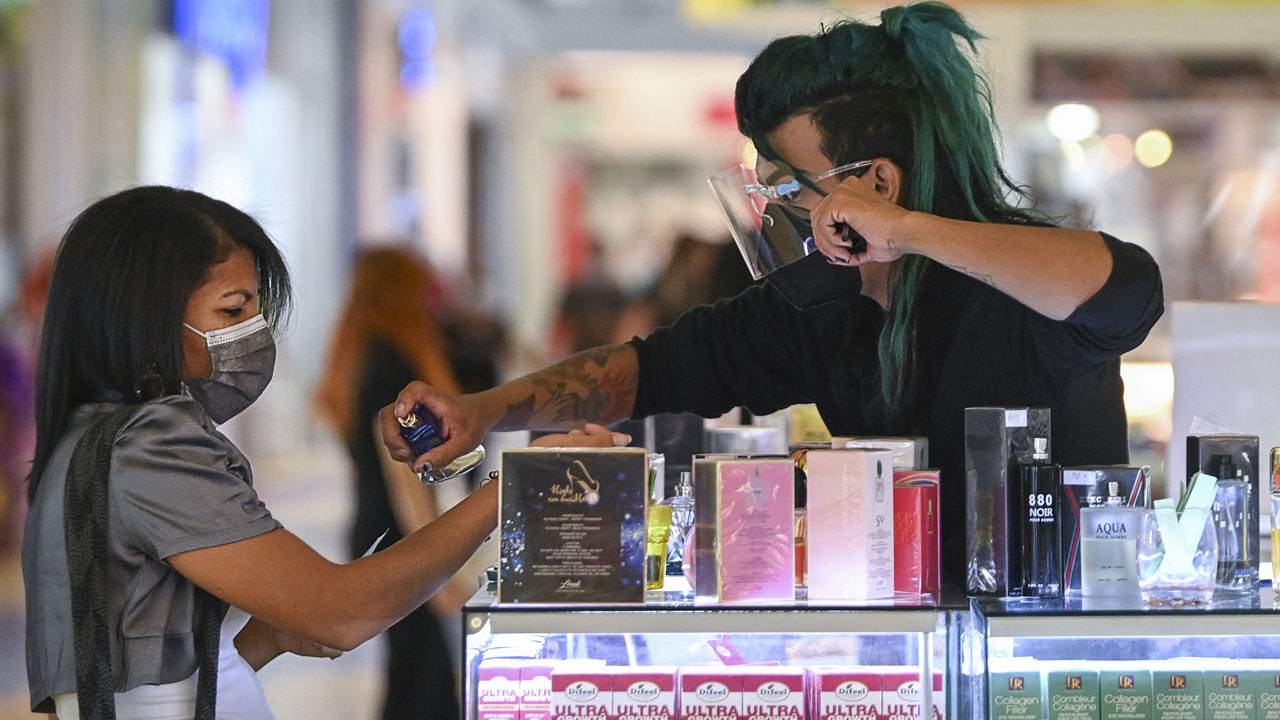 A woman tries a perfume at Albrook Mall in Panama City on February 1, 2021 as Panama begins the gradual reopening of certain economic sectors amid the COVID-19 novel coronavirus pandemic. – Panama begins the gradual reopening of retail trade, beauty salons and barbershops, and early childhood centres as of February 1, after a month of confinement due to the second peak of COVID-19. (Photo by Luis ACOSTA / AFP)

Panama’s health minister on Monday defended the deployment of more than 200 Cuban doctors to help the Central American country battle the coronavirus, despite criticism of the island government’s human rights record at home.

“We are eternally grateful” to the Cuban doctors because “they came here to save the lives of Panamanians,” Luis Francisco Sucre said during an appearance before the National Assembly to answer questions about the management of the pandemic.

Several deputies criticized the Panamanian government’s decision to hire the 220 Cuban doctors, calling it “a violation of human rights.”

But Sucre defended the agreement between his ministry and its Cuban counterpart, which he said “complies with all due legal processes.”

He said his government would not hesitate to “sign it again.”

“The same people who today criticize the agreement signed with the Cuban Health Ministry would have been criticizing if there were dead in the streets, or if people were dying in the corridors of hospitals because we had no doctors to treat them,” Sucre said.

The Cubans arrived in Panama on December 24, at a time when Panama was facing a crisis that had completely overwhelmed its health system and exhausted local doctors.

The decision to bring Cuban doctors produced controversy in some sectors because in Panama, medical practice is restricted to local professionals.

The announcement also met with resistance from Washington.

“Governments that hire Cuban medical workers must ensure their fair and humane treatment — in tark contrast to the Castro regime, which traffics in, and exploits, the workers’ bravery for its own gains,” tweeted Michael Kozak, Washington’s acting assistant secretary for Western Hemisphere Affairs.

Washington and some human rights organizations consider the sale of Cuban medical services a form of “forced labour” that “violates human rights” and only serves as propaganda for the Communist government of the island.

During his speech, Sucre said that in addition to Cuba, the Panamanian government also requested medical support from other countries, such as the United States, Costa Rica, Colombia, Venezuela, Italy, Israel, China and Russia, but had been unsuccessful.

“The criticisms are easy, the difficult thing is to be here directing a pandemic that nobody asked for,” Sucre said.