The media space has, since last week been set ablaze following a viral video and an article published by Mr. Liborous Oshoma, (gcfr).

In the said video and article, he made strong allegations against the Abia state government, which has prompted the Chief Press Secretary to the governor, Mr. Onyebuchi Ememanka to throw an open challenge to Mr. Liborous Oshoma (gcfr).

In his mind-captivating article, he wrote:

“It is criminal, unconscionable and wicked for people who are so highly privileged, feeding fat on the country’s wealth to still be sucking dry, the blood of those they constitutionally swore to protect, stealing what they can never use in their lifetime, thereby depriving the people of infrastructural development” 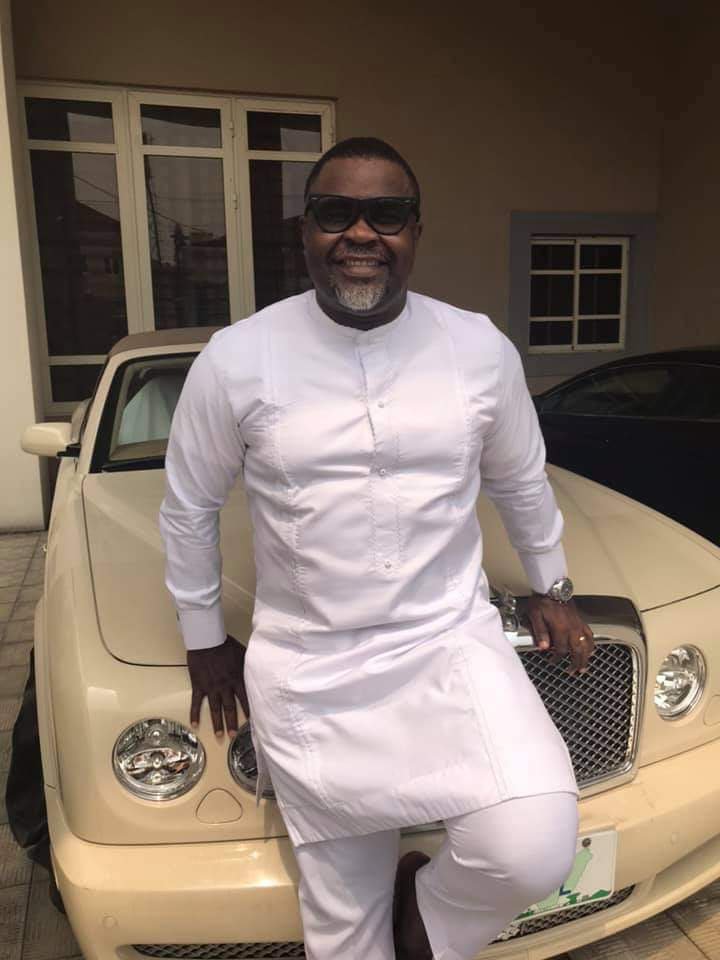 When I cried out to stakeholders to rescue Aba sometime last year, some government officials in Abia State, called for my head while calling me unprintable names, despite their refusal to honor my open invitation, for a debate. But unfortunately, today even the State Governor, Dr. Victor Okezie Ikpeazu is complaining about the decay and state of the federal roads in the state.

While the Governor is lamenting the deplorable state of the federal roads in Abia state, which is not peculiar to Abia alone, but a reflection of the existing states of federal roads across the country today. I dare say to the Governor to look inward as the kettle can’t be calling the pot black. In the words of Hon. Patrick Obahiagbon (Igodomigodo) I am maniacally bewildered that Abia State Governor would complain about federal roads while he is yet to fix the existing state roads or even build new ones.

AMA-Mmogho in Aba is arguably the largest and busiest garment-making hub  in West Africa, but there’s no road leading to it. Maybe na federal road too.

ABSUTH/Udeagbala road leading to the biggest Hospital in the state (Abia State University Teaching Hospital) is not motorable. You can’t take an emergency care patient to that teaching hospital as he or she might end up in the mortuary instead of the intensive care unit, due to the state of the road.

Most of the roads in the local government areas of the state, like Aba North, Aba South, Osisioma, Ugwunagbo, and Obingwa LGA have all been taken over by water and frogs.

The Umuahia, Bende, Ututu to Ohafia, and Arochukwu Road is a nightmare.

Osisioma flyover, Obohia road, Ohanku road, and Eziukwu road have won awards as the roads that have taken the longest time to build. Even though these roads connect to some of the busiest business hubs in the state, like Cemetery Market and Alaoji spare parts market. Even Faulks road that was recently constructed by the current administration has fallen apart just two years after commissioning.

21yrs of sycophantic monarchical democratic leadership (friend to friend and father to son), administrative recklessness, and state treasury looting have thrown Abia into an economic coma, which needs urgent surgical liberation. As those who should speak out against the malfeasance going on are either eating peanuts from the government or afraid to speak up. The youths have been held down with poverty and are so sycophantic to the extent that anybody in government vehicles is ‘Onye-Isi’.

Records obtained from some government officials in the state reveal that all governors’ relations and former Governors of the State still travel on the state account.

The State health Workers are on strike indefinitely, due to 17 months of unpaid salaries.

ASUTH is owed 13 months salary and unpaid subvention of close to three years.

Sometime last year, the State Governor led a delegation to African Development Bank (AFDB) to seek assistance to enable him to carry out some important projects, to wit;
3 projects in each ward within the LGA, asphalting of a 10km Road in each of the LGA,
Automation of Aba shoemaking factory,
N27b for underground water tunneling and reconstruction of 5 roads in Aba,
Abia Micro Finance bank for which the governor announced a 100 million naira start-up capital.

And the construction of a litany of road contracts; But as we speak most, if not all of these projects, only exist in remote or audio form and are far from reality.

I will therefore advocate, that until we break this chain of sycophantic cowardice of stomach infrastructure and breakaway from scavengers masquerading as political leaders, it may get to a stage where people from Abia will be ashamed to say they are from the state, except to get a federal government job or political appointment.

The youths should be told that the rain does not fall only in Abia as the excuses of rain by Okezie Ikpeazu has become unending, however, his Ebonyi state counterpart is using the same time to construct roads and build bridges.

Abians should remember that government is a social contract between the people and the leaders, and that demanding accountability, trust, and openness from our leaders should be the watchword at all times, instead of collecting peanuts from politicians who will in turn re-loot that which they have given you.

The Igbo Nation should remember that their Republican nature is hanging in the balance if they can’t speak the truth to their leaders and Governors in power.

To speak truth to power is a task we all must face in other to build a strong and virile country.

After a close observation, we at Ikwuano-news have outlined 15 areas that the “expected” debate will revolve around.

2. State of the road to the LG that produces oil, Ukwa West and East.

6. Most of the roads in Aba north, Aba south, Osisioma, Umuabo, Obingwa taken over by water and frogs.

8. Osisioma flyover, Oboahia road, Ohaukwu road and Ezeukwu road have won awards to have taken the longest time to build in this country.

*Record show that Governor’s relations,  former governors and their relations still travel on the state’s account.

“Nothing to show for AFDB loans. (Loan covers 3 projects in each ward in a LG, asphalting 10km road in each LG, automation of Aba shoemaking factory, N27bn underground water tunneling, reconstruction of five roads in Aba, Abia Microfinance Bank).
The above areas are points that need immediate address.”

How Sergeant Collins Apugo Killed My Brother Before Me In Umuahia, Man Wails

Who are police protecting and serving? Law enforcement...

Trump says this is ‘biggest decision’ he will...

Relaxed restrictions across US will have a dire...

CNN’s Brianna Keilar to Peter Navarro: You are...

Encomiums Flow, As Abuja Based Asa...