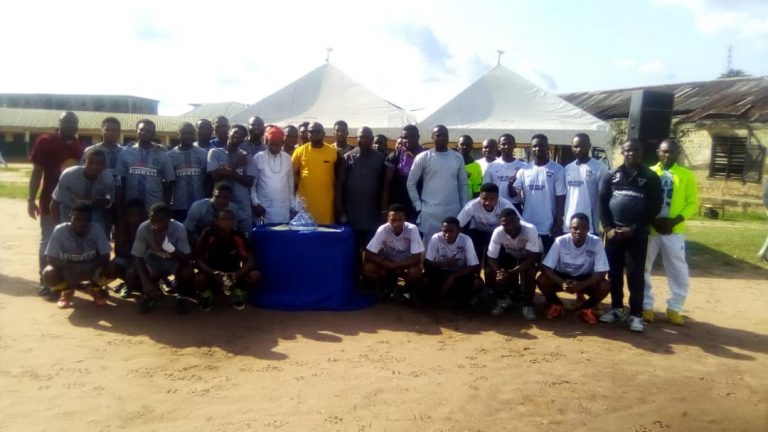 As part of his passion for football, Prince Ubochi has marked his birthday with friendly football match between youthful traders of Omenka Lane and Blessed Lane, Nwaorie Market Owerri.

Truely, the football match lived up to its bidding as weeks before the match both lane has been boastful of disciplining each other by optimistically guaranteed winning, however, the hard fighting and spirited Omenka Lane humbled vociferous Blessed Lane by a lone goal (1-0).

It was a match to watch and a match to be remembered, both team exihibited skills , mastery of the game and fair play.

Addressing the invitees Prince Ubochi expressed gratitude to God for His grace and mercy upon his life as well as to his parents Chief and Lolo Felix Ubochi ( Ome Udo).

Ubochi further applauded those who honoured his invitation and prayed for their journey mercies.

Highlight of the occasion was cutting of the well designed but beautiful birthday cake by the celebrant as guests were lavishly entertained and there was dance galore.