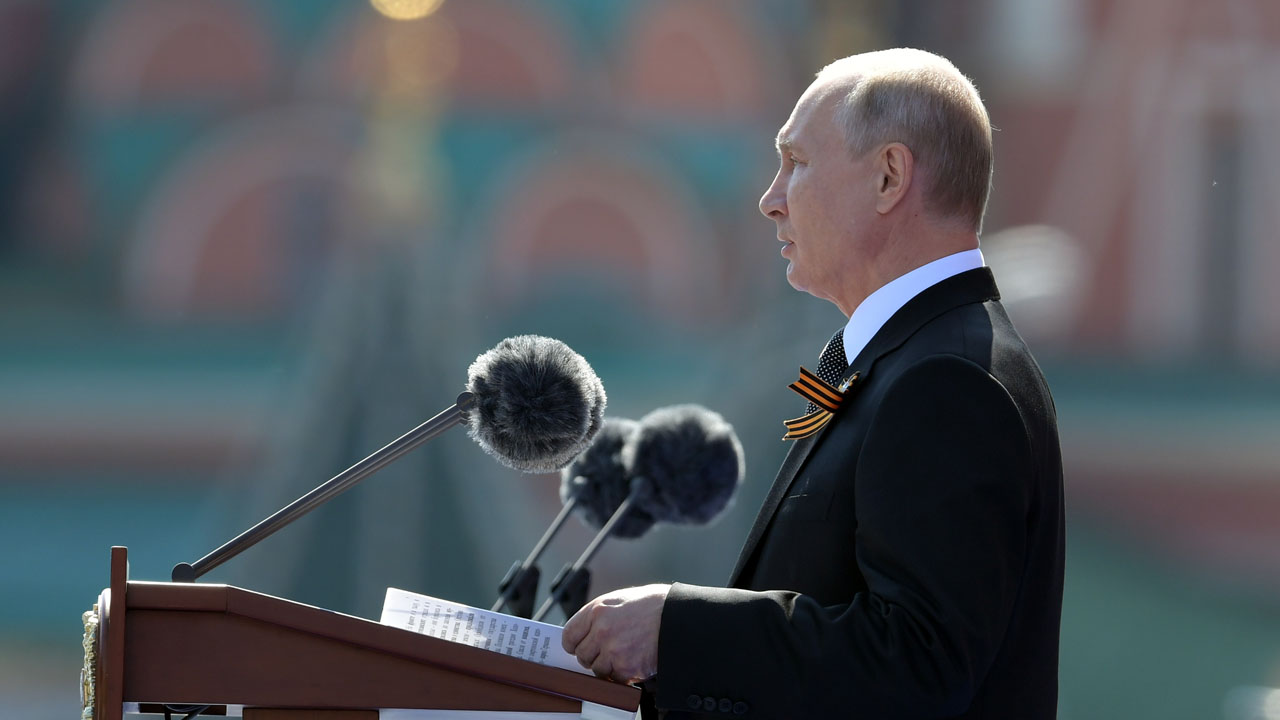 This handout picture provided by Host photo agency shows Russian President Vladimir Putin delivering a speech during a military parade, which marks the 75th anniversary of the Soviet victory over Nazi Germany in World War Two, at Red Square in Moscow on June 24, 2020. – The parade, usually held on May 9, was postponed this year because of the coronavirus pandemic. (Photo by Sergey Guneev / Host photo agency / AFP) / –

Russian President Vladimir Putin on Monday signed a law on increasing income tax for high earners in the first move away from a flat tax system in place since 2001.

Starting next year, the tax rate will rise from 13 percent to 15 percent on incomes over five million rubles (about $65,800/55,370 euros at the current exchange rate).

Putin made the announcement in a televised address in late June, a week before the country was due to vote on controversial amendments to the constitution that paved the way for the president to potentially stay in power until 2036.

The reform is expected to give state coffers an additional 60 billion rubles, the president said, adding that the money would go towards funding treatment for children with “severe and rare” illnesses.

The current flat tax system was introduced in 2001 and was among the key reforms of Putin’s first presidential term.

Modifications to the tax system have been discussed for several years, including the possibility of tax cuts for lower incomes.

The introduction of the flat tax “made it possible to bring wages and incomes out of the shadows, to simplify and make understandable the tax administration,” the president said in June.

But with the “new quality of administration, the introduction of digital technologies, it has become possible to distribute the tax burden in a more differentiated way,” he added.

UK to speed up coronavirus testing as criticism...