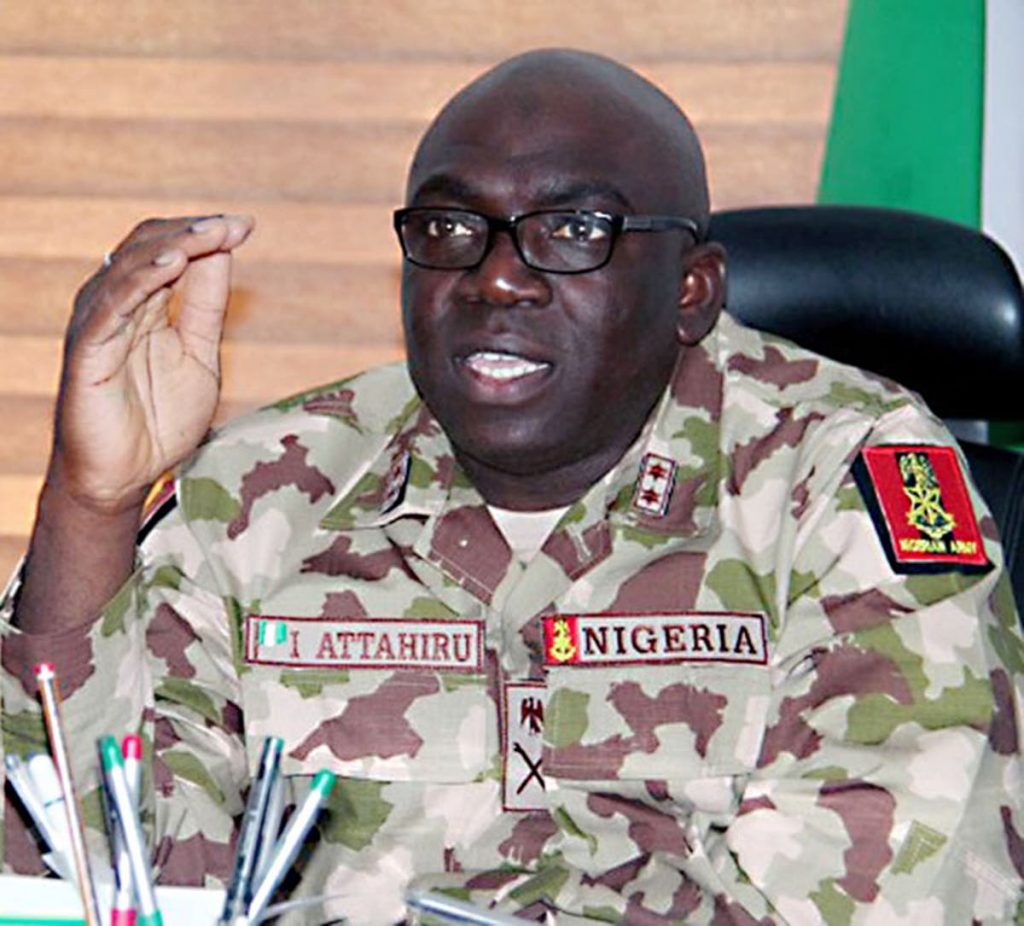 As the nation mourns the sudden death of the Chief of Army Staff (COAS), Late Lieutenant General Ibrahim Attahiru and 6 other senior officers who lost their lives in an air plane crash, the Nigerian Army has commenced with the burial proceedings, slated for today Saturday, 22 May 21.

The Director, Army Public Relations, Brig General Mohammed Yerima in a statement disclosed that, “It will commence at the National Mosque and National Christian Centre, Abuja by 1000hrs respectively.
“Consequently, the internment for the late COAS and 6 other senior officers will take place at the National Military Cemetery, Abuja today by 1300hrs (1 pm).
Meanwhile, the Minister of Defence, Maj Gen Bashir Salihi Magashi has described as a rude shock and unfortunate, the death in a plane crash of the 21st Chief of Army Staff Lt General Ibrahim Attahiru barely four months in the saddle.

General Magashi in a condolence message said the Air mishap that claimed the precious lives of the Chief of Army Staff, alongside other senior officers and his aides represents a huge national disaster.

In his condolence message, the Commander-in-Chief of the Nigerian Armed Forces, President Muhammadu Buhari, lamented that “the Military and the Nigerian Army in particular as well as my immediate family and Nigeria in general describe late General Attahiru as a gallant, dogged, disciplined and dedicated senior officer who died in the line of duty to his fatherland.

He recalled his impeccable track records of service to the nation as Director Army Public Relations,(DAPR), Theatre Commander Operation Lafiya Dole and as General Officer Commanding, GOC which culminated in his elevation to the enviable three-star status as Chief of Army Staff (COAS) in January this year.

According to him, his emergence as Army head at such a critical time in the nation’s efforts at surmounting her internal security challenges was symbolically strategic but impactfully short-lived in the anals of the service.

Furthermore, General Magashi amidst pain said that although the late General died when his service was needed most, his short but eventful tenure as the Chief of Army Staff and over three decades of dedicated, selfless and patriotic service would never be forgotten.

He prayed Almighty Allah to forgive Late Lieutenant General Ibrahim Attahiru and to grant him Alijannat Firidaus as well besiege God to grant the nation, the Military constituency and his beloved family the fortitude to bear the irreplaceable loss.