Oreofeoluwa Babalola, the four-year-old boy, who
told his mother to calm down in a video that went viral has bagged a multi-million naira endorsement deal.

Recall that the little boy had told his mum to calm down when he was about being punished for his wrongdoing, which eventually turned him to an internet sensation.

Oreofeoluwa  signed a two-year contract with a real estate company in Abuja on Saturday, August 22.

Oreofeoluwa Babalola, the four-year-old boy whose video went viral after telling his mother to calm down when she was about to beat him, has been given a multi-million naira endorsement deal. 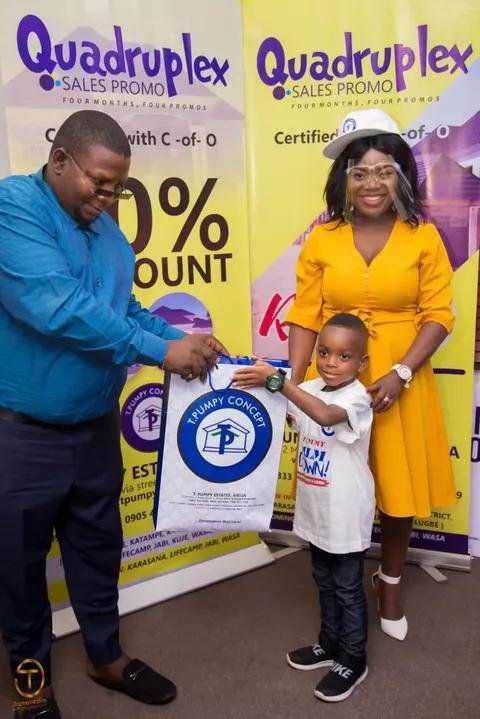 The boy signed a two-year contract with a real estate company in Abuja, T Pumpy Concept Limited, as its brand ambassador.

Gistreel reports that Oreofeoluwa signed the contract on Saturday, August 22, at the company’s headquarters.

The MD/CEO of T Pumpy Concept Limited, Akintayo Adaralegbe, as gathered, said the young boy exhibited smartness, intelligence and resilience in the video that went viral.

“while many people only watched and laughed over the video, I learnt a lot from it”, Adaralegbe said.

The boy became an internet sensation after he told his mum to calm down when he was about to be punished for his wrongdoing.

Reacting to the endorsement, the boy’s mum, Toluige Babalola, thanked the real estate company for reaching out to her son.

In other news, Oreofeoluwa said he has turned over a new leaf and has not gone back to what he wanted to be punished for.

He also said Mathematics is his best subject, adding that his ambition is to become a police officer in the future.

Speaking about her son, Toluige said Oreofeoluwa does not like to be idle. She said he always wants to engage in something.

According to the mum, if Oreofeoluwa is not in school, he will be playing football or riding his bicycle.

Oreofeoluwa’s mother said their lives have changed since the video went viral, adding that she has met people she never thought she could meet or talk to.

She said she has been inundated with calls from people who took an interest in her son and would like to see him.

Katy Perry Reveals the Sex of Her Baby...

Kelly Ripa Has Been Live From the Caribbean...

May 2020 Monthly Horoscopes For All Zodiac Signs...

Logan Paul Says Jake Paul Should NOT Have...

Prince Harrys life has turned upside down after...

Governor Ikpeazu To Interact With Abia...