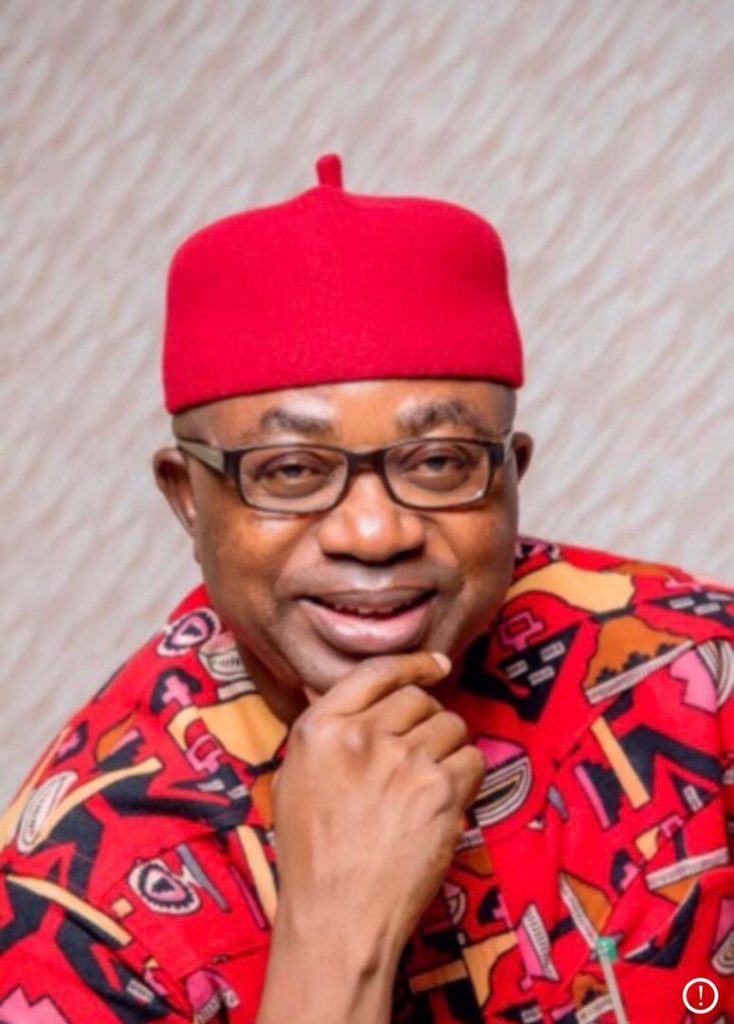 The member representing the good people of Ikwuano Umuahia North/south Federal Constituency, Sam Onuigbo has applauded the administration of President Muhammadu Buhari since his Inaugural Address on May 29,2015, for showing commitment to tackle Climate Change in Nigeria.

Honourable Sam Onuigbo in the statement he titled “Promise of Paris”, noted that what was done was for countries and organizations to commit to ambitious targets that will help keep global temperature to 1.5 degrees post-industrial era.

He stated that in 2021, a little over five years after the Promise of Paris, Climate Change conversations have shifted to clear-cut verifiable and ambitious actions to tackle Climate Change.

Hon Onuigbo said as legislators, it is their duty to complement the efforts of the executive through oversight, or by making laws that will help realize the goals and visions of Government, adding that this was what gave birth to the Climate Change Bill which he, (Onuigbo) sponsored.

His words, “The Bill seeks to provide legal backing to Nigeria’s efforts to mainstream Climate Change actions into the country’s sustainable development plans”. “Thankfully, through the combined efforts of the legislature and the executive, the Bill was reviewed and on July 8,2021, it was passed by the House of Representatives. Immediately afterwards, it went through First Reading at the Senate on July 14,2021”.

Through his statement made available to National Watch, the federal law maker expressAes deep appreciation to the President of the Senate, His Excellency Senator Ahmed Lawan CON, the Speaker of the House of Representatives, His Excellency Rt. Hon. Femi Gbajabiamila, the Deputy Senate President, Senator Ovie Omo-agege, the Deputy Speaker, Rt. Hon. Idris Wase, the Honourable Minister of Justice and Attorney General of the Federation, Honourable Abubakar Malami SAN, and the Honourable Minister of State for Environment, Chief Sharon Ikeazor for the leadership they have exercised in this journey.

His words, ” i extend my sincere gratitude to my colleagues in the House for their support. I would also like to acknowledge the contributions of my colleagues who are members of GLOBE Nigeria and Climate Parliament Nigeria and to commend them specially for the unrelenting support and commitment they have shown. My appreciation also goes to the Clerk of the National Assembly, Clerks of the Senate and the House of Representatives for their sense of awareness of the importance of this Bill, and consequently giving it the attention it required.

He further applauded Members of the media, the international community especially the British High Commission, the US Embassy, Climate Parliament, GLOBE International his team, technical experts, young Nigerian climate activists, also deserve commendation for their relentless efforts to ensure that this important piece of legislation is passed and assented to. The journey to save our planet is not yet over”.

Other part of the statement reads, “as the leader of the Senate, Distinguished Senator Yahaya Abubakar Abdullahi, said on the floor of the Senate today, while making the argument for the expeditious passage of the Bill by the Senate, Mr. President needs to assent to the Bill as quickly as possible, in view of COP26 which the President will be a part of. Nigeria participating in COP26 with a Climate Change Act will be the country’s loudest statement of ambition. It is my hope that assent will follow as soon as possible. May God bless us all”, he concluded.