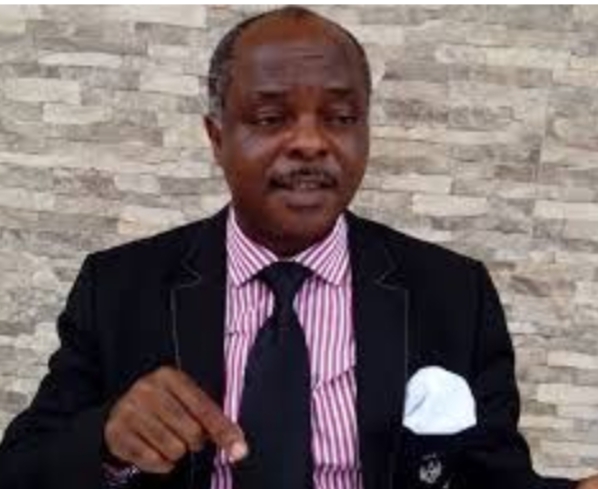 Imo Attorney-General, COC Akaolisa says in line with Rule of Law, justice must be pursued through the established process of adjudication that will ensure that all parties get fair hearing.

The Commissioner for Justice explained that the Rule of Law entails that “there is no body that would be suppressed or his rights infringed upon.”

This is following the recent recovery of illegally acquired land from former Governor of the state, Rochas Okorocha, from the present administration led by Governor Hope Uzodimma.

The Attorney-General lauded the Governor for upholding the principles of the Rule of Law in the state, stressing that the interest of the people of Imo is paramount in the heart of the Governor, hence Imolites will no longer be subjected to deprivation of there rights in the future.

COC Akaolisa made this statement yesterday, in an exclusive interview with Famousreporters.com, at his office, stressing that any system that adheres to this Rule of Law is devoid of dictatorship, nepotism and the likes.

“The rule of law entails that there must be justice; we must pursue that Justice through the established process of adjudication to ensure that all parties get fair hearing and that nobody will be suppress his rights infringed upon.”

He explained that the rule of Law “took flight in Imo State during the reign of Rochas Okorocha; citizens were complaining about arbitrariness, infringement of their rights, nepotism and dictatorship that characterised the regime.

“That resulted in injuries to the rights of Imolites with respect to their property rights and interests”, he said.

“Of course when we came in when this government came in the governor assured us that he’s here to run a transparent government that will respect the right of the citizen and restore the Rule of Law in state. We have been adhering to that promise and that’s why everything we have done, has been anchored on clear and strict observance of the rule of law”.

Asked about what triggered his actions, as well as challenges as encountered in the attempt to recover the lands allegedly amassed illegally by the past administration, Akaolisa said:

“Well, the problem we have been encountering or we have encountered is that a lot of people have not really understood what we are doing in terms of following; our people have some kind of sentiment but for you to be able to stop an attitude, you must be strict in ensuring you follow up that matter to a logical conclusion. So, many people will say Rochas has been a governor he has gone, why do you have to pursue him? why do you have to follow him up on his bad deeds? And I ask them; are you going to sleep and allow something that you know is wrong, something that the people are complaining about and just over look it? No! That’s one of the challenges we have so far.

“So, we are pressing on with that, not because we have any personal issue with Rochas but because of Imolites’ interest. In all that we doing with Rochas, that is the principal reasons why we going ahead with all these things, because Imo cannot be taken for a ride and our people will not allow anybody to come into this state and do the kind of things rochas did. This is not just about rochas it not about it about who ever comes in the future will not do the kind of things rochas did.” He concluded.