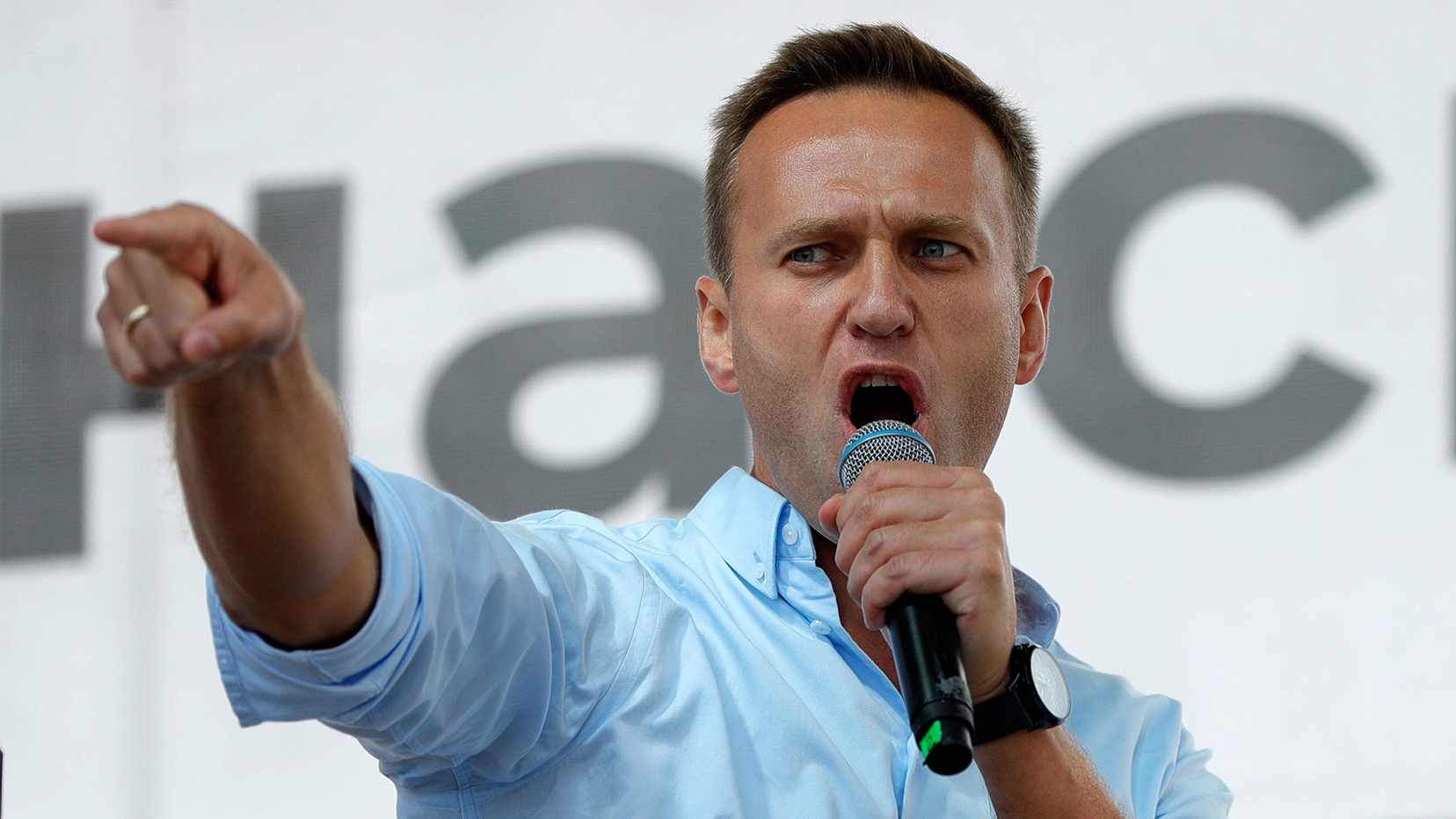 In this Saturday, July 20, 2019 file photo Russian opposition activist Alexei Navalny gestures while speaking to a crowd during a political protest in Moscow, Russia. Russian opposition leader Alexei Navalny was the victim of an attack and poisoned with the Soviet-era nerve agent Novichok, the German government said Wednesday, Sept. 2, 2020 citing new test results. Navalny, a politician and corruption investigator who is one of Russian President Vladimir Putin’s fiercest critics, fell ill on a flight back to Moscow from Siberia on Aug 20 and was taken to a hospital in the Siberian city of Omsk after the plane made an emergency landing. (AP Photo/Pavel Golovkin, File)

Russia said Tuesday it was hitting several EU representatives with tit-for-tat sanctions in response to penalties imposed by the bloc over the poisoning of opposition leader Alexei Navalny.

The foreign ministry said that in response to “confrontational” EU actions, it had “decided to expand the list of representatives of EU member states and institutions who will be denied entry to the Russian Federation”.

The counter-sanctions were announced after Moscow summoned senior diplomats from three EU countries where labs concluded Navalny was poisoned in August with Novichok, a Soviet-designed nerve agent.

German, French and Swedish representatives were called to the foreign ministry in “connection with the introduction of EU anti-Russian sanctions,” a spokeswoman told AFP.

The European diplomats did not make public statements.

The new sanctions came a day after Navalny said he had tricked a Russian agent into admitting the Federal Security Service (FSB) tried to kill him by placing poison inside his underwear.

The FSB late Monday described the evidence in Navalny’s claims as “fake” and said he was aided by foreign intelligence services.

Navalny, 44, fell violently ill during a flight from Siberia to Moscow in August and was hospitalised in the city of Omsk before being transported to Berlin by medical aircraft.

In a statement earlier this week, the Russian foreign ministry repeated claims that EU countries had refused to cooperate with Russia over a probe into the incident.

Moscow has repeatedly denied allegations its security services played a role in the incident.

Coronavirus cases double in one day in South...