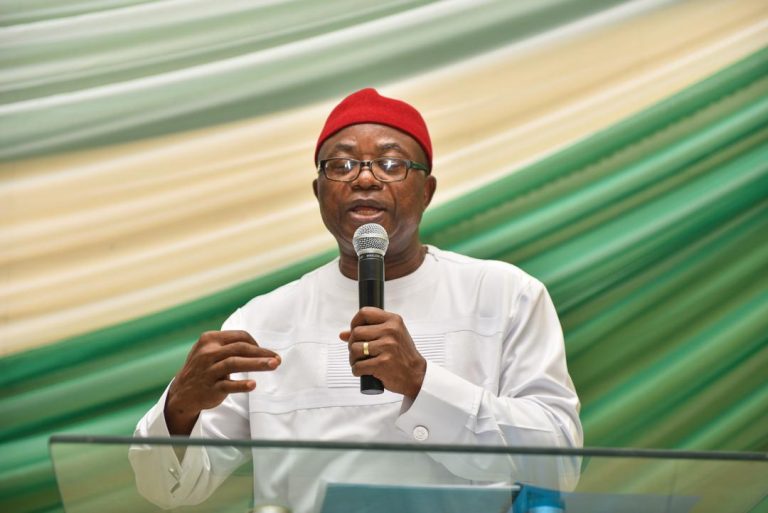 The member representing Ikwuano/Umuahia North/Umuahia South Federal Constituency in Abia State, Rep. Sam. Onuigbo, has made a call for the reorganization of the United Nations in order to prevent the current situation where certain countries become uncontrollably powerful.

He stated this during an appearance on NTA International’s morning show on Thursday, September 22, 2022.

Onuigbo was echoing President Muhammadu Buhari’s call for the fastracking of efforts to reach a consensus on the Nuclear non-proliferation Treaty with related commitments by nuclear weapon states; reform of the UN Security Council and other UN agencies in order to have more effective representation.

This is coming as Russia made a veiled threat to resort to the use of nuclear weapons in the ongoing Russia-Ukraine war.

The federal lawmaker stressed that such reorganization will save the world from the threat of super powers whose votes equate to the votes of ninety-nine countries embarking on warfare against less powerful nations thus throwing the world into series of conflicts with attendant economic, security and social issues.

Rep. Onuigbo used the opportunity to commend President Buhari for his persistent commitment to addressing the issue of climate change with its attendant fallouts such as poverty, insecurity, health challenges, unsustainable environment, etc. He also lauded the President for his efforts at leaving a legacy of free and fair elections by signing the Electoral Act 2022.

He called on the President, to upon his return from UNGA77, inaugurate the National Council on Climate Change as a follow up to his earlier appointment of a Director General for the Council.

According to Onuigbo, this is critical to the implementation of the Climate Change Act signed into law by President Buhari on November 17, 2021.

The lawmaker who stressed that the world needs to work together to solve issues— actions of non-state actors, disamarment, nuclear proliferation, climate change etc—called for speedy efforts to engender proper representation at the UN and all its agencies.