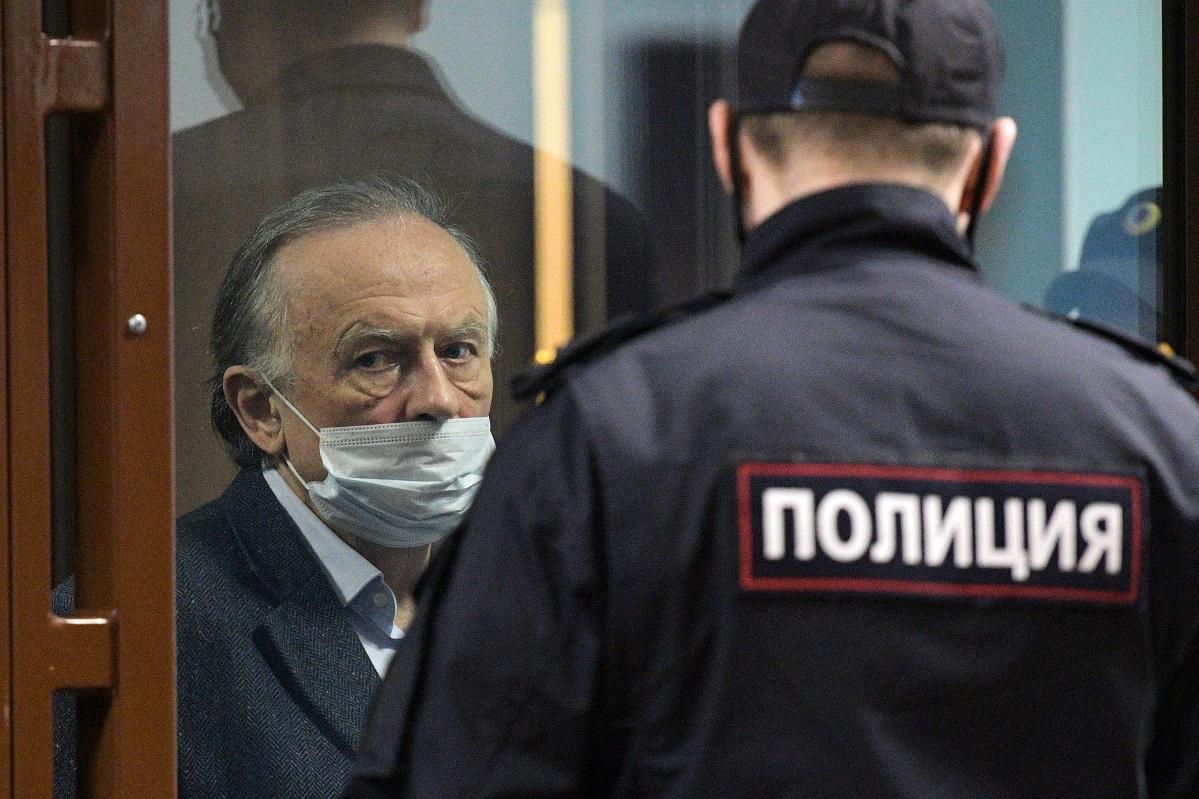 A Russian historian and Napoleon enthusiast was sentenced to 12-and-a-half-years in prison for murdering and dismembering his young lover last year.

The Saint Petersburg trial, which spurred activists to voice growing anger over domestic abuse in Russia, began in June after delays due to the coronavirus pandemic.

Oleg Sokolov, 64, had admitted murdering 24-year-old Anastasia Yeshchenko but said he committed the crime against his former student and lover in the heat of the moment during an argument.

He was arrested in November last year after he was found drunk and carrying a backpack containing a woman’s arms.

Judge Yulia Maximenko sentenced Sokolov on Friday to “12 years and six months in a strict regime penal colony” on charges of murder and the illegal possession of firearms.

READ MORE:  Tucker: The mob is an arm of the Democratic establishment

“He was aware of his actions at the time of the crime,” Maximenko said as she read out the verdict, adding that the intent to murder arose “suddenly”.

Sokolov, a historian who received France’s Legion d’Honneur in 2003, paced back and forth as the sentence was read, an AFP journalist following the trial reported.

In November last year he was arrested after he was hauled out of the freezing Moika River in Saint Petersburg while drunk and carrying a backpack containing a woman’s arms.

Sokolov’s lawyer Sergei Lukyanov said the defence “does not agree” with the sentence but will decide whether to appeal after receiving a copy of the verdict.

Last week the court heard the final arguments in the case and prosecutors requested a 15-year-term.

Their lawyer Alexandra Baksheyeva told reporters that even though “nothing can bring their daughter back” the family does not intend to appeal the verdict to request a harsher sentence.

The gruesome murder shocked Russia after many of his students said Sokolov had exhibited inappropriate behaviour in the past and demanded that management at the university be investigated.

Every year, nearly 16.5 million women across Russia fall victim to domestic violence, according to activists.

However, efforts to lobby for a specialised law against violence and protect victims have failed.

Factbox: Latest on the spread of coronavirus around...

Trump in trouble? Poll numbers have some conservatives...

California may be reopening too quickly, state health...