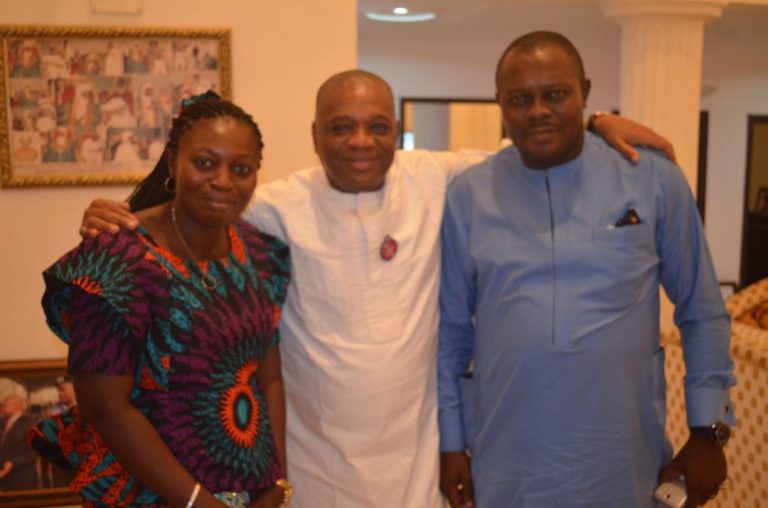 Senator representing Abia North, Dr. Orji Uzor Kalu has felicitated with Mr. Ifeanyi Okali, director of ABN TV, a leading online medium in Nigeria and his wife, Oluchi Okali as the couple marks the 9th anniversary of their wedding.

Sen. Kalu a former governor of Abia and the current Senate Chief Whip in a congratulatory message on Wednesday said the couple has come this far in their union because of their ability to understand each other’s peculiar weakness and strength.

He said the union is strongly rooted in love and deep understanding, urging younger couples to take a cue from them.

“Nine years in a marital union without any iota of doubt is a significant millage in a society where divorce has become a daily occurrence.

“The couple has consolidated on the strength of each other while managing their peculiar witnesses. That is what love teaches. They are a reference point to young couples who wish to remained permanently glued to each other in thick and thin.

“I’m glad that they have over the years weathered their storms a remained stronger. It is my earnest prayer that they will remain stronger to enjoy the chains of blessings that come with marriage. God in His infinite mercy will bring perfection wherever it lacks in their marriage” the lawmaker said.