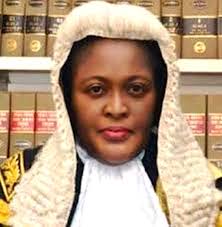 The recent invasion of Justice Mary, Odili’s home has been said to have left no doubts that Nigeria is not a Zoo County, but a jungle kingdom.

The Council, who condemned in its entirety the unconstitutional, illegal and inhuman invasion of Justice Mary Odili’s house, demanded that the perpetrators of the mayhem be prosecuted.

Igboayaka, in his embittered state who accused Attorney General Justice, Abubakar Malami (SAN), of ruling with instinct, instead of adhering to the rule of Law, as it were warned sternly the latter to methodically address issues as it affects the Igbo nation.

He said: “Malami should be extremely careful in handling issues that have to do with Ndigbo or be ready to plunge Nigeria into anarchy that will cease the unity of Nigeria.”

Comrade Igboayaka further warned Malami that “turning Nigeria into a Jungle kingdom, is empirical evidence that over 30 millions Igbo Youths will take laws into their hand if any other attack or ill-treatment is meted out to Justice Mary Odili or any other prominent Igbo son and daughter.

Reacting to what he described as “the abuse of power and illegality” as exudes by the country, the Council regretted that “the Zoo, is better than Nigeria’s political system,” lamenting that the latter is a classified animal Jungle were lawlessness becomes a law in a lawless country.

Hear him: “It’s obvious that in a Zoo, animals are arranged in a special order according to their individual species but in a Jungle there is no orderliness and rationality. Instinct is a means of law, but unfortunately Nigeria has become a Jungle Kingdom were the Attorney General Malami rules with his instinct not the law of Federal republic of Nigeria.

“Malami has exalted his instinct above the constitution of Federal republic of Nigeria, our country is today being ruled with “Fulani Instinct”. I call upon international community to watch Nigeria as a jungle Nation where human fundamental right has been buried.

READ MORE:  Kwankwaso, Darlington Nwokocha, Bawas, others Condole with Chief Echeozo *As his late father is laid to rest

“Malami supervised the invasion of Barrister Ifeanyi Ejiofor’s home on June 6, 2021, yet with another similar experience in 2nd Dec. 2019, because Ifeanyi Ejiofor is an Igbo lawyer. On July 21, 2021 under Malami order Sunday Igbogho’s house was invaded by Nigeria security agents.

Speaking further, he said: “In another event of jungle act on October 8, 2016 under Buhari security agents raided the home of Justice Walter Onnoghen & Sylvanus Ngwuta of the Supreme Court, as well as the homes of Justices Adebiyi Ademola, Muazu Pindiga and Nnamdi Dimgba of the Federal High Court. DSS officers spent time breaking the gate of Justice Dimgba’s house with a sledgehammer before beating his brother to pulp when they could not find him, which they arrested justices Ademola and Pindiga.”

The above chronicle and litany of invasion by Nigeria government against its citizens, he said was a clear evidence that Nigeria Constitution “is on suspension under the present Jungle system of Government led by president Mohammadu Buhari”