SLUG = Mbata splashes Heartland Fc 1m, promises 10m if they do this… 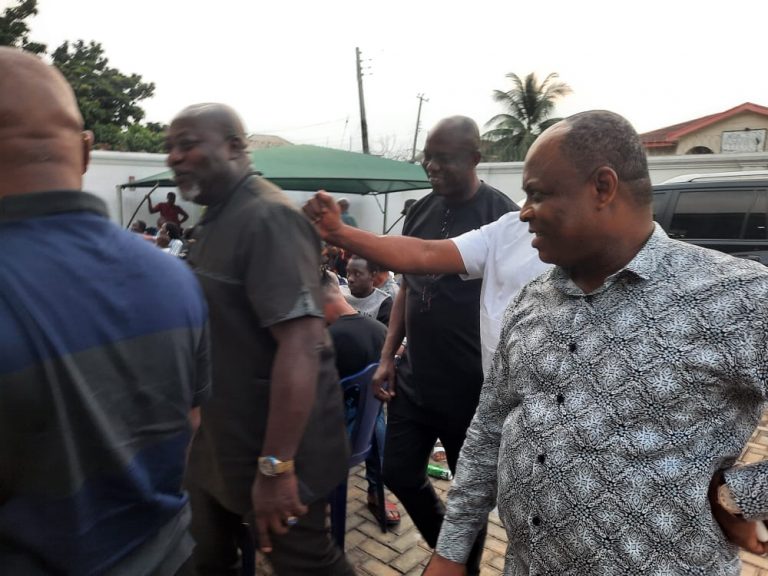 As part of the means to appreciate the Staff and Management of Heartland Football Club, Owerri for their sacrifices and survival during the just concluded Nigeria premier league, Chief Alex Mbata has doled out one million Naira cash to the club and promised to give them 10 million Naira if they lift 2021/2022 premier football season trophy.

Mbata disclosed this on Tuesday at New Owerri, the official residence of Rt Hon. Chyna Iwuanyanwu (Mr. Capacity), the Deputy Speaker, Imo State House of Assembly during an end of season dinner organized for the club by the Deputy Speaker and House Committee Chairman on Sports who equally oversees the club activities on behalf of Governor Hope Uzodimma.

The business icon turned politician commended the players, technical crew and management for their efforts but lamented that their efforts was not good enough to give them the prized cup.

Mr. Fidelis Ilechukwu, the club’s Chief Coach complained that welfare destractions reaped them off the cup and enjoined the state government on the need to give the club a priority even as the players passed a vote of implicit confidence on him as a good man.

However, Mbata canvassed seriously on the need for private sector persons to help in supporting and encouraging the club noting football as a serious business.

He also gave kudos to the coordinating roles of the Deputy Speaker and applauded Governor Hope Uzodimma for his good intentions for the club and Imo State in general.

Earlier, Chief Dan Ogu, the Commissioner for Youth and Sports expressed profound gratitude to Governor Uzodimma, the Deputy Speaker, the technical crew, players , Sports Journalists,board members and supporters for their unconditional labour of love and prayed for God’s abundant blessings to them and the club.

Ogu assured them that next season will be better of as they have taken stocks of their lapses and announced that the players should commence on short break immediately to enable the management repositioned the club ahead of the new season.

He also promised them that their two months outstanding salaries will be paid before the end of the month. It was a night to remember as the host served them exquisite drinks and food.