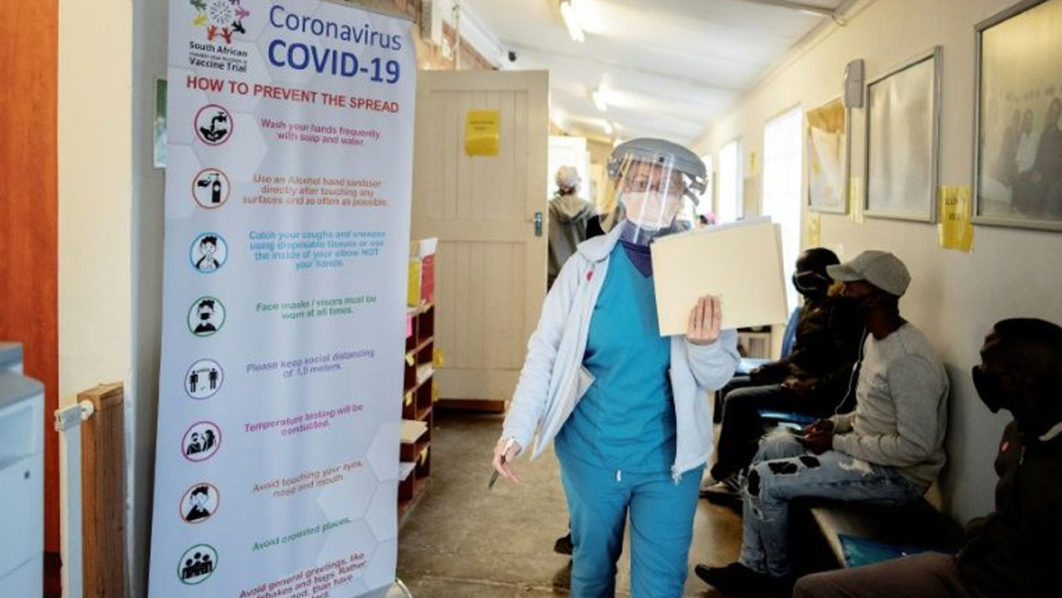 President Cyril Ramaphosa on Monday announced a new ban on alcohol sales and said mask-wearing will be mandatory in public after South Africa became the continent’s first to record one million coronavirus cases.

Ramaphosa justified a raft of new measures by a “rapid rise” in infections, most by a new strain of the virus feared to be more contagious.

He pointed the finger at “super-spreader” social events and an “extreme lack of vigilance over the holiday period”.

“We have let down our guard, and unfortunately we are now paying the price,” the president said during a solemn televised speech.

Africa’s worst-hit country previously banned alcohol sales in March when it was battling its first wave of infections.

Such admissions put “an unnecessary strain on our already stretched public health facilities,” he said, announcing that the new ban would start from midnight.

He said that more than 41,000 health workers have contracted Covid-19 since the start of the pandemic.

The country’s curfew will now start at 9 pm — from 11 pm previously — while non-essential establishments such as shops, bars and restaurants will close from 8 pm.

All large gatherings — inside or outside — will be prohibited for the next two weeks, except for funerals which will be limited to 50 people.

South Africa passed one million recorded coronavirus cases on Sunday, while it has registered nearly 27,000 deaths.

“Unless we act now and unless we act decisively, the number of new infections will far exceed what we experienced during the first wave and thousands more people will lose their lives,” Ramaphosa said.

One million Americans vaccinated against Covid-19

US approves Pfizer vaccine as millions of doses...

Calls for de Blasio to resign trend on...

Coronavirus questions answered: How can families deal with...

US political leaders line up for early Covid...