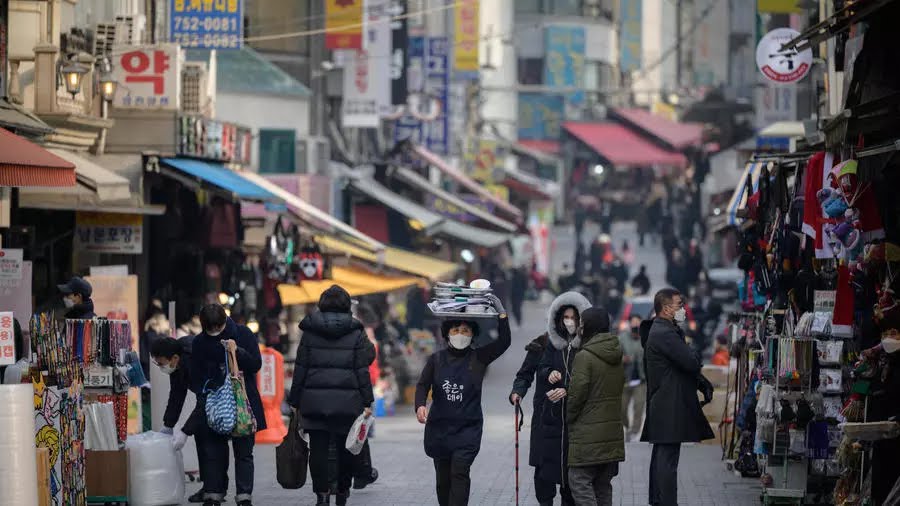 South Korea on Saturday reported its highest daily number of coronavirus cases so far, with a surge centred on the capital region sparking fears the country could lose control of the spread.

Officials announced 950 new infections after several days reporting numbers ranging from about 500 to 600.

Some 669 were reported in the greater Seoul area on Saturday, according to the Korea Disease Control and Prevention Agency, prompting worries about a major outbreak in the densely populated area — home to half the country’s 52 million people.

“This is the last hurdle before the roll-out of vaccines and treatments,” President Moon Jae-in said in a statement, calling the situation “very grave”.

“The government will make utmost efforts using the full administrative power” to bring the spread under control, he added.

An additional 150 testing centres will be set up in areas with heavy movement of people including train stations.

Officials said infections linked to a church and a hospital in the Seoul metropolitan area, as well as private gatherings, drove up the tally of cases.

The spike came despite the government’s tightening of social distancing rules in the capital area earlier this week.

The measures include a ban on gatherings of more than 50 people and spectators at sports events. Cafes can serve only takeaways, while restaurants must close by 9 pm, with only deliveries permitted afterwards.

Despite the changes, “people’s movement has not been reduced significantly”, senior KDCA official Lim Sook-young told a news briefing.

“Infections from personal face-to-face meetings have been continuing… Please cancel all such meetings,” she said.

Saturday’s figure takes the total number of domestic recorded cases in the country to more than 36,800.

South Korea endured one of the worst early Covid-19 outbreaks outside mainland China, but brought it broadly under control with its “trace, test and treat” approach.

It never imposed the kind of lockdowns ordered in much of Europe and other parts of the world.

The country has previously been held up as a model of how to combat the pandemic, including by the World Health Organization.

The public has largely followed social distancing and other rules, such as wearing face masks.

Has Dua Lipa just released the album of...