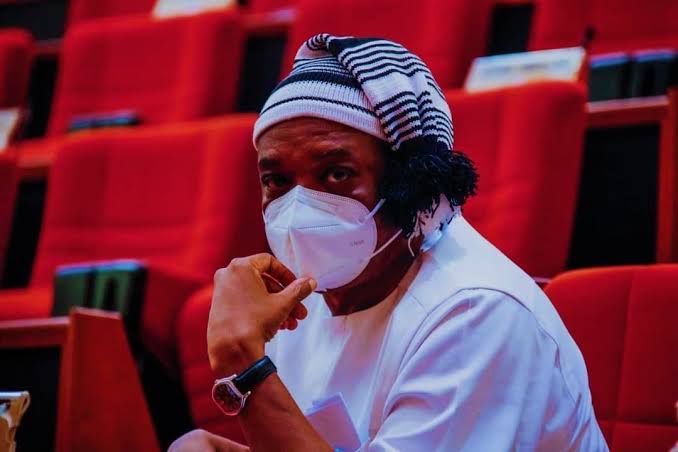 Speaking during a live interview on Silverbird Television on Friday morning, Kalu further rebuffed assertions that the trend indicated that the Southeast leaders were not united at forging a common front to produce the next President.

Making inferences at previous elections the former Governor explained that since 1999 no region had ever presented a single candidate before winning elections. He said that the belief that Igbos must come together to present a single candidate inorder to produce the next President of Nigeria were mere fallacies promoted by the media.

Giving examples, the ex-Governor recalled how former President Olusegun Obasanjo, Bola Ige and Olu Falae, all from the Southwest geopolitical zone of the country contested the 1999 Presidential election.

Speaking further, Orji Kalu recounted also on how both former vice President Atiku Abubakar and current President Muhammadu Buhari both from the Northern zone had contested the 2019 General elections.

Explaining further, Kalu said that the beauty of democracy is based on the right of individuals to vie elective positions and for the electorates to make their choices based on the qualities of each aspirant.

Kalu however gave assurances that he and other aspirants from the Southeast were in good talks and maintained a cordial relationship, saying that they remained committed to the common goal of producing a Nigerian President from Igbo extraction.

He said; “No region forges a common front and I have just given you an example, when Obasanjo ran for elections in 1999, Olu Falae , Bola Ige and three other Yorubas were also contesting for the same Presidency, did that stop the emergence of a President from the Southwest? So what are you talking about ? It is the beauty of constitutional democracy, the more the merrier, people must contest and the people must choose who can do the job.”

“That Orji Kalu came to contest and another Igboman comes out does not mean you won’t vote Orji Kalu, the beauty of democracy is in the ability to make a choice. That is why I initially told my friends (Tinubu, Umahi and Anyim) that in the sitting room where we were eating that I won’t run but the beauty of it is that people later persuaded me to come and run because they know that I’m capable of doing the job.”