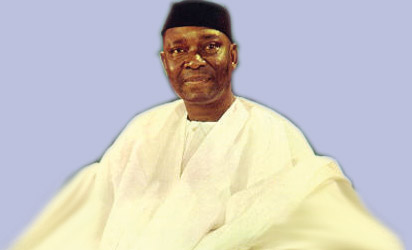 The apex youth wing of Ohanaeze Ndigbo Worldwide- the Ohanaeze Youth Council (OYC) has called on Nigerians to endeavour to replicate and resurrect the spirit of Zik in Nigeria’s political project by searching for a new Zik of Africa from the Southeast extraction in 2023 presidential election.

It is no longer news that the national disunity that apparently has characterized the current political dispensation in Nigeria is glaringly on the increase.

To this effect, OYC insists that it will only take a new Zik from the Southeast region to unite the Nigerian nation in her dwindling state.

The National President of the Council, Comrade Igboayaka O. Igboayaka stated this on Monday 22nd November 2021at Sam Mbakwe Airport Owerri after a two weeks media consultation at Abuja on the actualization of Nigeria president of Southeast extraction, urging political parties to choose their New Zik from Southeast.

He pointed out that Nigerian president of Southeast extraction, should as a matter of necessity, have its focus strictly ensuring that Zik legacy is inarguably sustained and defined, saying, “it’s a legacy of unity, a quick act for Nigeria unification project planned by Dr. Nnamdi Benjamin Azikiwe.”

Comrade Igboayaka advised Nigerians that the with fragile unity of Nigeria it urgently needs Pan-Africanism, a nationalist from Southeast to quicken the spirit of Nnamdi Benjamin Azikiwe to settle the disconnection among the ethnic groups in Nigeria.

According to Igboayaka, the role of Dr. Nnamdi Azikiwe in uniting various tribes in Nigeria even after various tribes got their self-rule, ought to be imbibed.

Adding, he said: “Dr. Nnamdi Azikiwe symbolically repented the hub of Nigerian unity and such gesture epitomizes the spirit of “Igwe Bu Ike” as an Igbo man who shared this principle of multiple together increases strength and national capacity.

“It’s on record that Alhmadu Bello and Obafemi Awolowo opted for separation of the country by their actions and inactions, but it took someone from the Southeast to convince the North and West for National unity and a strong Nigeria.”

“This vision earned Nigeria as the title of ‘the Giant of Africa’. Therefore to resurrect this vision all the ethnic groups in Nigeria should flash their torch light in Southeast to replace of Dr. Nnamdi Azikiwe” vision for Nigeria, Igboayaka opined.

Speaking further, he regretted that Nigeria had derailed from the original plan of her founding fathers, restating that the former was in desperate need of a rebirth, as he enjoined right thinking citizens to sought for same, through a deliberate search of the next Nigeria president from the southeast extraction.

Hear him: “The present Nigeria situation is never the idea of the founding fathers which Zik was the arrow head that brought the birth of Nigeria, as Nigeria needs a rebirth. it’s on the best interest of Nigerians to seek a rebirth of Nigeria from Southeast Zone were the father of Unified Nigeria was first birthed.
The Nigeria president of Southeast extraction 2023 is not a coincidence. But, a calculated political time, as it is surely am ample time for rebirth, rebuild, reintegration, reconciliation and reintroduction of a new Nigeria.

READ MORE:  Uche Ogah charges Abians on compliance with govt's directives as he…

“Those that want to keep the legacy of Zik of one Nigeria, should without any political emotion or sentiment, agree and accept that a Nigerian president of Southeast extraction is that Zik legacy sustained and defined”.

Therefore, he used the medium to appeal to every Igbo youth and Nigerian youths in general to refrain from restiveness of all sorts but rather dialogue and negotiation, while assuring that the current harsh economy and insecurity would fizzle out with the emergence of an Igbo Messiah.

“I, therefore,appeal to every Igbo youth and indeed all Nigerian youths to drop every element of youth restiveness and embrace dialogue and negotiation and endure the harsh economy, insecurity, unemployment, injustice and marginalization in the remaining 15 months of President Mohammadu Buhari administration with utmost hope and anticipation of the emergence of new Zik from Southeast in 2023 that will heal the wounds of disunity that eaten deep into the fabrics of Nigeria, Igboayaka reassured”.