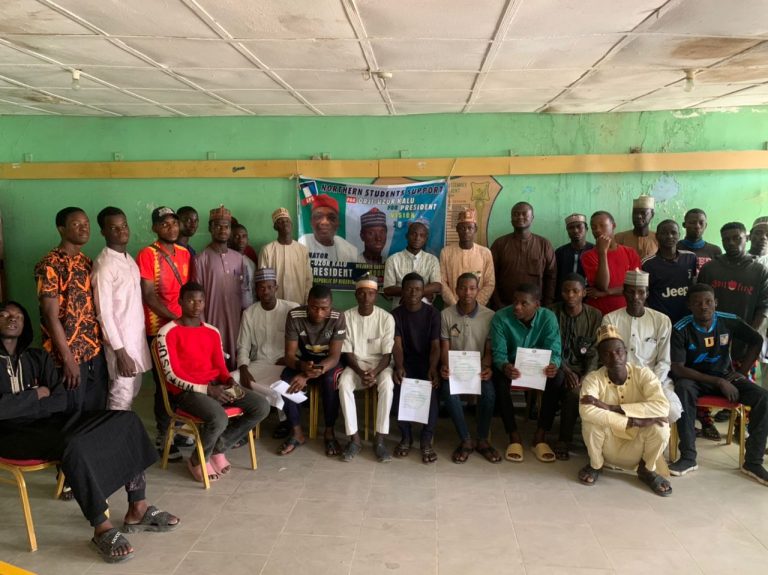 Students from 19 Northern states of the federation under the aegis of Northern Students Movement For Orji Kalu have endorsed the 2023 presidential bid of Chief Whip of the Senate, Senator Orji Uzor Kalu.

At a rally which took place at Bayero University Kano on Friday, the students affirmed their support towards ensuring the emergence of Sen. Kalu, representing Abia North as the country’s president come 2023. The group which consists of students from level 100 to 400 also had their coordinators from 19 Northern states of the federation in attendance. 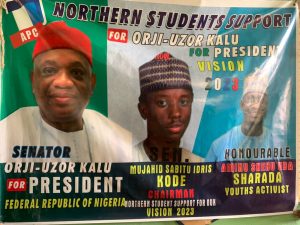 Chairman of the movement, Comrade Mujaheed Sabitu Kode while addressing the students described Sen. Kalu, former Governor of Abia State as a great supporter of students and education friendly leader.

He extolled the lawmaker for his contributions in payment of fees for students, provision of study materials and other necessary assistance to students across the country.

Comrade Kode insisted that time for students to pay the presidential hopeful back has come, by mobilising students and youths to vote him.