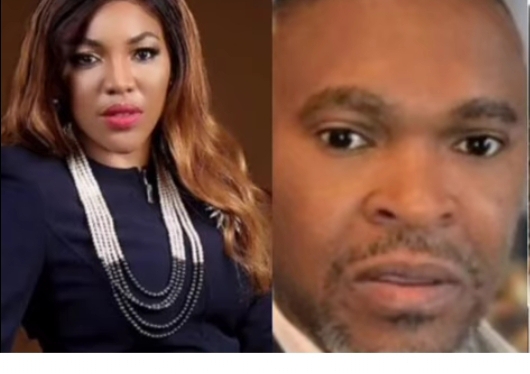 Evidently, the death of the billionaire Nigerian, Usifo Asaga, the Chief Executive Officer of Super TV has been raising dust in the air since the incident was brought to the public notice on Monday, hence there seems to be a conspiracy undercover.

Indeed, many have expressed utter shock to the devastating news, as some still wonder what life without a lovely and caring husband would be like to his Widowed wife, Mrs. Brenda Asaga.

However, it scarcely has occurred to anyone to ask some mind blowing rhetorical questions as; what could be the why of this adolescent girl’s action? Was there any form of breach of contract? Was there a conspiracy resulting in the gruesome killing of the Chief Executive Officer of Super TV, Mr. Usifo Ataga, who obviously must have treated his side chic to the goodies of life? Did he or anyone else have a premonition in that regard?

Many Nigerians have taken to their social Media handle to condemn the awful act, but yet none has ever sat to wonder who her cohorts were, as a young, promising girl though a drug addict would not have been able to perpetrate such heinous act, without a brain behind closed doors.

Here is a detailed information as provided by a close anonymous source who happens to be a supposed bosom friend of the deceased.

“Brenda’s boyfriend (Yes, Boyfriend) is related to Chidimma… in fact, her paternal uncle – Izu.
Izu and Brenda have been going out since she was employed at NNPC, and they’re really in love.
Usifo is the only one standing in their way, as they planned to get married after the divorce.
Yes, Brenda and Usifo’s marriage had been in tatters for some years, hence their decision to live apart.
Meanwhile, Izu have been footing the University and pocket money bills for Chidimma, since she got admission to UniLag, as his senior brother (Chidimma’s father couldn’t afford her welfare).

READ MORE:  Do not help masterminds of genocide bury corpses of victim in mass grave…IPOB to Owerri FMC, Aladinma hospital

Brenda needed a good evidence of cheating in their marriage, in other to push through a quick divorce.
Izu volunteered to use Chidimma, and arrange a setup relationship between her and Usifo.
At first, Chidimma refused to go along with this plot, until he threatened to withdraw his financial support, and ensure she’s sacked from UniLag.

Chidimma reluctantly agreed, and a chance meeting was arranged at a big party, in honour of one of Izu’s wealthy clients in Banana Island, in January.
Usifo fell for the pretty damsel, and started dating her.

The plan was for Chidimma to lure Usifo to a set up destination, pre-wired with all sorts of monitoring and recording devices.
This will be a hardcore evidence Brenda needed to push through her divorce.
This was also why it was Chidimma that chose the meeting pad, rather than Usifo’s normal arrangements.

On the faithful day, everything was set as planned, and Usifo arrived to meet Chidimma at the pad.
They ate, drank and discussed as usual.
Then Chidimma took the first round of drugs. Please note that Usifo doesn’t do drugs, but allows her to smoke, as it turns her on.
After that first wrap, they made passionate love, and resumed their drinking.
Meanwhile, Chidimma started smoking more, as she was nervous.
She later passed out.

READ MORE:  Ahmed Wages "War" Against In Take OF Illicit Drugs Among Youths Of Oguta Community

Drunk and in a wild rage, he woke her up, and started questioning her.
She wasn’t responding well, because she’s still groggy from the drugs and alcohol.
Usifo now resorted to shouting and slapping her, in a fit of rage.
Chidimma staggered out of the bedroom, and into the kitchen, where she stumbled upon a kitchen knife.
She only wanted to scare him, and stop him from hitting her.

Chidimma, inadvertently stabbed him the first time… but Usifo kept on chasing her, even with more anger.
She then began to wave and stab indiscriminately, in a bid to stop him.
He unfortunately was struck fatally by one of the stabs, and slumped to his death.

On realising what just happened, Chidimma screamed aloud… and panic steps in.
She quickly called Izu, and informed him that Usifo was dead.
He calmed her down, and stepped into action.

Izu immediately called his boys that set up the place, and they quickly rushed to the scene.
They whisked Chidimma away, and dismantled all their gadgets.
Izu informed Brenda of the tragedy, and they quickly came up with a plan.

They were to take Usifo’s wallet and all valuables on him.
Then Brenda provided Izu’s PIN, and the guys went and withdrew cash from Usifo’s Bank account, via ATMs.
The idea is to make it look like a robbery went wrong.

Current Events:
Following Chidimma’s arrest at her father’s house, and subsequent confession of the murder, all hell will soon break loose, and further arrests will happen before the end of the weekend.
Currently, the latest news has it that Chidimma’s father and the owner and management of the AirBnB have been arrested.
Chidimma is scared, and will reveal everything soon.
Her life is also in danger…!!!