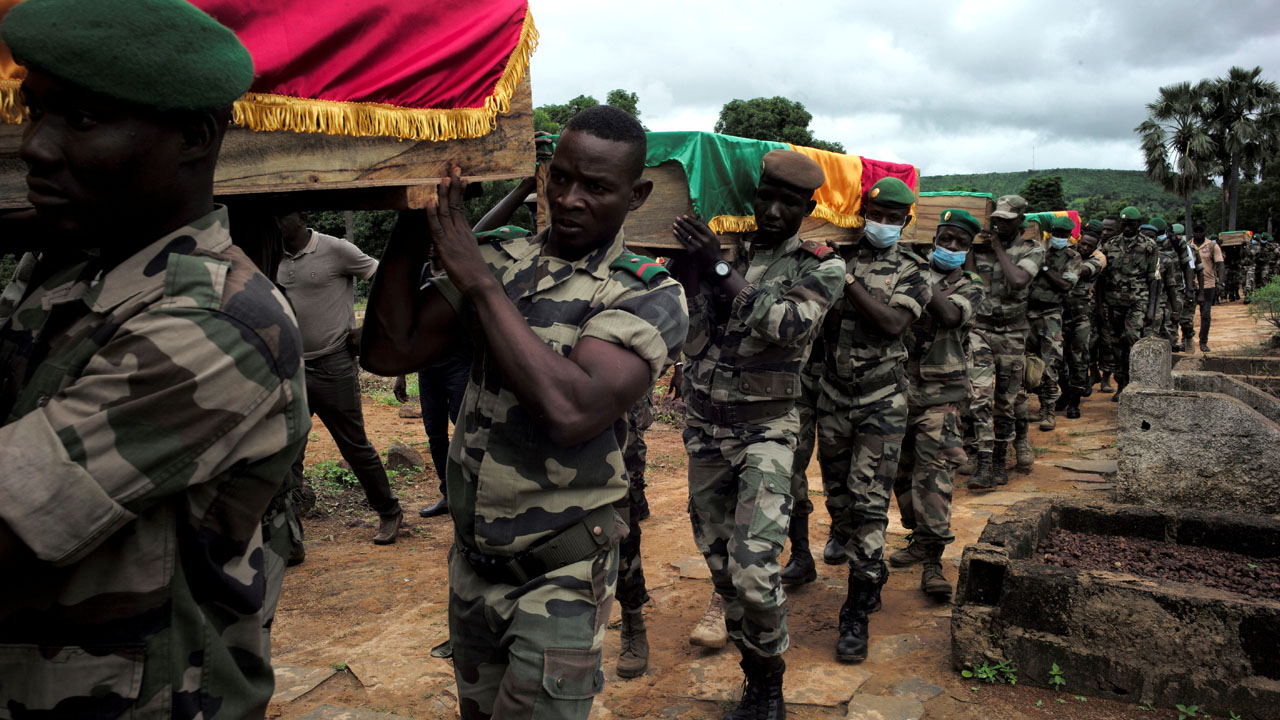 Soldiers carry flag-draped coffins of the comrades, that the army said were killed. REUTERS/Matthieu Rosier

The attacks occurred near the border with Burkina Faso at army positions that have been targeted in the past, with a deadly Islamist offensive having begun in northern Mali in 2012 before spreading elsewhere.

“Two simultaneous terrorist attacks in the night of Saturday to Sunday… caused the deaths of three soldiers,” a military source told AFP, detailing raids at Boulkessy and Mondoro in the centre of the Sahel country that also left five suspected jihadists dead.

A security source confirmed the attacks and death toll, adding that seven other soldiers were wounded along with a number of the suspected jihadists, who were said to have abandoned 25 motorcycles while fleeing.

The attack occurred at around 3 am (0300 GMT) and fighting continued for around an hour, a local official told AFP.

In September 2019, the same army positions were targeted in one of the deadliest attacks to hit Mali since 2012, with some 50 soldiers killed.

That double attack was later claimed by the Support Group for Islam and Muslims, the main jihadist alliance in the Sahel region affiliated with Al-Qaeda.

On Thursday, three other Malian soldiers were killed in a bomb blast in the Mondoro area.

Trump says he will suspend all immigration into...