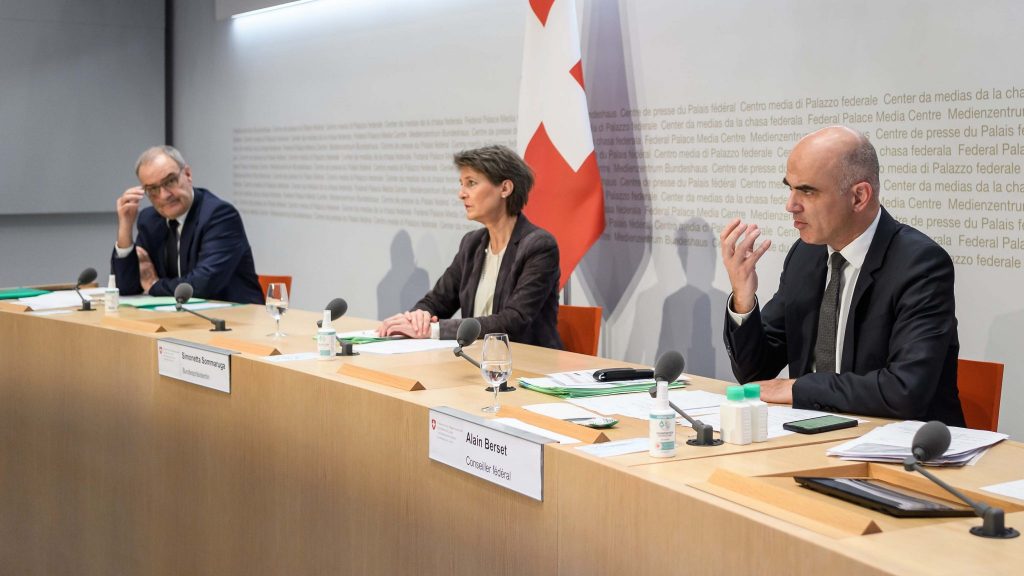 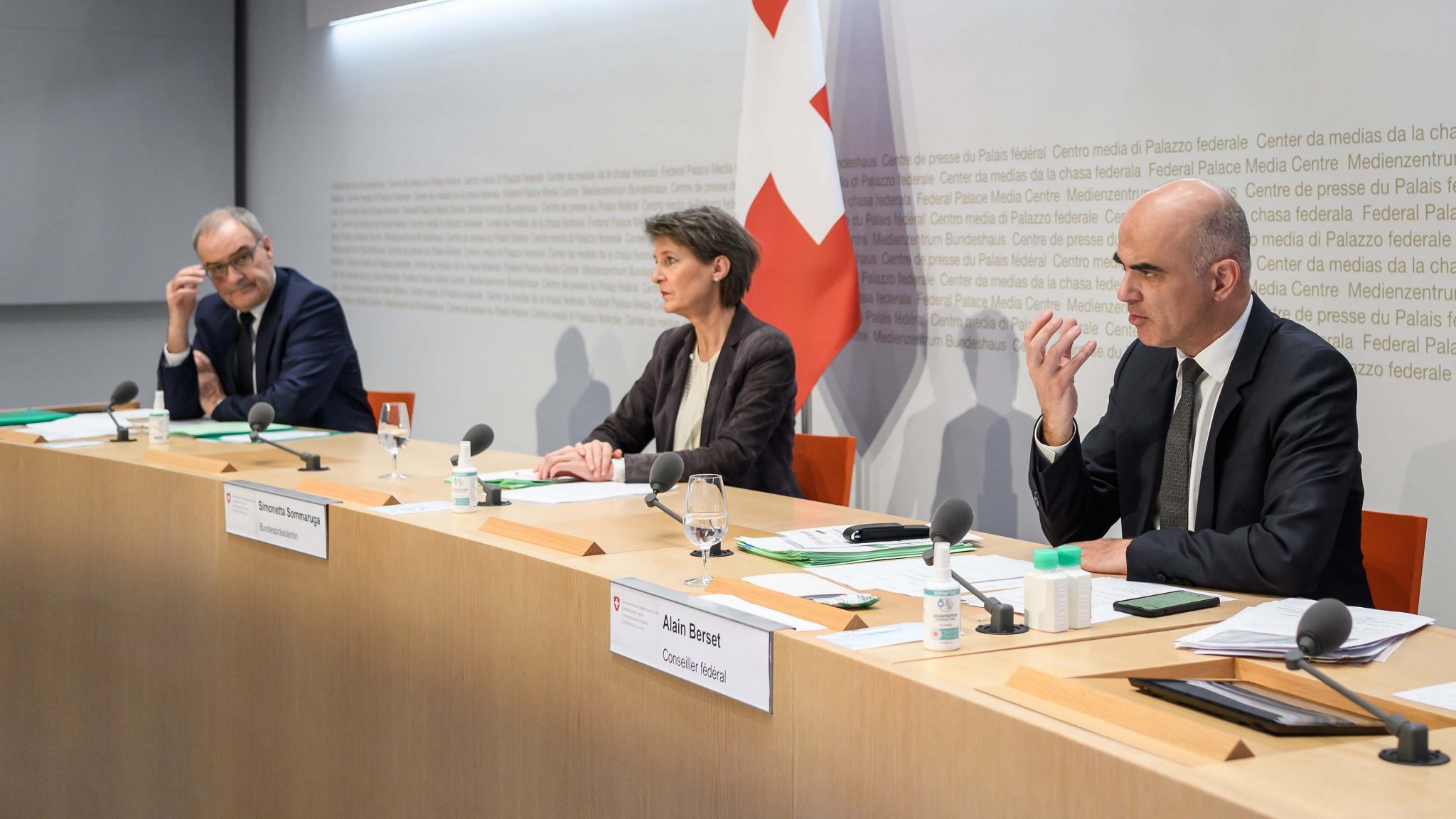 (From L) Swiss Economy Minister Guy Parmelin, Swiss President Simonetta Sommaruga and Swiss Interior Minister Alain Berset give a press conference in Bern on December 18, 2020 on new measures to try to curb a Covid-19 epidemic that continues to spread in part of the Alpine country. (Photo by Fabrice COFFRINI / AFP)

The Pfizer-BioNTech vaccine has been authorised for use in Switzerland, regulators announced Saturday, with immunisation set to start within days as the country battles rising coronavirus cases and deaths.

The Swissmedic regulatory authority said it had given the green light following a two-month rolling review. It is the first Covid-19 vaccine approved in the wealthy Alpine nation, with rivals being assessed.

“After a meticulous review of the available information, Swissmedic concluded that the Covid-19 vaccine from Pfizer-BioNTech is safe and that its benefit outweighs the risks,” the body said in a statement.

Health Minister Alain Berset said: “We can start vaccinating in the coming days.”

“Those who are particularly vulnerable will have priority,” he said in a video tweet, namely the elderly and those with pre-existing conditions.

The vaccine, produced by US pharmaceuticals giant Pfizer and German biotechnology company BioNTech, is based on a new technology that uses genetic material in the form of mRNA (messenger ribonucleic acid).

“The level of protection afforded seven days after the second injection is over 90 percent in adults,” according to the study data it reviewed.

Swissmedic said it would monitor the safety of the vaccine closely as it is rolled out, but found that the most frequently documented side effects in the authorisation studies were “comparable with those after a flu vaccination”.

Berset said the vaccine was not mandatory but was “strongly recommended” and free of charge.

However, he added that the jab “won’t solve all our problems”, with Covid-19 cases and deaths still rising fast.

The vaccine announcement comes a day after the Swiss government announced Friday that restaurants and bars would once again be closed across the country.

“The epidemiological situation is a cause of great concern,” the government said in a statement.

“The number of infections is very high and is continuing to rise. Hospitals and healthcare workers have been under extreme pressure for weeks and the festive period increases the risk of an even more rapid rise in cases,” it explained.

The new measures include the country-wide closure of restaurants and bars, plus cultural and sporting venues, from Tuesday.

Just a week before Christmas, the government decided that shops could remain open, but with limited capacity.

There are a number of exceptions to the new restrictions, which are due to last for at least a month.

And while several European countries have decided to shut down ski lifts over the holidays to avoid spikes in infection, the Swiss once again said their slopes would remain open, as long as they implement the same restrictions as shops.

Switzerland, population 8.6 million, is continuing to witness more than 4,000 new cases and 100 deaths each day.

In total, the country has recorded more than 400,000 cases and nearly 6,000 deaths since the start of the pandemic.

Switzerland has secured around 15.8 million Covid-19 vaccine doses, in deals with three manufacturers.

With all three manufacturers’ vaccines, two doses are required per person.

“Swissmedic will report on further authorisations of pandemic vaccines as soon as new data become available,” the regulator said.