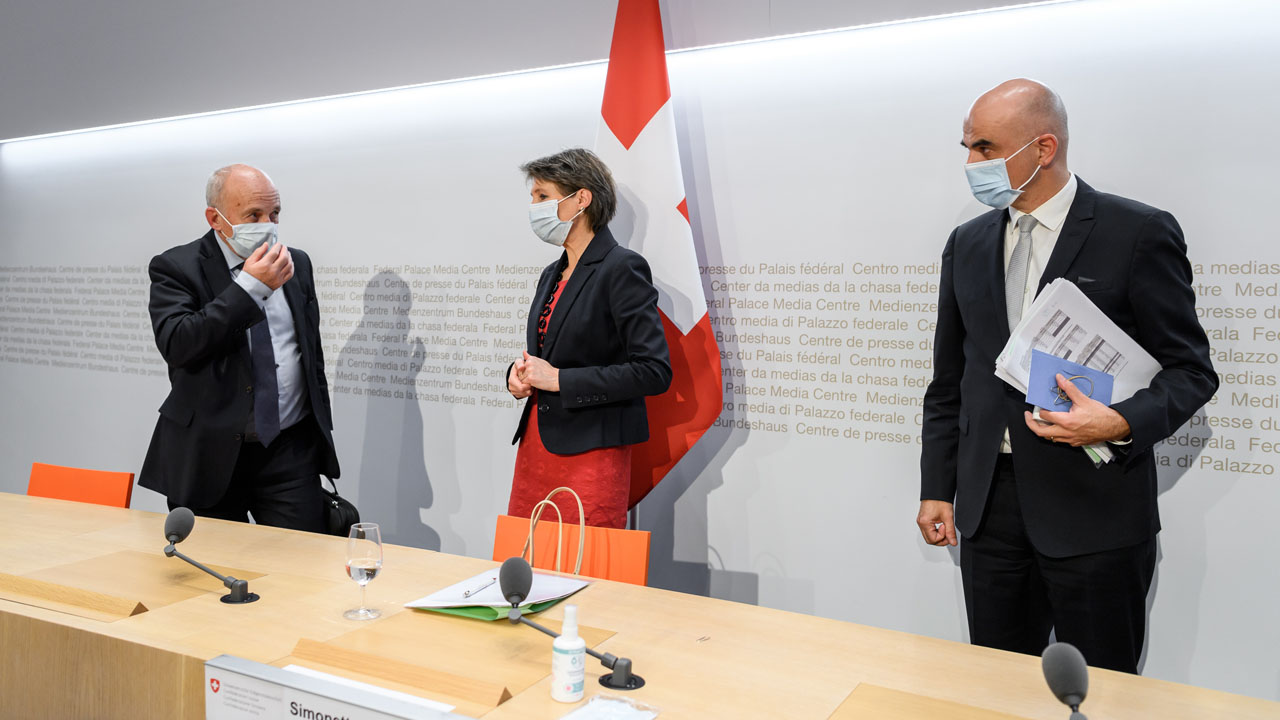 (From L) Swiss Finance Minister Ueli Maurer, Swiss President Simonetta Sommaruga and Swiss Interior and Health Minister Alain Berset wear disposable protective face masks as they leave after a press conference on new measures against the Covid-19 pandemic on December 11, 2020 in Bern. – Switzerland, which is failing to control the Covid-19 epidemic with the highest contamination rates in Europe, adopted a package of measures including the closure of restaurants, bars and shops at 7pm. (Photo by Fabrice COFFRINI / AFP)

Switzerland announced Friday that all shops, bars and restaurants must close from 7:00pm as it struggles to tame a resurgence in the coronavirus pandemic.

The country has some of the worst per capita infection rates in Europe and with those numbers back on the rise, the government fears the situation could get completely out of control over Christmas.

“Our hospitals and our health workers are being stretched to the limit. We couldn’t wait any longer.”

The new rules apply from Saturday and will last until January 22, with a closing time extension until 1:00am on the nights of December 24 and 31.

The restrictions are an attempt to reduce the amount of contact between people.

With a population of 8.6 million, Switzerland is clocking up around 5,000 new cases and 100 deaths a day — a base level Health Minister Alain Berset said was far too high to start from if infections begin to double again.

“We can’t count on a vaccine, even if it arrives in January,” to fix the problem, Berset said.

In March, during the first wave of infections, Switzerland was not hit as hard by Covid-19 deaths and did not impose as strict a lockdown as some other European states.

It gradually eased off those measures in stages, and seemed to have mastered the virus.

From nearly no new cases at the beginning of June — indeed, just three were recorded on June 1 — infections rose slowly but steadily before rocketing in October, when cases, hospitalisations and deaths began doubling from week to week.

After tumbling from a very high peak, progress stagnated in December and the daily case numbers have since begun to tick up again.

Ethiopia insists it will control aid to troubled Tigray

AstraZeneca to use part of Russian Covid vaccine in trials

U.S. companies discover the dark side of a...