Taiwan expelled thousands of Chinese dredgers from its waters 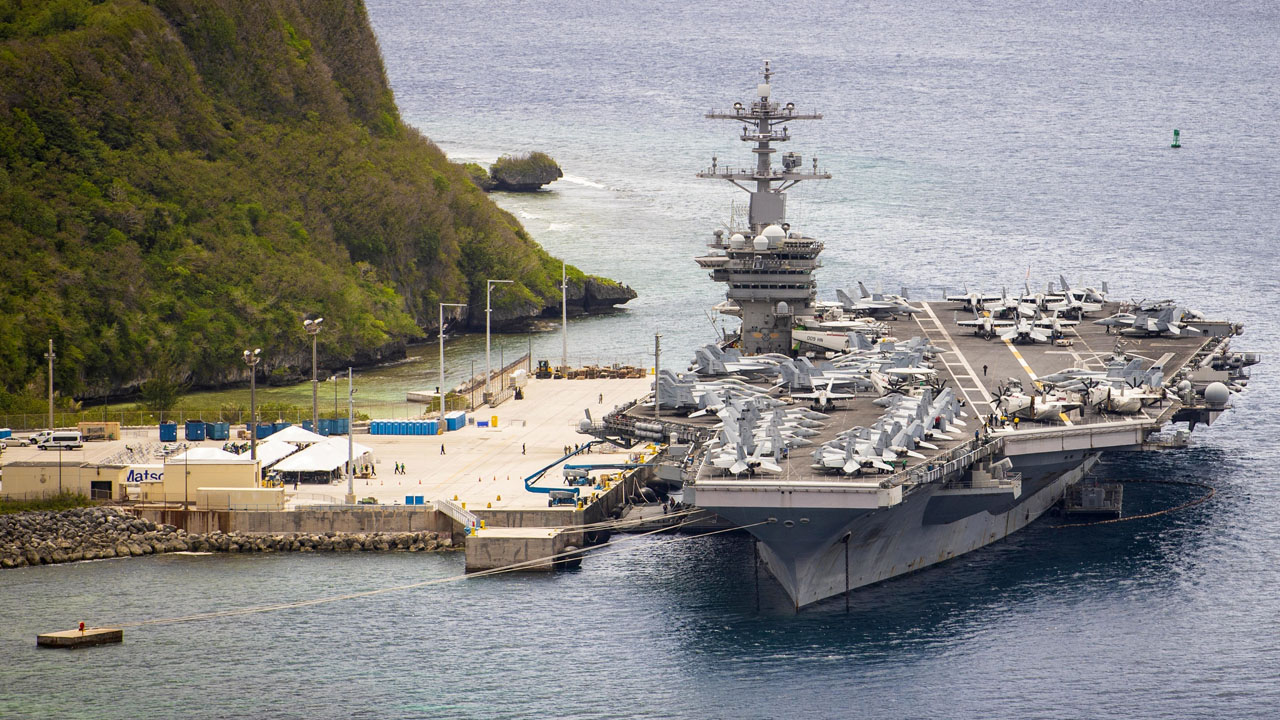 (FILES) This file US Navy photo shows the aircraft carrier USS Theodore Roosevelt (CVN 71)as it is moored pier side at Naval Base Guam on May 15, 2020. – A US aircraft carrier group sailed into the South China Sea on a so-called “freedom of navigation” exercise, the first routine operation in the region under new President Joe Biden. Led by the USS Theodore Roosevelt, the carrier strike group entered the area on January 23, 2021, the US Indo-Pacific Command said, the same day Taiwan reported multiple Chinese jets and bombers had flown into its air defense zone. (Photo by Conner D. BLAKE / US NAVY / AFP) /

Taiwan expelled nearly 4,000 Chinese vessels illegally dredging sand from its waters in 2020, authorities said Monday, a more than six-fold increase on the year before as Beijing seeks to heap pressure on the democratic island.

China has taken an increasingly belligerent tone towards Taiwan under President Xi Jinping — especially over the last twelve months with Beijing’s jets and bombers buzzing the island at a record rate.

But the waters surrounding Taiwan have become another hot zone.

China’s leaders view Taiwan as their territory and have vowed one day to seize it, by force if necessary.

It has increased economic and diplomatic pressure since Taiwanese President Tsai Ing-wen took office in 2016, as she rejects the idea that the island is part of “one China”.

Chinese jets made a record 380 incursions into Taiwan’s air defence identification zone (ADIZ) last year as analysts warned tensions were at their highest since the mid-1990s.

Beijing was infuriated by Taipei’s dramatically warming relations with Washington under former president Donald Trump who used the island as leverage as he feuded with China on a host of issues.

After the inauguration of US President Joe Biden last week — to which Taipei’s de facto ambassador was invited — Beijing sent a fleet of jets and bombers into the ADIZ on both Saturday and Sunday.

That sparked the first statement on Taiwan from the Biden administration as it warned against China’s “attempts to intimidate” the island would not upset Washington’s “rock-solid” to an xx ally xx.

The same day a US aircraft carrier group sailed into the South China Sea on a “freedom of navigation” exercise.

‘Grey zone’
China has long used civilian boats — backed by the coastguard — to press its territorial claims in disputed waters and harass neighbouring vessels in what analysts have dubbed “grey zone” tactics.

In the South China Sea, fishing boats and dredgers were used as Beijing took and then built military installations on atolls and islands across the heavily contested waters.

Taiwan’s Matsu Islands, which lie just some 20 kilometres from the Chinese mainland, have been a frequent flashpoint for Chinese dredgers.

In late October, more than 100 were counted off the islands over two days.

Taiwan’s coastguard said it expelled more than 500 vessels up to November last year compared to 91 in 2019 and none in 2018.

Lii Wen, the director of the ruling Democratic Progressive Party’s chapter on the Matsu islands, said China “is exerting pressure with non-military means and we should cautiously respond through legal institutions and law enforcement”.

“Illegal dredging can pose non-traditional security threats to Taiwan by causing economic and environmental damages as well as civilian conflicts,” he told AFP.

Bulgaria reports 4 cases of side effects from...

Father of patient who beat elderly man at...

What is the Dominic Cummings scandal about?