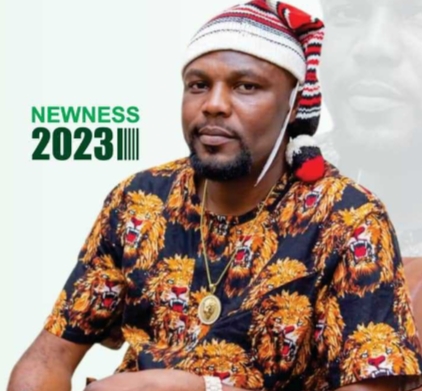 John Maxwell while trying to dissect the symbolic value of credibility as it relates to politics expounded it as a leader’s currency. With it, he or she is solvent. Without it, he or she is bankrupt and the most essential quality for leadership is not perfection but credibility.

Prince Ike Okorafor Dike Ogu 1 of Abam Onyerubi, CEO of IOK Foundations and Evolette Resources Limited, is the most credible amongst all declared aspirants for Arochukwu State Constituency. This claim is based on the fact that the US-based technocrat is not an illiterate person seeking an opportunity to embezzle public funds, rather his credibility is traceable to his pedigree, academic prowess as a Political Scientist, wealth of experience in the civil service before resignation, philosophical view as a realist, overwhelming interest, love and passion for effective governance coupled with his adventure into human capital development, his professionalism as a Maternal Health Expert, and above all, his unlimiting knowledge in advocacy and wider understanding of the nuts and bolts of politics.

Research and statistics have shown that one of the causative factors of misrepresentation and bad governance is the unfortunate parade and featuring of ignoble, plebeain, unqualified and academically disadvantaged individuals into political offices. The constitution is not even fair to this political quagmire. This without arguments have plunged our polity into a laughable state such that the people neither care nor feel the existence of a government. How can you feature a novice who knows little or nothing about politics and governance to represent people whose social needs are dynamic and unlimited? It’s a pure conspiracy. It’s a case of pegging a cube in a round hole.

It is therefore pertinent that utmost care must be exercised to ensure that the situation described above does not hold sway. The race ahead is a time for sifting and shaking. A time of filtering to test all spirits according to the episcopal Peter. The people of Arochukwu division must as a matter of urgency go down the memory lane to compare what has been done and what ought to be done. This comparative analysis will further strengthen the projection of Prince Ike Okorafor as the BEST CANDIDATE for the polls. Recall that he has unilaterally at different years sponsored students for WAEC registrations, showed charity to widows and other less privileged, carried out projects in the community as his corporate social responsibility and chatted the course and welfare of his people through his personal purse, there is no doubt he will make efficient and effective use of public funds.

Ike Okorafor will be a voice to the people, he will be the next Nkechi Nworgu who was addressed as “Madam urgent attention” while representing her people in the state house of Assembly, the people of Arochukwu needs urgent attention mostly in the areas of infrastructure and Healthcare. The impact of government must be felt on the people, else the very sense of governance is ridiculed. The people needs a charismatic and articulate leader who has the will power to drive development, one who can stand on floor of the Assembly to propose and debate bills that will favour his people. These virtues and capabilities are epitomized in Ike Okoroafor.

The need described above is an antedote to the venom bad governance has unleashed on the people. Politics has become the sigh of the people. They have lost confidence in the government and has resorted to self help. This often times creates a system of quid pro quo resulting to hostility of the people against public policies, the breach of mutual coperation and synergy that should exist between the people and the government and because no society can thrive well under this state of disequlibrium, Prince Ike Okorafor has come to save a system programmed to fail.

The most essential quality for leadership is not perfection but credibility. People must be able to trust you. ~Rick Warren