Those were the mind- captivating confessions of One Igboma Kingsley Chukwuemeka of Ohuhu, in Umuahia North LGA of Abia State about Rep. Sam Onuigbo, the Member respresenting Ikwuano Umuahia at the Lower chamber.

Igboma a poultry farmer, was among the sixty farmers from the Constituency who returned home on February 5, 2021, with broad smiles glimmers of hope.

This was following a demonstration of magnanimity by Rep. Sam Ifeanyichukwu Onuigbo Member provided massive agricultural empowerment for small-holder Poultry Farmers in his Constituency.

Igboma who could be in his early thirties bemoaned the several heartbreaking treatments he had suffered in the hands of many Abia Politicians who have been elected into different offices at the various levels of government.

According to him, the benevolent Legislator has resuscitated his dying hope and believe in Abia Politicians, whom he regretted merely make campaign promises just to satisfy their selfish interest, thus relegating the electorate to the background.

“I’ve been trying all the while to benefit from an empowerment programme and luckily I have become one of the numerous beneficiaries and I’m happy to be among them.
It’s a thing of joy. I never expected it.”

He described Sam Onuigbo as “a very nice and kind man.

He assured the Ikwuano born astute leader that he would utilize the opportunity so as to yield profits.

“As for me, I’ll move on with this business and make good profits from it.

Igboma, therefore, used the medium to appeal to all well-meaning Abains particularly the constituents to give their unalloyed support to the zestful leader to enable him better their lots while in office. 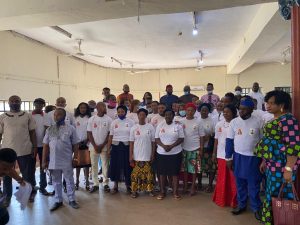 toAlso, Amechi Osiwonma, from Inyila- Ibere, in Ikwuano LGA of Abia State, a beneficiary of the empowerment expressed gratitude to Rep. Sam over the gesture 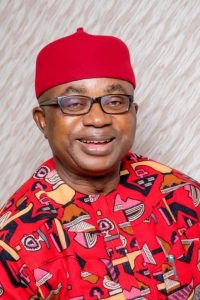 describing the latter as “a great man and a good leader.”

“I’m very happy. He’s a great man and a good leader. He’s qualified to be our leader and I salute him.

On how to maximize the opportunity giving to him by the House Member, he said:
“I’ll do my best to make sure that everything goes well

Asked his views about Onuigbo’s defection to the national party, he said

“Onuigbo did the best by joining the APC. This is because the PDP was taking him for granted. They didn’t know his value. But, now, they will realize later that they made a very big mistake by allowing him go to another party because I know what he’s capable of doing.”

Meanwhile, FamousReporters recalls that fcilities received by each of the beneficiaries at the end of the training and empowerment section included
modern cages, point-of-lay (POL) birds, 3-bags of feed, as well as take off stipend. 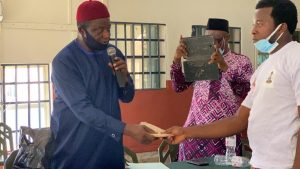 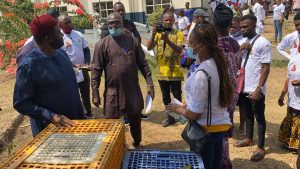 Nigeria Is The Reason For Biafra **Even murderous...