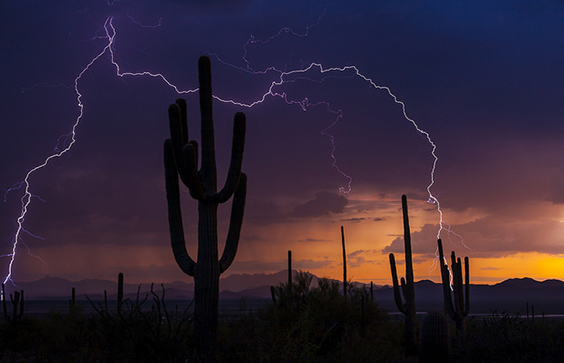 Three persons were, on Saturday, struck dead by thunder in Afikpo, in the Afikpo North Local Government Area of Ebonyi State, during a downpour.

It was gathered that the incident happened at Ngodo community during a deluge of rain which lasted for over 5 hours.

It was further learnt that the thunder struck around 3pm, on Saturday, killing the three persons in different locations in the area.

A resident of Afikpo, Iheukwumere Otu, said one of the deceased was from Cross River State, who had has been living in the area for years.

He said, “Yes, it is true that thunder killed three persons in our place. There was a heavy rainfall that day which was accompanied by serious thunder.

“The thunder killed the three persons at a spot and it occurred in two different places. It killed two in Ngodo community and another person in another place. One of those that were killed is from Cross River state who settled in Afikpo.”

He described the tragedy as unfortunate and first of its kind in the area.

Another resident, Eze Christian Egwu, told our correspondent that the heavy down pour started about 10am on that fateful day.

He noted that the rain was so heavy that residents couldn’t venture outside to carry out their normal business activities.

Egwu, the Youth President of Egeburu-Amaokwiri in the area, said the heavy rain lasted for over 5 hours before the thunder struck and killed the deceased.

He, however disputed the figure of those killed stating that only two persons lost their lives.

“My brother, what you heard is true, it is true but two persons were killed and it occurred in Ngodo. It is true that thunder struck two persons dead in Ngodo”.

Police spokesperson in the state, Mrs Loveth Odah, said she was not aware of the incident, as of the time of filing this report.