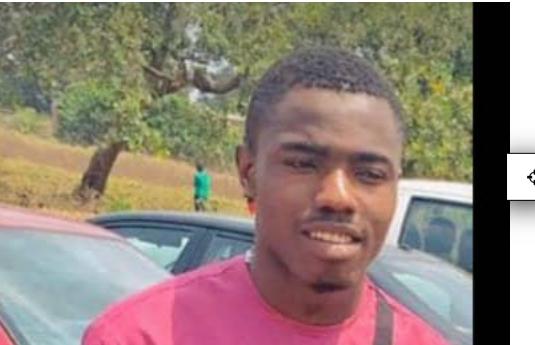 The Abia state University(absu) Uturu was thrown into inevitable trauma following the death of a 400 level Optometry student simply known as Kamsi, who reportedly down from a 3 storey building and died at the spot on Saturday evening, Authorities disclosed.

Reports have it that the deceased student allegedly consumed a hard drug known as ‘Colorado’ and couldn’t contain the effects on him’.

It’s no longer news the rate at which drugs have affected and terminated many lives.

A source told Famous Reporters that Kamsi’s friends had locked him inside the room and went in search of garri to give him in order to help him come back to his right senses.

But before they could return, Kamsi went through the balcony, thinking that he was on the ground floor, and jumped down from a 3- storey building (Favor Lodge) and died instantly.

Chief Security Officer, CSO of the institution, Navy Commander ThankGod Evulobi (retd), who confirmed the incident to our Correspondent, narrated it as one of the unfortunate consequences of hard drug.

He gave the name of the student as one Kamsi, from Imo State.

According to him the student drugged himself and told his friends that he was going out only for him to jump out from the window.

He said he was immediately rushed to the hospital where he was confirmed dead.

According to the CSO, “the parents of the student have already come to identify him and carried the corpse after meeting with the police.”