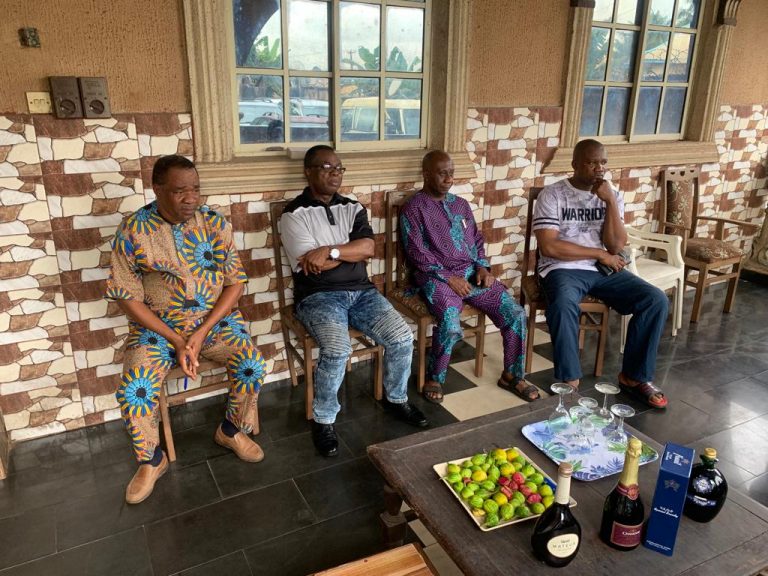 F
The member representing Ikwuano Umuahia North and South Federal Constituency of Abia State, Rep. Sam Onuigbo has expressed deep in over the tragic death of Mr. Kelvin Uzuegbu, his wife and two of their children.

Famousreporters.com. gathered that Uzuegbu’s met their untimely death in a fatal automobile accident, along while returning to Port Harcourt from Abia State, after marriage ceremony.

Odozio-Obodo regretted that the family whose happiness knew no bounds, following the wedding ceremony of their loved ones, could not live to tell the story.

In his condolence message, the Legislator wrote:

“We were thrown into a dark mood when the news of the tragic accident which claimed the lives of Mr Kelvin Uzuegbu, his wife, and two children.

“The happy family had just been returning from a wedding ceremony when this terrible incident occurred”.

Sorrowed by news of this unfortunate incident, the All Progressives Congress Senatorial Candidate for Abia Central Senatorial District, and member representing Ikwuano/Umuahia North and South Federal Constituency, Rep Sam Onuigbo, paid a condolence visit to members of the Uzuegbu family at their home in Olokoro, Umuahia South L.G.A.

Empathizing with the grieving family, Rep Onuigbo noted that “words are not enough to describe the pain and feelings of losing loved ones”, he said, and pointed out that his visit was to condole with the bereaved.

Adding, “and to reassure you that you are not alone in this trying time. And I pray that God will give you abundant strength to sustain you through this time of grief.”

Responding, Mr. Ikechukwu Uzuegbu, brother to late Mr. Kelvin Uzuegbu, who expressed uttee delight having Rep. Onuigbo and his entourage in his home, thanked them for coming to comfort his family and help them through their healing process.

READ MORE:  The science behind Level 3

He prayed that God would continue to show them grace in all their endeavours.

Meanwhile, famousreporters.com was informed that the accident occurred when late Uzuegbu’s attempted to avert hitting a woman on the road.

Reports had it that Uzurgbu in an attempt to save the poor woman who was crossing the road, lost control of the vehicle, as he rammed into a certain vehicle stationed by the road side.

However, the deceased who hailed from Olokoro, in Umuahia South Local Government Area of the state, had two of their sons as survivors of the ghastly auto accident, although the latter, as reliably informed are still battling with their lives at the hospital, as prayers are being made for them to pull through.