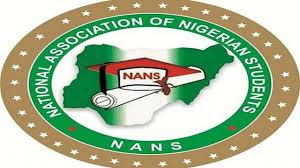 The National Association of Nigerian Students, has called on the Federal Government, to declare and treat bandits and kidnappers as terrorists, saying their activities had assumed a disturbing dimension in the country.

This is as the students body raised the alarm over possible extinction of education in the Northeast, adding banditry and kidnappings posed a serious danger to the sector, in the region.

According to the Asefon, it was high time the Government took decisive and drastic measures to arresting the security challenges facing the country currently, saying nobody was safe anymore.

He said, “Two weeks ago, I called on the Federal Government to declare bandits and kidnappers as terrorists.

“On Thursday, I got a call that our colleagues (students) from the Federal College of Forestry and Mechanisation, Kaduna, were kidnapped. And as I speak to you today, about 26 students are still in the custody of kidnappers.

“Now, these incessant attacks on students have become a threat to education. I told the Government that kidnappings and banditry in the Northeast is about sending education to the grave, in that region.

“This is also a threat to the future of students in that region. The leaders of that region should come together, irrespective of their religious and political inclinations, to address the situation. This is because the spates of banditry and kidnappings have become a cause of worry.

“They (bandits and kidnappers), started with pupils at primary and secondary schools; now, they have entered into our tertiary institutions. To these people, it has turned into a lucrative business and it’s worrisome. It’s now alarming. We know that one of the responsibilities of Government is to provide security of lives and property of the citizens. But in a situation, where government is unable to this anymore, it becomes imperative that all hands must be on deck to arrest the situation.

“This ugly trend is alarming now and no one feels safe again, because the society is no longer safe. Down here in the South, you hear cases of women being raped and killed in their farms. Our roads are no longer safe. It’s terrible and it should cost our leaders sleepless nights, while thinking of how to bring it to an end.”