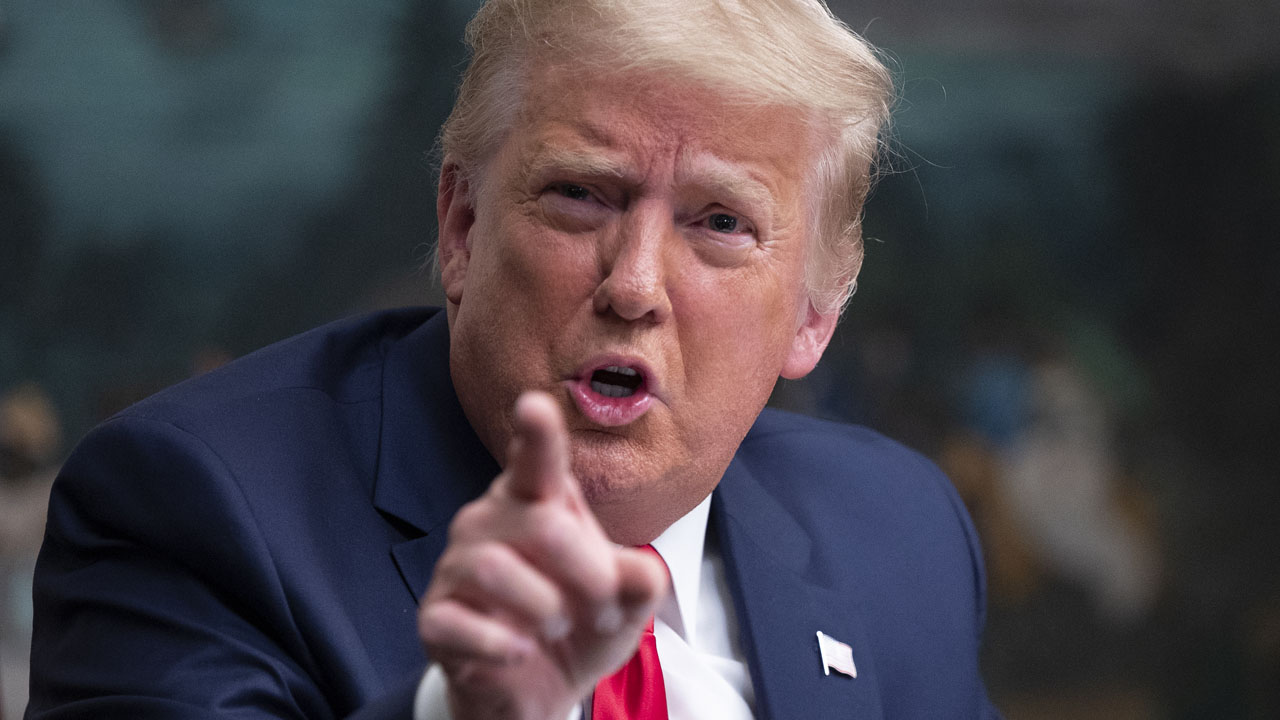 (FILES) In this file photo US President Donald Trump speaks to reporters after participating in a Thanksgiving teleconference with members of the United States Military, at the White House in Washington, DC, on November 26, 2020. – In the first TV interview since losing his re-election bid, President Donald Trump indicated on November 29, 2020 that he will never concede to Joe Biden and abandon his conspiracy theory about mass ballot fraud. “It’s not like you’re gonna change my mind. My mind will not change in six months,” Trump told Fox News interviewer Maria Bartiromo. (Photo by ANDREW CABALLERO-REYNOLDS / AFP)

May be barred from future public office, retirement benefits

Unless the U.S. senate fails to convict the impeached president of the United States, Donald Trump, he will hold the record of being the first U.S. president to be impeached twice by the House of Representatives and also convicted after leaving office.

With only a matter of days left in his official term, the House of Representatives unveiled Articles of impeachment against Trump for the second time yesterday and called on the Senate to immediately convict him.

But the Senate Majority Leader, Mitch McConnell said Trump’s impeachment trial won’t begin immediately in the Senate and would likely start in earnest after the inauguration of President-elect, Joe Biden, meaning that Trump will no longer be president then.

If the Senate votes to convict Trump after January 20, he would be banned from future public office, including running for president again in 2024.

He will also lose post-office benefits to former presidents, which includes a $200,000 yearly pension, health insurance, a yearly travel budget, and a full security detail, all at the taxpayer’s expense, according to the 1958 Former Presidents Act.

Although those are not specifically spelled out in the impeachment process or the Constitution, and there is no precedence, until they happen, and possibly challenged in the courts, they will remain unclear.

In a statement shortly after the House voted to impeach Trump for a second time, the Kentucky Republican gave his clearest assessment of the Senate’s upcoming schedule for a trial on whether to convict the president for “incitement of insurrection” following last week’s riots at the Capitol. The statement, however, doesn’t give any indication of his personal stance on convicting Trump.

McConnell said the process for a trial would begin at the Senate’s “first regular meeting following receipt of the article from the House.”
The Senate is scheduled to come back into session next Tuesday, the day before Biden will be sworn into office, meaning that’s the earliest the proceedings will begin.

Democrats were hoping for a speedy trial that could start before the January 20 inauguration and had asked McConnell to reconvene the Senate in an emergency session before next week. But McConnell countered that, regardless of when the Senate took up the article of impeachment, the process couldn’t be completed before Trump leaves office next week.

“Given the rules, procedures, and Senate precedents that govern presidential impeachment trials, there is simply no chance that a fair or serious trial could conclude before President-elect Biden is sworn in next week,” McConnell said in a Wednesday statement.

“Even if the Senate process were to begin this week and move promptly, no final verdict would be reached until after President Trump had left office. This is not a decision I am making; it is a fact,” he said.

McConnell pointed to the timeline of the past three impeachment trials that lasted anywhere from three weeks to nearly three months. Following Trump’s first impeachment in late 2019, the trial, which ultimately acquitted him of high crimes and misdemeanors early last year, lasted 21 days.

A two-thirds majority in the Senate – 67 senators – is needed to convict a president. When the remaining senators are sworn in, the upper chamber will be a 50-50 split, meaning that 17 Republicans will need to vote for conviction if Democrats remain unified.

So far, no Senate Republicans have announced their support for conviction, though there are some indications that McConnell and others could be leaning that way. Sen. Mitt Romney of Utah was the only Republican to vote to convict Trump over one of the articles of impeachment at his 2020 trial.

WHO deplores 95% of vaccine doses limited to 10 countries

Harry and Meghan to end use of ‘SussexRoyal’...

Wike Gets 24Hrs Ultimatum To Dismiss Military by...