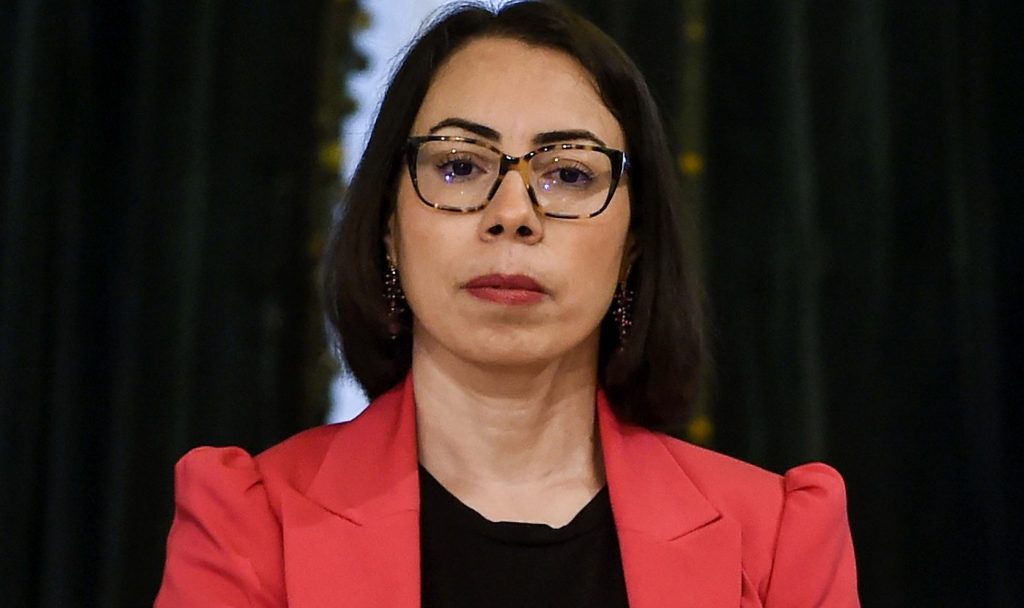 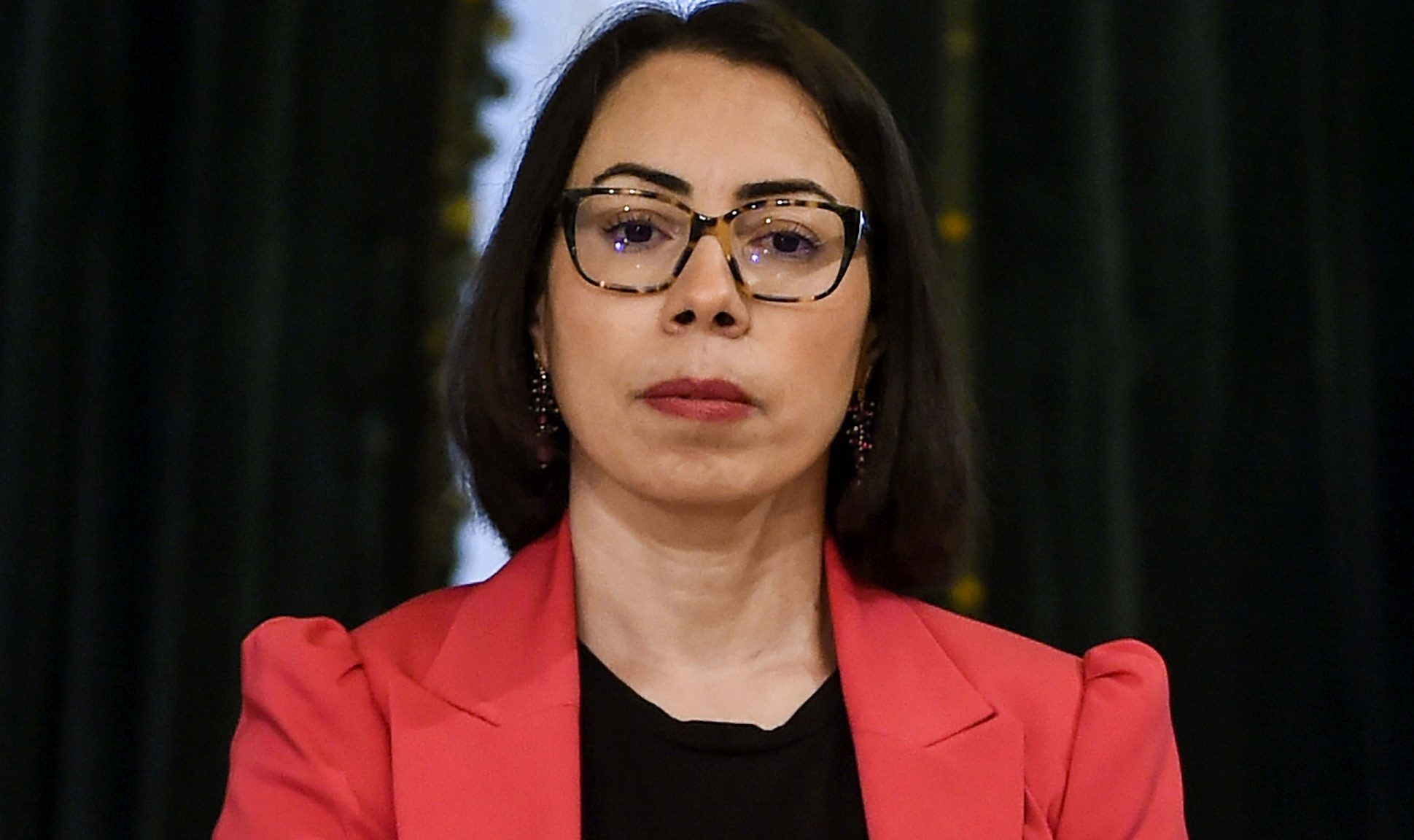 (FILES) In this file photo taken on September 2, 2020 Nadia Akacha, senior advisor to the Tunisian President in charge of Legal Affairs, attends the new government swearing-in ceremony at Carthage Palace on the eastern outskirts of the capital Tunis, following a confidence vote by parliament. – Akacha, currently the president’s chief of staff, has been hospitalised after handling a suspicious letter addressed to head of state Kais Saied, his office said in a statement, suggesting an attempted poisoning. She was discharged a day earlier but is still suffering from headaches and is being monitored by doctors. (Photo by FETHI BELAID / AFP)

The Tunisian president’s chief of staff has been hospitalised after handling a suspicious letter addressed to head of state Kais Saied, his office said Thursday, suggesting an attempted poisoning.

Nadia Akacha had opened the envelope addressed to Saied but found it empty and later suffered from short-term vision loss and headaches, and was briefly hospitalised, according to a statement from the presidency.

She was discharged on Wednesday but is still suffering from headaches and is being monitored by doctors, the statement said.

Another employee, who was in the same room with Akacha when she opened the envelope, had similar symptoms but of lesser intensity, it added.

Tunisian media suggested the letter may have contained ricin, a poison that can be lethal in high doses.

The presidency did not say when the incident occurred but stressed that Saied did not come into contact with the envelope — which was eventually destroyed — and was in good health.

Authorities have launched an investigation to analyse the contents of the envelope and are awaiting the results, Tunis prosecutor Mohsen Dali said.

There were no suspects so far, he added.

Tensions are high in Tunisia, following wrangling over a cabinet reshuffle and growing unrest that has seen protesters take to the streets to demonstrate against poverty, unemployment and police repression.

Saied has said he was not consulted about Tuesday’s reshuffle, during which Prime Minister Hichem Mechichi named 11 new ministers to the interior, justice, health and other key portfolios.

The president, an independent academic, has charged that one of the ministers was involved in a corruption case and that three others were suspected of conflicts of interest.

The political tensions also involve a power struggle between Saied and the Islamist-inspired Ennahdha movement, which came out on top in October 2019 parliamentary elections.