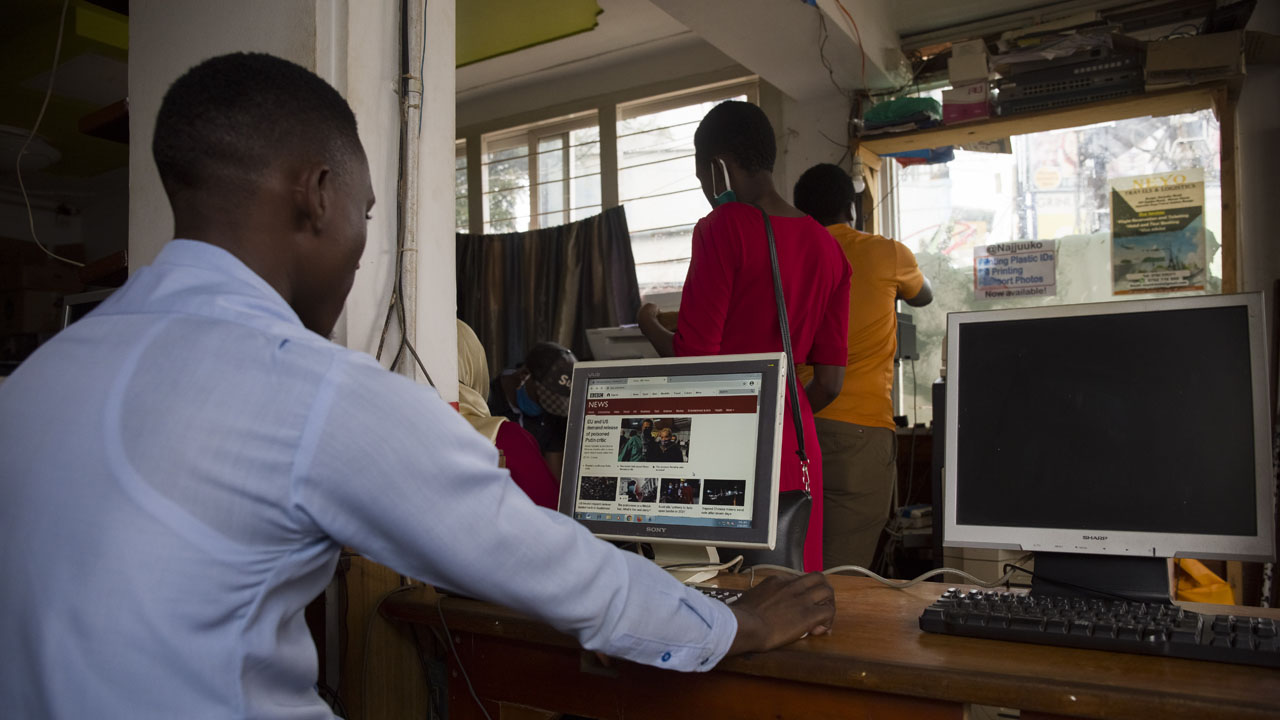 Internet was partially restored in Uganda on Monday almost five days after a near-total blackout was imposed across the country on the eve of elections the opposition says were rigged.

The gradual easing of internet restrictions came as police announced dozens of arrests for alleged election-related violence, and surrounded the headquarters of the main opposition party whose leader is under effective house arrest.

Long-term leader Yoweri Musveni was declared the winner of a January 14 presidential election, securing 58.6 percent of the vote and a sixth term after 35 years in power.

His main rival, musician turned lawmaker Bobi Wine, came a distant second with 34.8 percent. He has rejected the results, and decried the election as a sham.

A government spokesman said an unprecedented internet shutdown imposed on January 13 for alleged national security reasons had been lifted.

“The internet has been restored. Other platforms are still under review,” Ofwono Opondo, the spokesman, told AFP.

“We shall go full throttle depending on what happens in the initial phase of opening connectivity… We advise internet users, especially those from the opposition, not to use it to promote hate messages, threats” and intimidation.

Social media access remained patchy in the capital Kampala, where millions of internet users have been unable to send emails, search the web, or use Facebook, WhatsApp and other communication platforms for the better part of a week.

NetBlocks, a non-government organisation that tracks internet shutdowns, said network data showed a rise in connectivity in Uganda to 37 percent after all but core infrastructure, regulatory and government networks were switched off.

“This suggests that Uganda’s election shutdown, or at least the procedure under which it was implemented, was planned some time in advance. This has been one of the more orderly nation-scale network blackouts we’ve tracked,” NetBlocks told AFP.

The headquarters of Wine’s National Unity Platform (NUP) in Kampala was under police guard Monday in what the opposition leader called a “raid” by security forces.

“Museveni after committing the most vile election fraud in history, has resorted to the most despicable forms of intimidation,” Wine tweeted.

Uganda police spokesman Fred Enanga said 55 people had been arrested over the election period for “violent acts” including blocking highways and damaging property.

“Though the polls were peaceful and a success, there were criminal elements that wanted to cause violence,” he said, adding the accused would face court.

Is there any evidence for coronavirus lab release...

Rep. Jim Jordan: When you drain the swamp,...

Britain to remain in lockdown till at least...